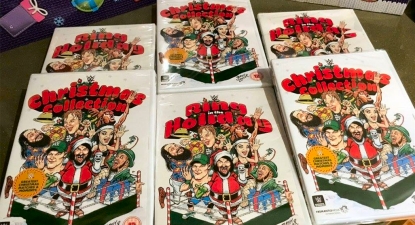 We just selected the latest winners in our WDN Christmas Giveaway.

And since we promised to give away WWE DVDs and Blu-rays every week over the festive period, it’s time we got started on this week’s opportunity to win!

This time around you can win the Steelbook Blu-rays you see pictured in the goodies below. Up for grabs are the 2016-released “Eric Bischoff: Most Controversial Figure”, “Scott Hall: Living On A Razor’s Edge”, and “Brock Lesnar: Eat. Sleep. Conquer. Repeat.” Steelbooks.

Make sure you are signed up to our free email list (click here or input your email address in the box above) to be eligible to win — and to receive our breaking news straight to your inbox!

Once again this giveaway is open worldwide and if you’re already on our list, you’re already in! Should you be selected as a winner we will email you to confirm next week. 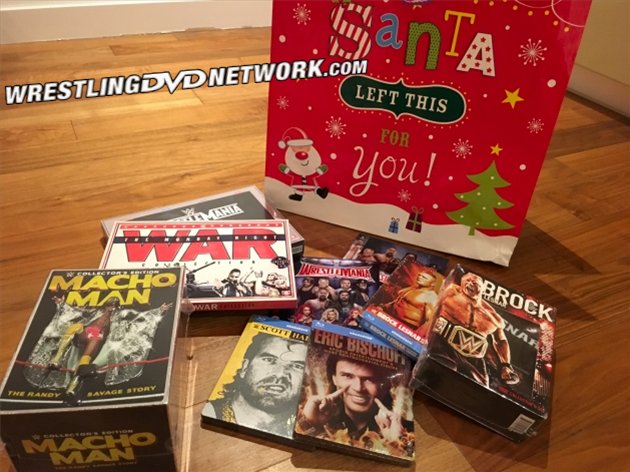 WrestlingDVDNetwork.com can now exclusively reveal the cover artwork WWE has planned for TLC: Tables, Ladders & Chairs 2016 when it hits stores on DVD early in the new year.

The PPV was headlined by Dean Ambrose vs. AJ Styles in a WWE World Championship TLC match. Styles has made the cover of this one; a slightly modified version of the event poster.

Check out the reveal below and be sure to lock in a pre-order for the TLC 2016 DVD, or instead the UK exclusive Blu-ray if you’re in Europe. Any extras should be confirmed soon. 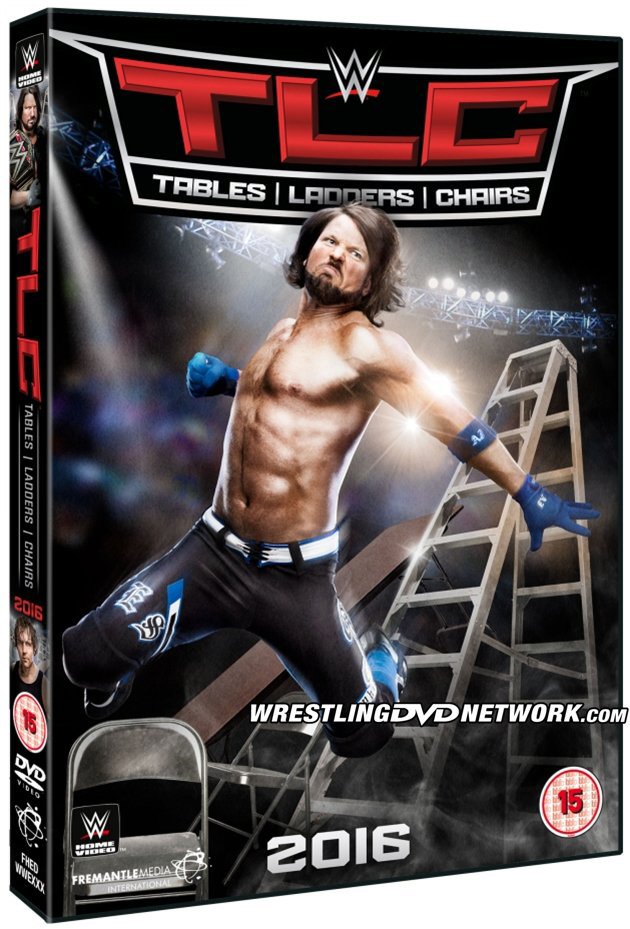 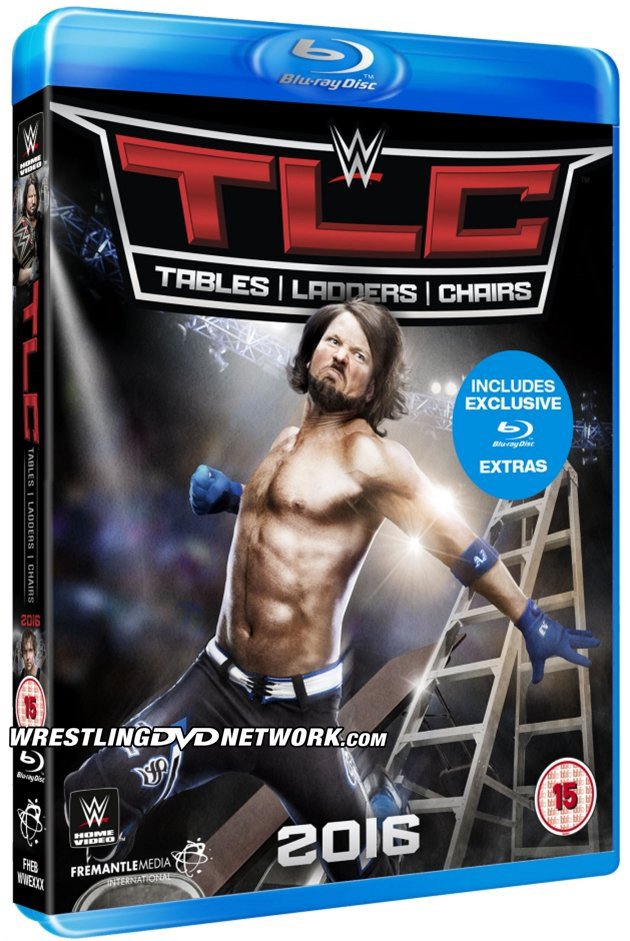 They’re due for release in January and February respectively. Find them here:
– Best PPV Matches 2016 [DVD]
– The Best of RAW & SmackDown 2016 [DVD]

Also now revealed to be on the way early in the new year is a “WWE Action 6-Film Collection”, packing in all of these WWE movies: The Condemned, The Condemned 2, 12 Rounds 3: Lockdown, Countdown, See No Evil, and See No Evil 2. 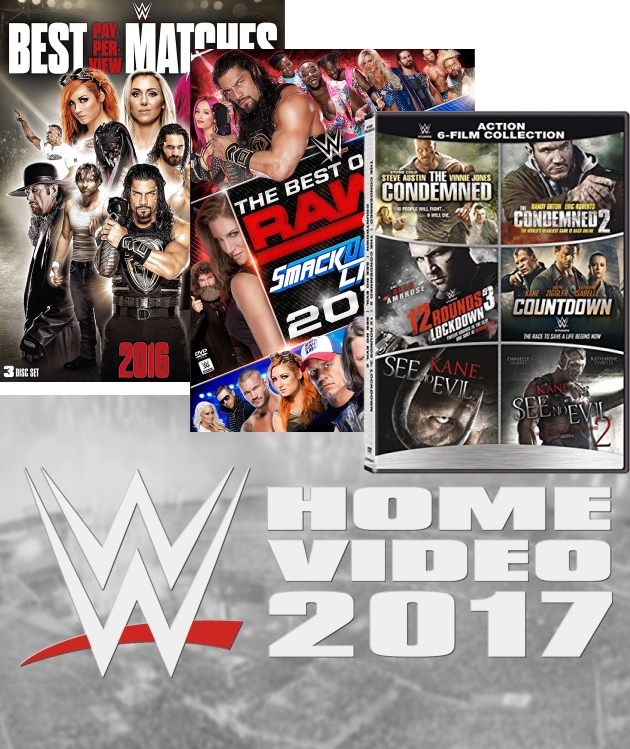 Speaking of new releases, “Timeline: The History of WCW – 1987” landed this week! Joining Kayfabe Commentaries for this addition to the Timeline WCW DVD series is Tully Blanchard.

Get hyped with the trailer and promotional material below, then go grab a copy at KayfabeCommentaries.com.

The white-hot Four Horsemen were storming through Jim Crockett Promotions as 1987 began. Fans came out by the tens of thousands to see them hopefully get their comeuppance. They were hated, and loved for being hated. But no one knew that an implosion to that original Horsemen line-up was coming. Heck, who thought Ole would ever be cheered?!

But as good as business was, subtle shifts began to signal potential trouble. Crockett moves his entire operation to Dallas upon expanding there, incurring sizable expenses. Ron Garvin would win the Heavyweight title as houses began to suffer. What was to come?

Join arguably the most hated member of wrestling’s most notorious faction ever, as Tully Blanchard sits down with you to draw back the curtain on everything happening in 1987. 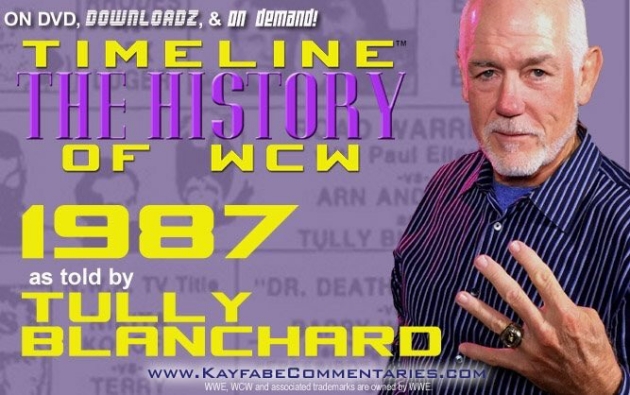 This eBay seller has brand new, still-sealed copies of the “Macho Man: The Randy Savage Story” Blu-ray on sale right now for just $5.99 each, and that includes FREE shipping too!

Thanks to WDN reader Luke Carra for sending word of the steal. 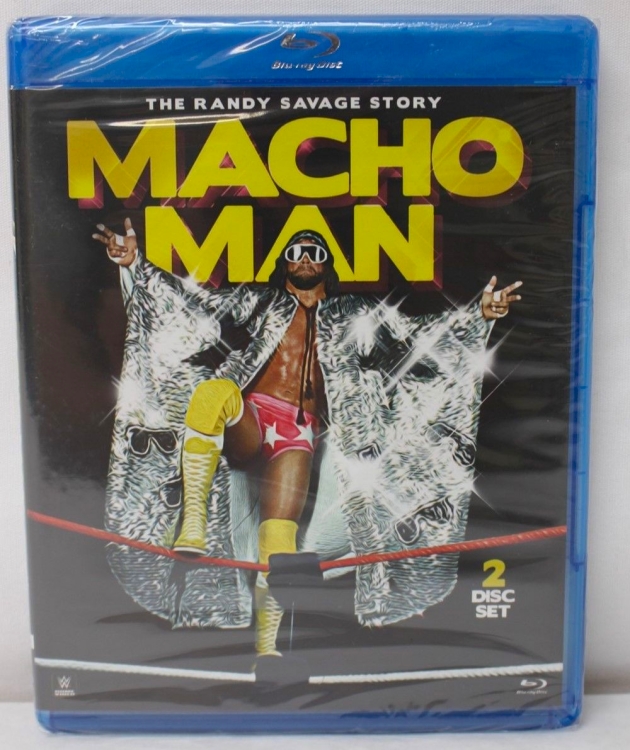