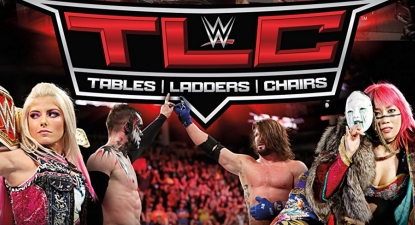 WWE just finalized the official cover artwork for this past Sunday’s TLC PPV!

The TLC: Tables, Ladders & Chairs 2017 DVD will feature a chaotic card of matches that, due to medical issues suffered by two Superstars, WWE was forced to change in part at the very last minute — but those changes would lead us to the in-ring return of Kurt Angle and an impromptu, first-ever match between AJ Styles and Finn Bálor, on a night Asuka would make her RAW debut.

The TLC DVD will land in the United States this time next month (soon to be listed on Amazon.com) and will follow to the United Kingdom in December (already listed here on Amazon.co.uk).

Let’s take a look at both sides of the official artwork. The front cover features The Shield Kurt Angle, Seth Rollins and Dean Ambrose as Kurt replaces Roman Reigns on the original event poster.

The back captures a moment that was just “too sweet” and reveals an extra planned for the DVD. 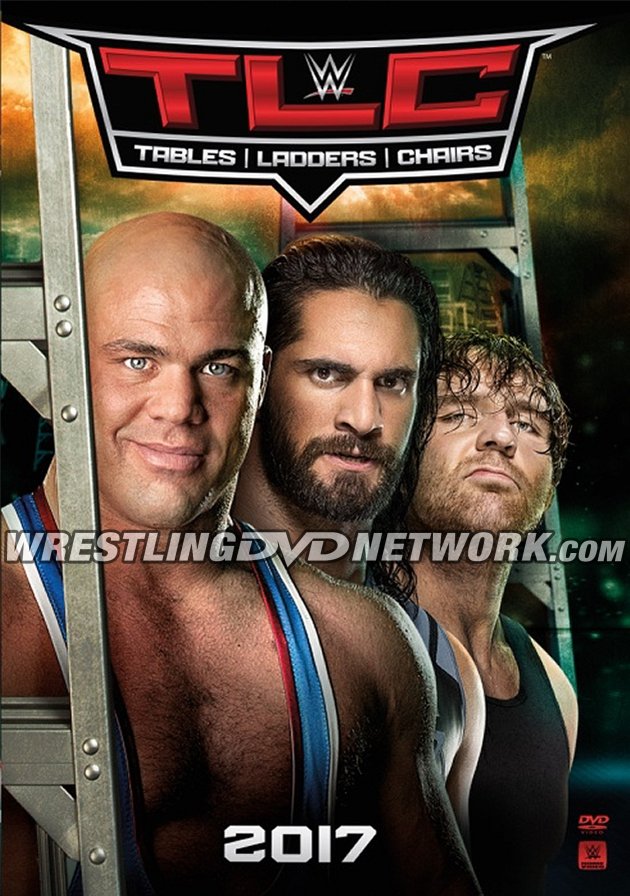 There’s one sole extra confirmed here, which as usual comes to us from the event’s Kickoff Show: 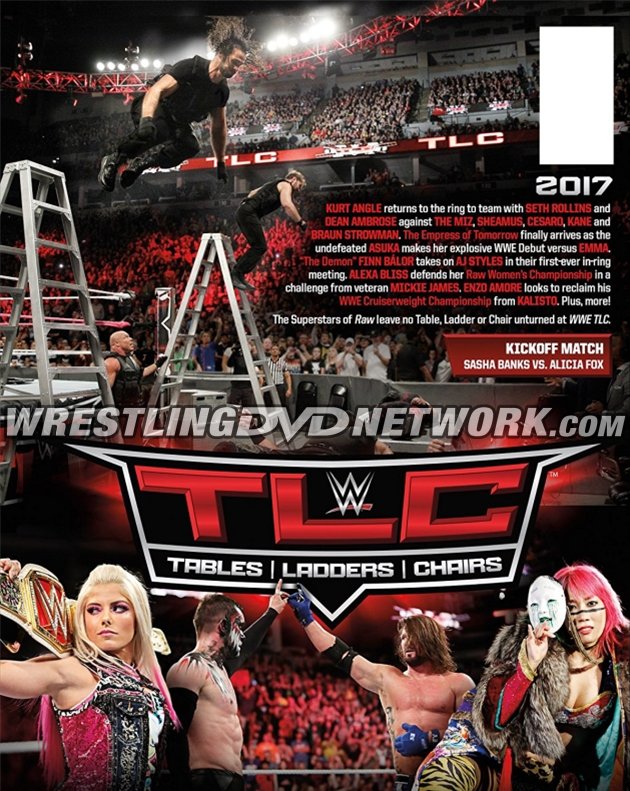