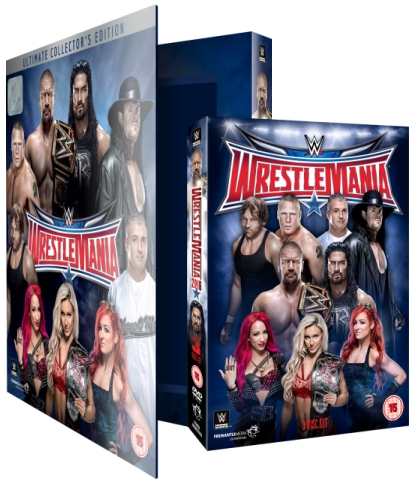 WrestleMania 32 is officially the next WWE Home Video incoming for release — the 3 disc DVD and 2 disc Blu-ray is scheduled to hit stores across the United States 1 week today!

This time next month fans in the UK will be treated to an exclusive box set containing the DVD and “one of a kind” memorabilia. We’ve been hinting at the contents for weeks but can now confirm that the Shane McMahon million dollar bill and WrestleMania ring canvas made the cut. 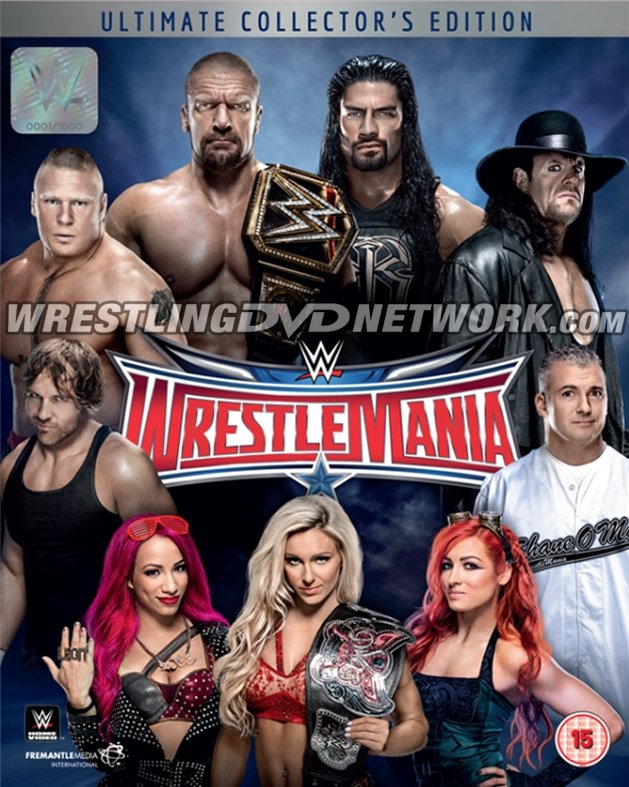 And that’s not all – there will also be an item signed by WWE Hall of Famer, STING!

The “WrestleMania 32 – Ultimate Collector’s Edition” will include all of that and an outer box set featuring alternate artwork (shown above). It’s coming on June 6th and right now if you pre-order a bundle at WWEDVD.co.uk you can take £3.00 off with promo code “ULTIMATE32”.

The “ULTIMATE COLLECTOR’S EDITION” will include exclusive WrestleMania memorabilia and prop items used at the event itself which are not available anywhere else and will be individually numbered to 1,000.

AN ACTUAL PIECE OF RING CANVAS FROM WWE WRESTLEMANIA 32 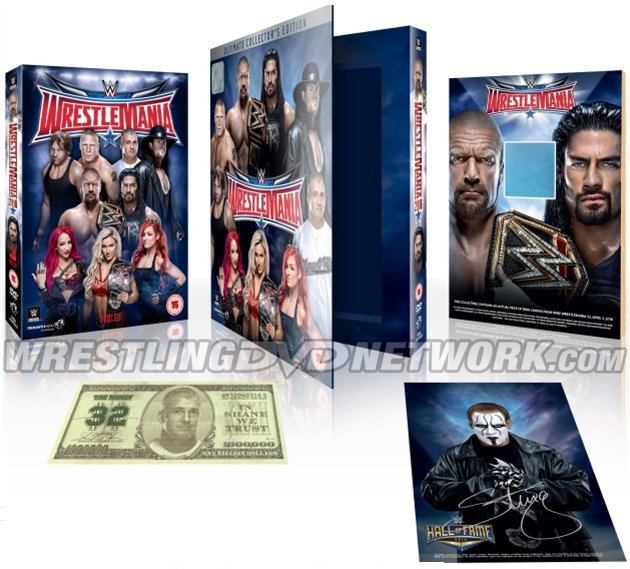 – USA: Next Tuesday! Get it on DVD or Blu-ray via Amazon.com or WWEShop.com.

– Australia: May 18th. Pre-order a DVD or Blu-ray copy at Madman.com.au.