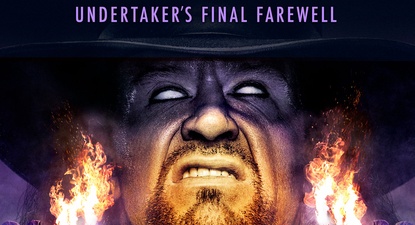 The cover artwork for WWE’s Home Video release of Survivor Series 2020, headlined by a final farewell to The Undertaker, has just been signed off by the company – WrestlingDVDNetwork.com has your exclusive first look!

We have word that the 2-disc DVD set (also to be made available on Blu-ray in the UK and Germany) will include some Undertaker extras, in addition to the Kickoff Show match prior to the event.

The Survivor Series 2020 DVD is scheduled to hit the United States first on December 29th, following on both DVD and Blu-ray to fans in the UK on January 18th, 2021 and to Germany on January 22nd, 2021 (pre-orders available soon via Amazon). 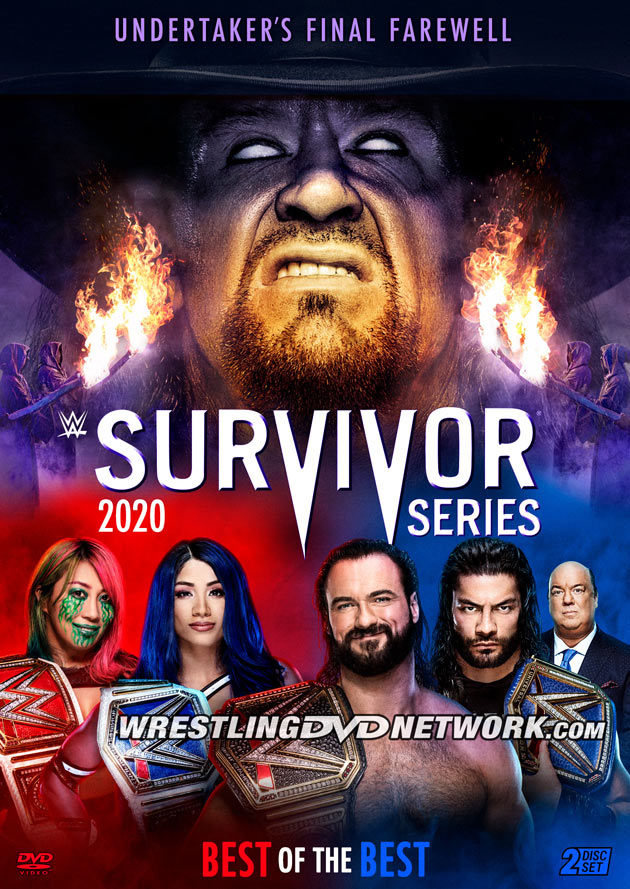 Best of the Best

The New Day vs. The Street Profits

Thankful for the 24/7 Championship

The special features (on both the DVD and the UK’s Blu-ray) will include the Kickoff Show match:

They will also include The Undertaker’s debut in 1990 and his last match 30 years later from WrestleMania 36:

Speaking of ‘Taker, the UK exclusive Collector’s Edition of “Undertaker: The Last Ride” on Blu-ray has officially released this week!

Unless you’ve been living in a coffin, you’ll know by now the package includes: the Blu-ray, a slipcover with alternate artwork, a mini comic-book, and a hand-signed photo of The Undertaker!

It appears quantities left available are running low; as of yesterday for the remaining stock the price has been increased to £99.99 per box set, so you’re one of the lucky ones if you scored a lower pre-order price. If you want to get your hands on a copy, head over to WWEDVD.co.uk now, before your opportunity rests in peace. 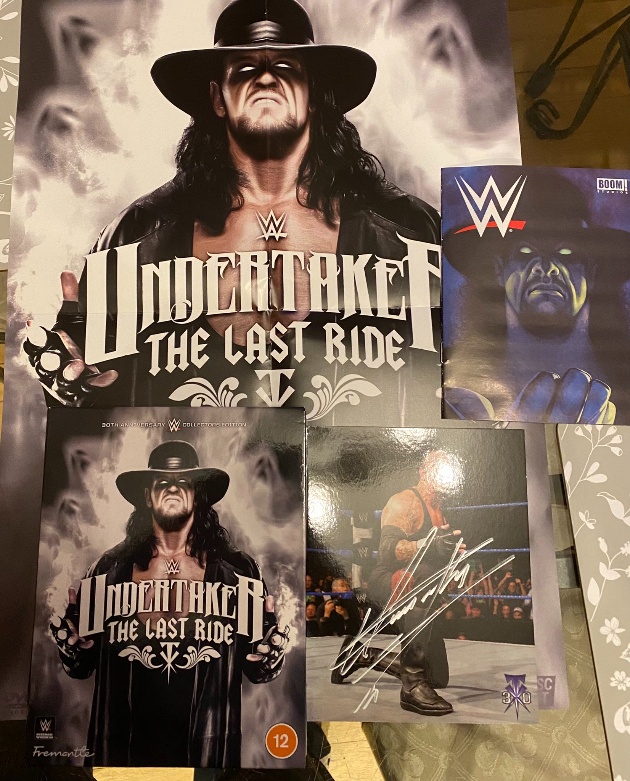 The first photos of the “30th Anniversary Collectors Edition” have been shared by fans on social media, like this one above courtesy of Adam Dobson.

The free “bonus item” we mentioned in our last update turned out to be a large poster that features the alternate artwork from the Collector’s Edition and the Walmart exclusive in North America.

Got The UnderTaker “The Last Ride” Blu-Ray from @WWEHomeVideoUK today and got a free poster with it. Amazing work guys and a docuseries really worth watching. One love. pic.twitter.com/ooIXc69ITR

– United States: RIGHT NOW! Get the DVD through Walmart.com, or soon via Amazon.com.

– UK/Europe: RIGHT NOW! Get the DVD (or Blu-ray) on Amazon.co.uk or WWEDVD.co.uk.