ECW Unreleased Vol. 1 is officially released by WWE today. As of this writing you can get it for less than $20 on either DVD or Blu-ray format by clicking here.

Below are new shots of the WWE Falls Count Anywhere DVD and Blu-ray cover artwork, which were revealed over here and at Wrestlingsuperstore.com. 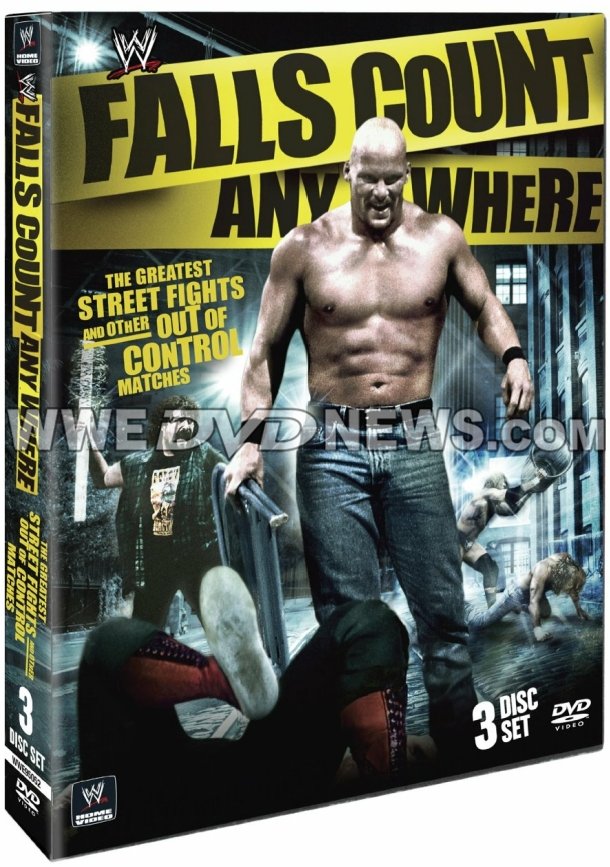 As you may know, the ongoing situation at Silvervision.co.uk has meant the full content listing for Falls Count Anywhere is yet to be revealed. It is on the way though.

In the mean time here are six matches that are confirmed for the DVD.

The following four matches are confirmed to be Blu-ray exclusives on the set.

It’s hosted by Mick Foley and will be released three weeks today [pre-order yours]. 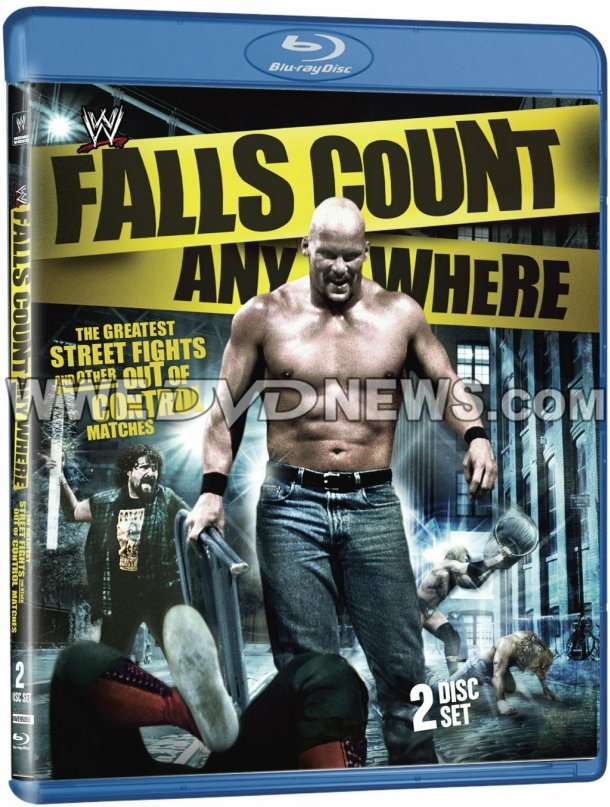 The DVD and Blu-ray of Bending The Rules, the WWE Studios production starring Edge, will be available at all retail outlets from June 26th. Walmart has held exclusivity rights to stock the movie since the initial release.