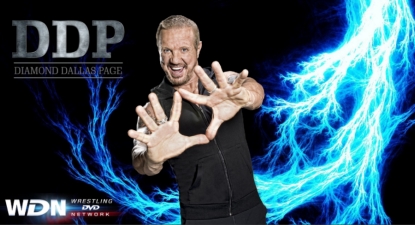 The year is ending with a “BANG!” here at WrestlingDVDNetwork.com as right in time for the holidays we interview “The Master of the Diamond Cutter” himself, WCW legend DDP!

As reported back in October, WWE’s first Superstar-themed DVD release of 2017 (and first Blu-ray of the new year) will look back on the storied, near-30 year career of the former WCW World Heavyweight Champion, as they present: “Diamond Dallas Page: Positively Living”.

We know a documentary portion is confirmed, and we’ve had a few hints at its content, but further details have been kept well under wraps — it’s time we delve a little deeper!

Tag-teaming with My Name Is Simon on YouTube, our exclusive interview with DDP reveals that WWE first approached him about the project last summer, which was met by a keen response from Dallas having enjoyed their 2016 documentaries on Scott Hall and Eric Bischoff, and on the back of his past experiences with WWE Home Video hosting the “Very Best of WCW Nitro” series.

On the topic of the DVD’s title, we have learned that WWE approached DDP with a number of different possible names and the decision was made to go with “Positively Living” based off the vibe of the documentary content, while also being a play on the “Positively Page” book from his WCW days, and a new project Dallas has lined up for 2018 named “Positively Unstoppable”.

Diamond Dallas Page gave us the scoop on the first match confirmed for inclusion in the DVD and Blu-ray compilation (listed above); his first ever match on PPV. He also referred to a match with Johnny B. Badd, possibly their bout at Spring Stampede 1994, and promised fans they’d also see “Savage matches”, “Sting matches”, and many of his “World title matches” too.

By all accounts the matches were chosen by WWE with DDP able to tweak their selections as he felt necessary. As for the documentary, it’s not yet finished – but a WWE producer has described it as “inspiring, entertaining and funny”, with several outtakes we might see wind up as DVD extras. 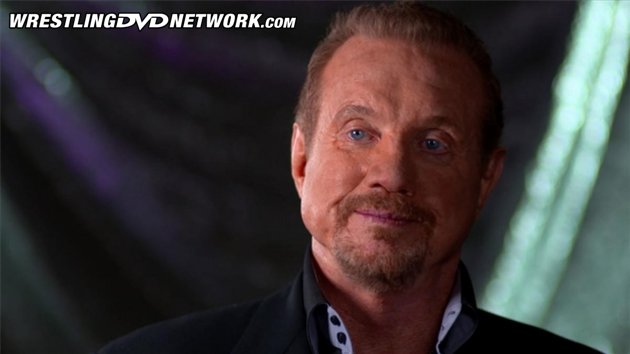 In addition to Page’s family and friends, Eric Bischoff, Booker T and Mick Foley are among the names that will definitely be showing up as interviewees in the feature. DDP has also now confirmed our earlier report that WWE reached out to and interviewed his ex-wife and WCW valet Kimberly.

The one star he would have most liked to have seen contribute is the late Dusty Rhodes. Sadly, it doesn’t appear WWE has much in the way of footage of Dusty discussing DDP’s career.

You can listen to the entire interview by clicking here or below. On top of the discussion of “Diamond Dallas Page: Positively Living”, DDP gets into it on such topics as: being inducted into the WWE Hall of Fame, the new book he’s writing, how he overcame depression, the success of his “Resurrection of Jake The Snake” documentary, and plans to re-brand DDPYOGA!