For The Best of Raw & Smackdown 2013, we can confirm that unlike the Best PPV Matches 2013 set, a Blu-ray edition is planned right now. The synopsis is shown below and we can exclusively reveal a few bits of content slated to be included.

WWE Superstars deliver 52 weeks of action on Raw and SmackDown per year, with no off-season. This DVD/Blu-ray set compiles the most thrilling matches and segments from the year 2013. Witness the epic rivalries, shocking moments, and all the biggest stars that defined the calendar year in WWE. Featuring John Cena, Daniel Bryan, Rob Van Dam, Chris Jericho, Sheamus, AJ Lee and all the top Superstars and Divas. Showcasing the year’s fastest rising stars such as The Shield, The Wyatt Family, Curtis Axel and “Faaaandaaaangoooo”!

So far we can confirm the following content: Brock Lesnar’s office invasion of WWE Headquarters, segments from CM Punk’s WrestleMania feud with Undertaker and Paul Bearer, Mark Henry’s “retirement” speech, and The Brothers of Destruction reuniting.

With the photos below, we can now reveal the type of packaging WWE has planned for the 12-disc “Raw 20th Anniversary Collection” DVD box set this December. It looks to be a cardboard design with a book style spine and a thick outer slipcover. Do note that this is just early concept packaging shown and may differ for the final product. 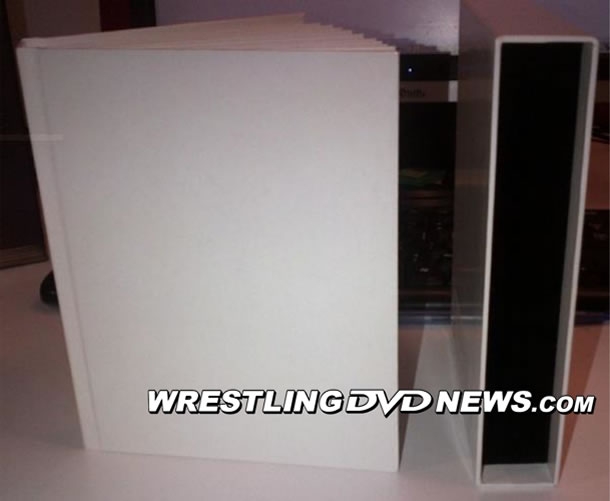 Official information we’ve received also suggests that the box set will be available for a shorter time than the average WWE DVD release, with limited quantities produced. You can pre-order yours now for $79.99 by clicking here. The box set releases on December 3rd. 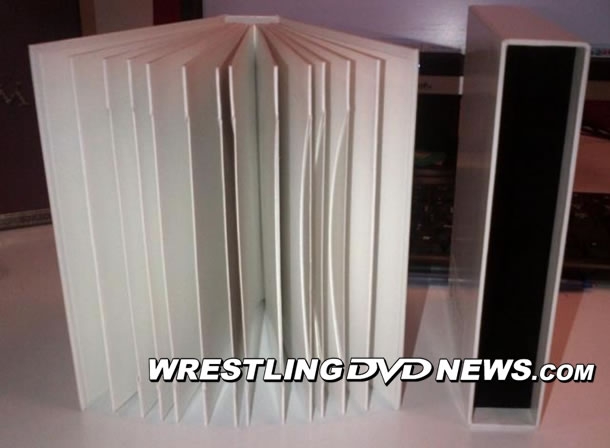 In just a few hours this eBay auction expires. It’s the complete WrestleMania Anthology DVD box set and is currently only $56.00 with FREE shipping! 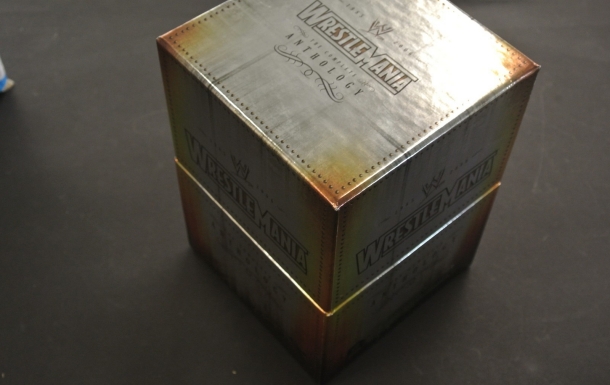