A few weeks ago it was revealed that “Best of WCW PPV Matches” is the latest World Championship Wrestling themed DVD in the works for next year.

We can now confirm its go ahead and exclusively release the official synopsis. The project boats being the “first ever all-encompassing WCW pay-per-view match compilation” released by WWE and is slated to include several matches never before released on Home Video. It’s coming to both DVD and Blu-ray formats on March 11th, 2014.

Starrcade! Halloween Havoc! The Great American Bash! Road Wild! For the first time ever, collect all the greatest pay-per-view matches and moments from the rich history of World Championship Wrestling. During the 1990’s, WCW showcased numerous legends of sports entertainment, producing an annual slate of wildly successful pay-per-view events.

From Ric Flair’s championship clashes with the enigmatic Sting, to the n.W.o running roughshod over the promotion, early thrillers between legends Eddie Guerrero and Rey Mysterio, and brawls amidst a sea of Harleys at Strugis, “The Place Where the Big Boys Play” brought the primetime audience to their feet. In this 3-disc DVD/2-disc blu-ray set, relive these historic years and celebrate WWE’s greatest rival in sports entertainment.

Three WDN readers (Zach Fraley, Anthony Wolf and “Mr. Orange“) have now been in touch with us confirming the Buy 1 Get 1 Free sale on WWE DVDs running at some FYE stores right now. Below are photos of their purchases in the sale. Thanks for sharing!

Included are volumes of the SummerSlam Anthology at just $9.99 each. 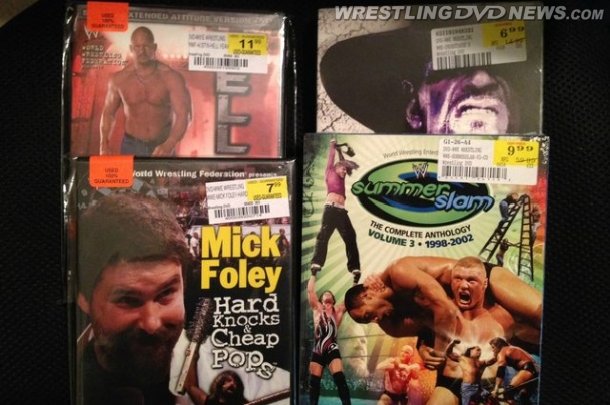 A Blu-ray edition of Best PPV Matches 2013 will be released in January to the United Kingdom and Europe through WWEDVD.co.uk. As reported, this is a DVD only title elsewhere. 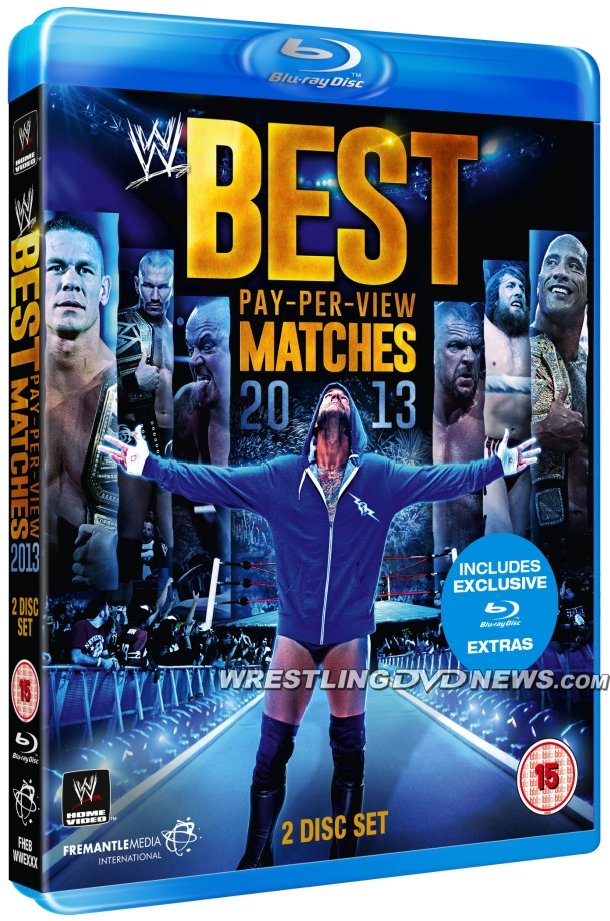 The plan is for the Blu-ray to include 5 extra matches on top of the previously revealed content. Two of those matches are ready to be revealed, exclusively below.

WWE Tag Team Championship Match
The Shield vs. The Usos
Money in the Bank Kick-Off • July 14, 2013

The Best PPV Matches DVD will hit US stores on December 31st; pre-order by clicking here. As of now the release date of the UK’s Blu-ray edition is January 13th at WWEDVD.co.uk.

Keep an eye on these auctions for WWF/E DVDs ending today and tomorrow. Amongst them are WrestleMania 17, the brand new RAW box set and recent Blu-rays!

Just click any of the links below to go to each eBay listing. 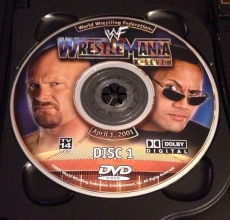