We can now reveal the official synopsis for The History of WWE DVD & Blu-ray, which is scheduled to be released as a 3 disc DVD and a 2 disc Blu-ray set.

The History of WWE celebrates 50 years of sports entertainment by chronicling the evolution of WWE from small regional promotion into a worldwide phenomenon With new interviews from several key personalities past and present get the inside story behind each era of WWE as well as all your favorite moments and Superstars.

The History of WWE will hit stores in the United States on November 19th, of course we will have more details on this set in the coming weeks. 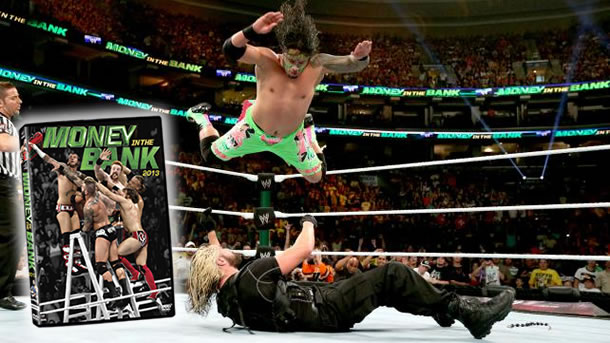 Following the trend of the past few Pay-Per-View DVD releases, the Money in the Bank 2013 DVD will feature the “Kickoff” match between The Shield and The Usos, click here to pre-order.

As we reported previously Money in the Bank 2013 will also be released on Blu-ray, initially as a Best Buy exclusive. We expect details of the Blu-ray special features to be available shortly.

We have some more information on the upcoming Legends of Mid-South Wrestling DVD release. The total runtime for the DVD will be approximately 6 hours and 3 minutes.

The Blu-ray exclusive content is slated to run for 1 hour and 56 minutes, meaning that the total runtime for the Blu-ray will be: 7 hours and 59 minutes.

View the full match listing for The Legends of Mid-South Wrestling. You can pre-order your copy now on DVD or Blu-ray format for September 10th by clicking here.