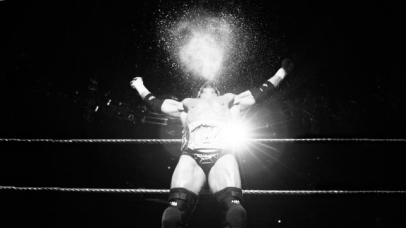 Promising to delve into The Game’s entire career with an in-depth documentary, the new feature is coming on both DVD and Blu-ray formats. We can now exclusively reveal the official synopsis for the set and first details of what to expect.

Triple H continues to build upon his enduring legacy. From 13-time World Champion to COO, Triple H has played multiple roles spanning decades. Packed with over 3 hours of documentary footage, all-new interviews and matches, this compilation profiles Triple H’s entire career as well as his current executive role with the WWE.

Although the synopsis mentions 3 hours of documentary material, our information tells us that the main feature will in fact have an approximate 2 hour runtime. Therefore the extra hour referred to above may well be Blu-ray exclusive content.

Expect to see around 7 hours of footage in total contained on the DVD version, 5 hours of which will be devoted to extra matches and special features.

The release has not yet been given an official name, but you’ll be able to pre-order the new Triple H DVD or Blu-ray on major retail sites in the coming weeks.

WWE Extreme Rules 2013 will be released on DVD in 2 weeks time.

It is likely the only Blu-ray edition of the event will be produced in Europe (available next month through WWEDVD.co.uk).

The DVD extras will be the Pre-show match which saw The Miz take on Cody Rhodes, and a selection of highlights from the Post-show.

Pre-order a copy of Extreme Rules 2013 for release later this month by clicking here.