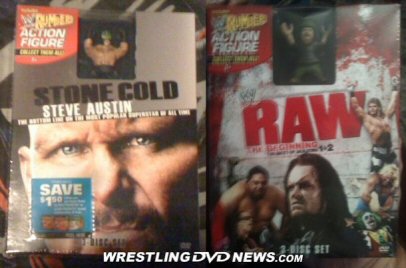 There are reportedly “over 16” titles in the promotion, all 3/4 disc sets with new packaging to accommodate the figures. We’ve heard the cost of each pack at Walmart is $14.96.

It is interesting to note that the packaging for Raw The Beginning Seasons 1 & 2 (shown in the photo above) says “3-Disc Set” on the front. This title, Stone Cold Bottom Line and The Streak are in fact 4 disc releases despite the apparent misprints in this new promotion. 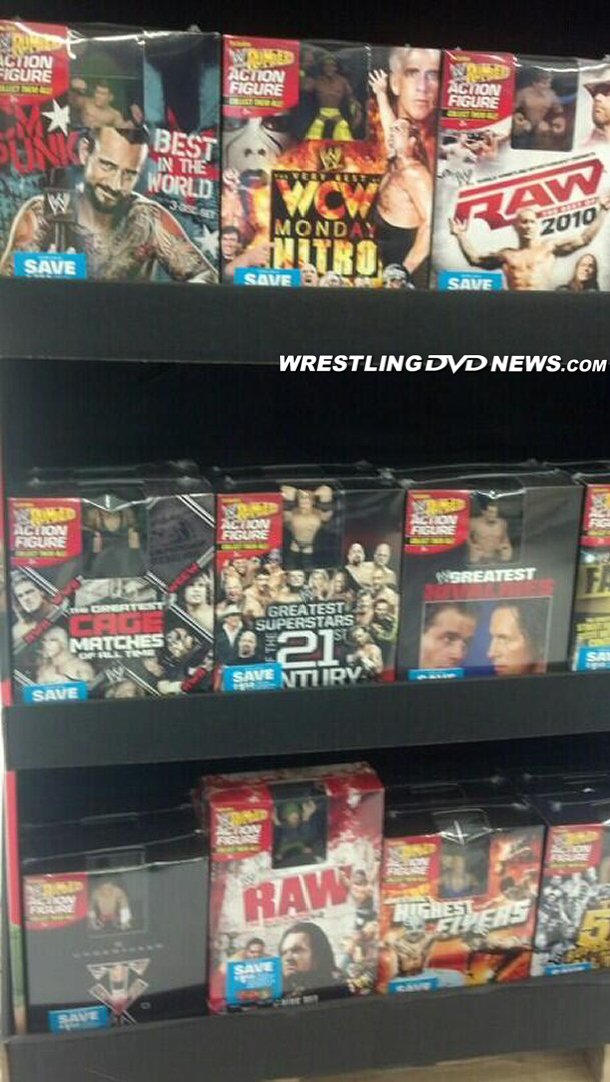 So far we’ve heard of the following 15 packs. There could be a few more in addition.

Last week, “Mr. Fantasy Concept” Mark D posted his episode predictions for the “Raw 20th Anniversary Collection” on Twitter (@_MarkD_). At the time 4 episodes had been revealed by the first official synopsis of the box set and those were included.

You can view the predictions in the image below or click over to Twitter for a larger version. Keep on commenting with your own picks as we love to hear them!

Here are my picks for the Raw 20th Anniversary Collection, including 4 extras for the Blu-ray… What'd ya think? pic.twitter.com/I4H2IWNeeH 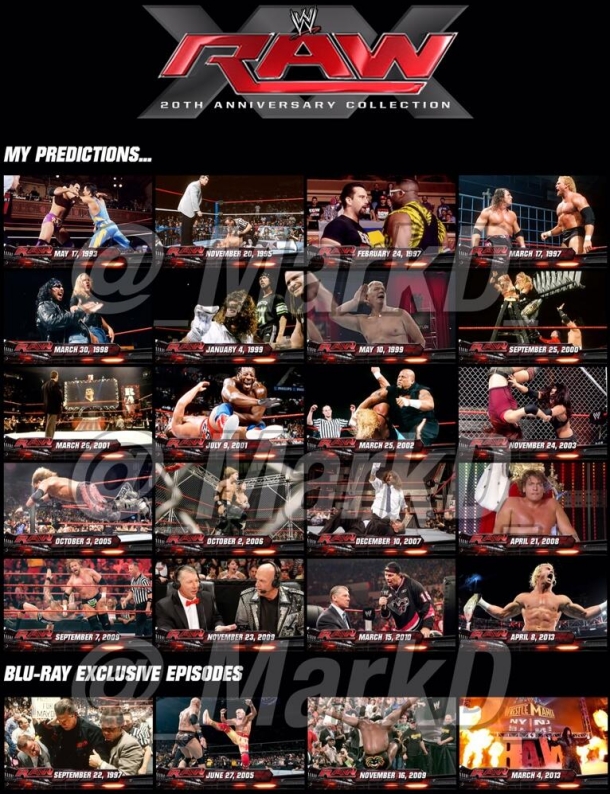 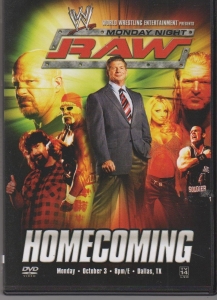 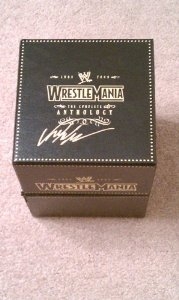 Jamyn Blanton sends word of a Raw Homecoming DVD here on Amazon.com currently listed for $74.95, lower than usual. Another decent deal on there is the WrestleMania Anthology (black version signed by Vince McMahon) pictured above, listed here for $399.99.