The official synopsis, which we can reveal for the first time below, hints that former WCW announcer Tony Schiavone has been interviewed for the countdown portion (likely filmed when he visited WWE headquarters in Stamford, CT earlier this year), and also gives the impression that there will be Crockett era content featured in the DVD and Blu-ray too.

Relive iconic moments such as Hulk Hogan joining the n.W.o., Magnum T.A. and Tully Blanchard’s infamous “I Quit Match”, the Horsemen assaulting Dusty Rhodes and dozens of others in this countdown. 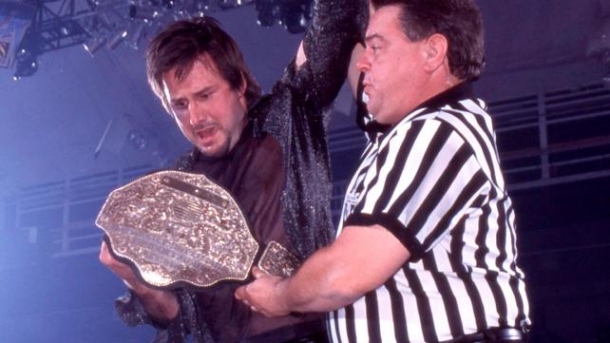 In addition to the content above, we can confirm that the following moments are also planned to be included in the countdown: Shane McMahon & Vince McMahon appearing on WCW TV, Goldberg beating Hulk Hogan for the title in the Georgia Dome, Dennis Rodman joining the nWo, and David Arquette winning the World Heavyweight Championship.

That’s all, so far. What else could be in there? There’s lots to choose from, including: Eric Bischoff giving away RAW results, Arn Anderson retiring, nWo 2000 forming, Madusa trashing the WWE Women’s Championship, Chris Jericho’s “1004 Holds”, Hulk Hogan’s “Fingerpoke of Doom”, DDP swerving the nWo, Jim Cornette falling off the scaffold, and many more!

The new WCW “OMG!” DVD and Blu-ray will be released on August 12th. You can already pre-order a copy with Amazon by clicking here or using the buttons below.

I’m watching The Ultimate Collection DVD and for some reason, WWE’s video department edited out commentary by Schiavone, Heenan, and Tenay during Warrior’s entrance for his final WCW appearance (Nitro • October 26, 1998) and because somebody wasn’t paying attention, it sounds like Warrior’s mic is cutting out for half of his promo! It wasn’t like this on the original broadcast. 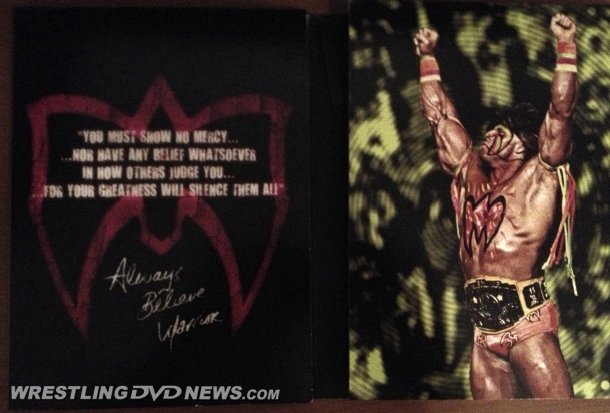 “Batista – I Walk Alone” is the next documentary from a WWE DVD that’s advertised for the WWE Network. Look out for that in the Beyond the Ring category from Saturday night. 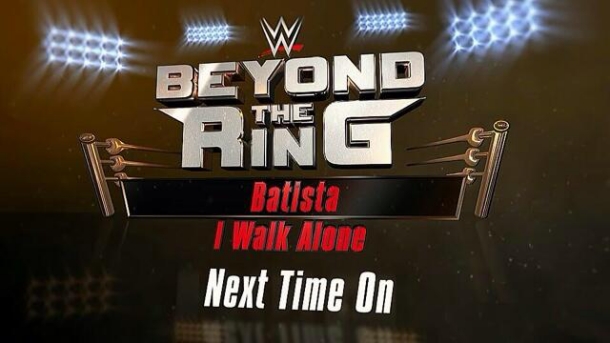 Released today to fans in UK/Europe (here at WWEDVD.co.uk) is “The Best of Raw: After the Show” on DVD and Blu-ray. It will be released to fans in Australia this Wednesday. 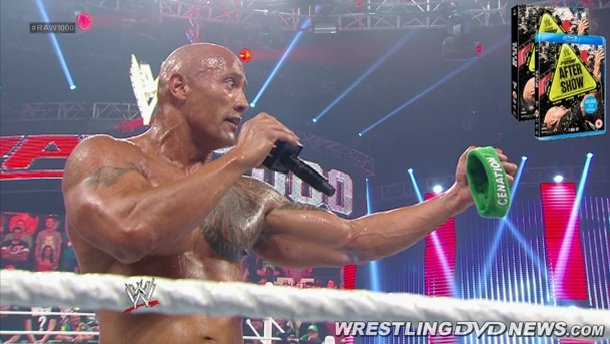 Which wrestling DVDs and Blu-rays sold big in April?

Check out this list of 20 auctions and “Buy It Nows” from eBay. All of these ended with buyers this month and prices reached up to $100! Ultimate Warrior features 3 times.