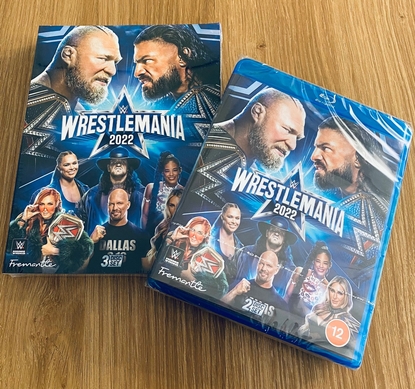 WrestleMania 38 officially released to fans in the UK this week on DVD and Blu-ray!

With the UK release came an old friend we haven’t seen in a while — a Digipak for the DVD version, even a paper insert too. You’ll likely remember the Digipak style of packaging on the many multi-disc WWE DVDs produced over the years for the likes of documentary sets, compilations, and of course ‘Mania too.

Let’s take a look at said Digipak for WrestleMania 38. We’re also giving away two copies of it! 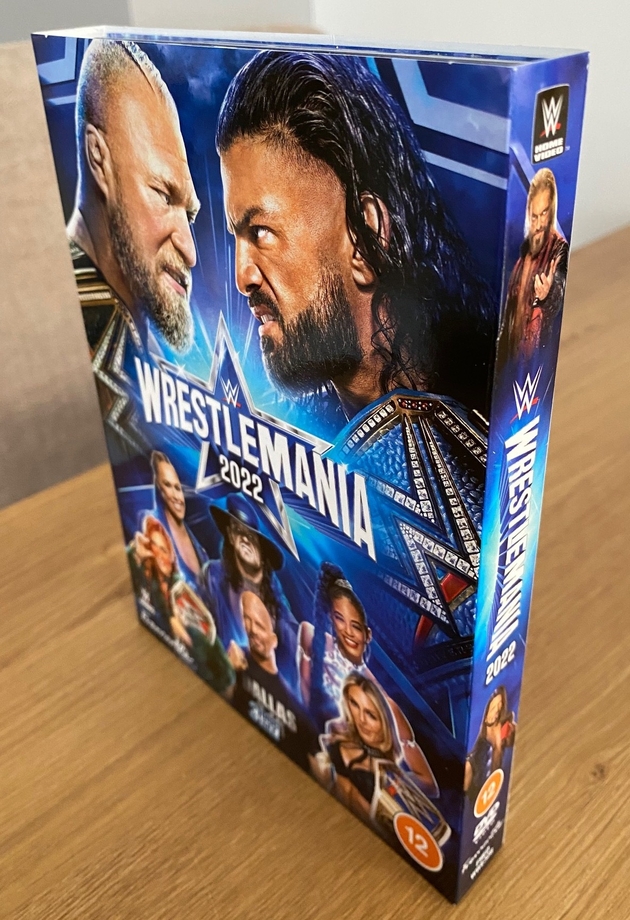 We have two copies of the UK/European exclusive 3-disc WrestleMania 38 DVD Digipak to give away to WDN readers and we’ll happily ship them worldwide!

Simply leave a comment below this article telling us your favorite match, moment or memory from this year’s WrestleMania.

Be sure to use a real email address (not shown publicly) so we have a means to contact you should you be selected as a winner. Two winners will be selected at random from all comments on June 8th 2022. 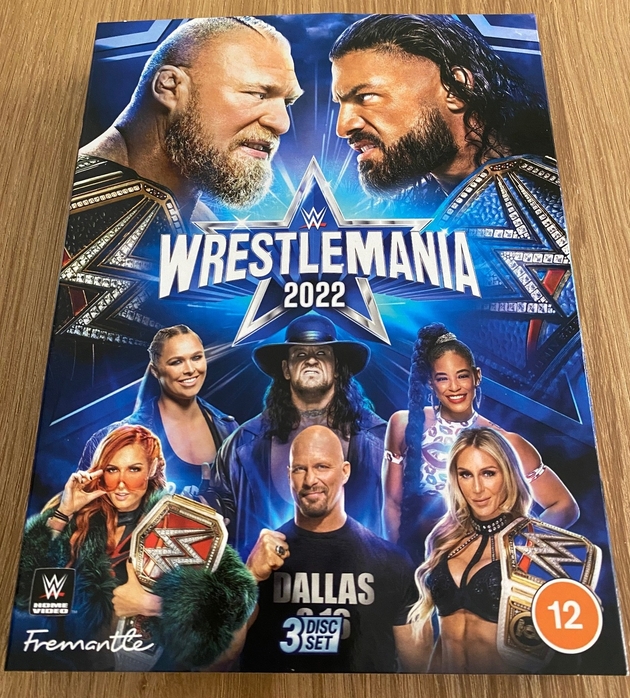 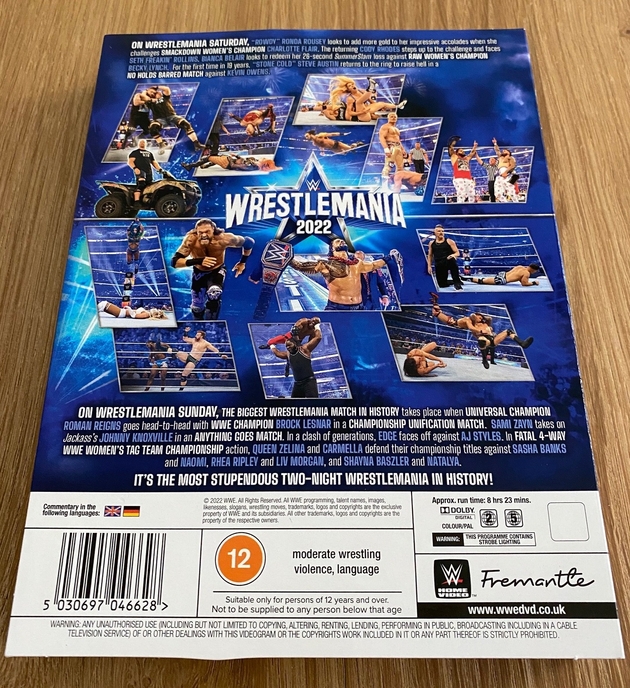 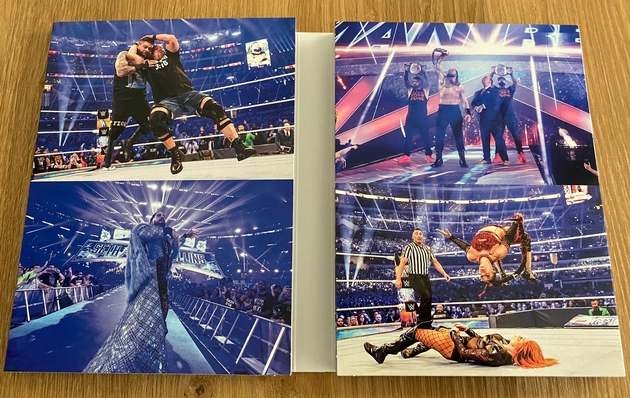 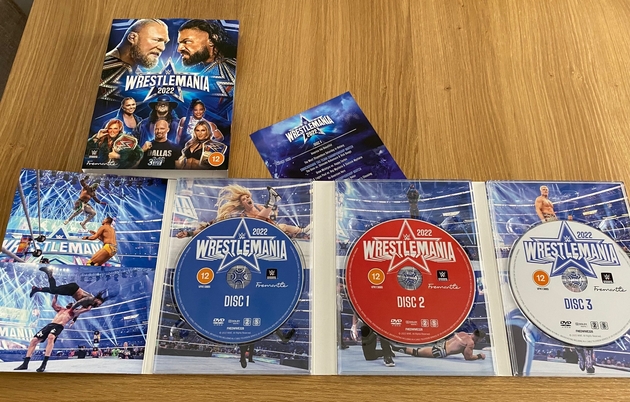 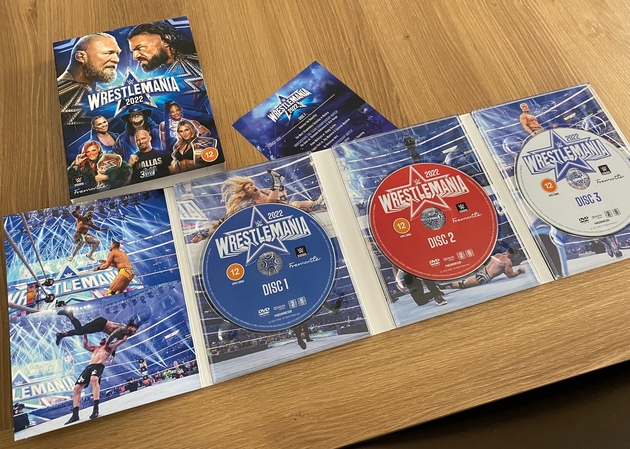 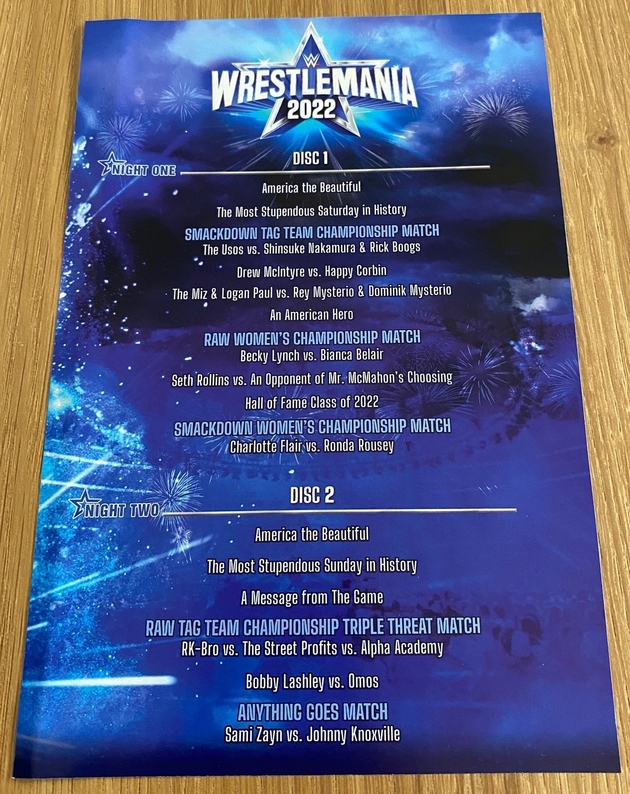 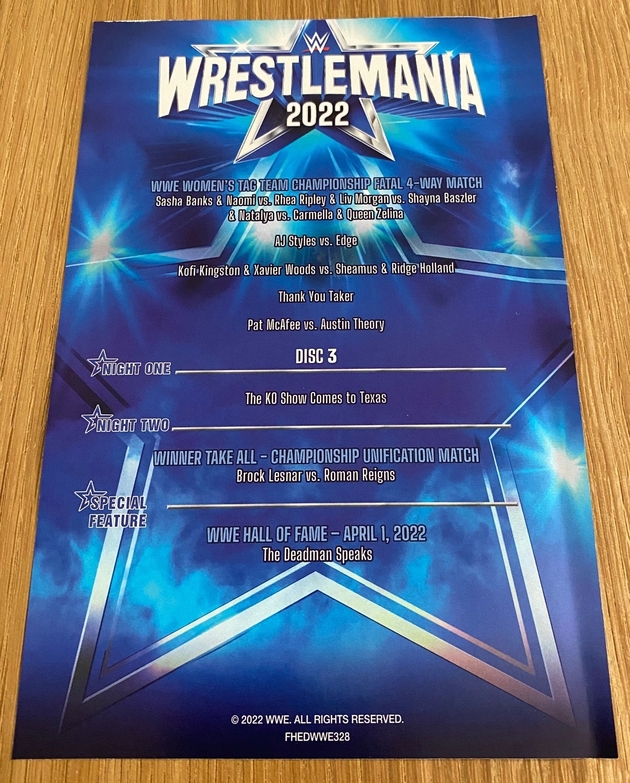 We have two copies of the ‘Mania Digipak to give away and we’ll happily ship worldwide!

Drop us a comment below with your favorite match, moment or memory from the two nights of WrestleMania 38.

Two winners will be selected at random on June 8th 2022. The winners will be contacted on the email addresses provided with their comment (not shown publicly). Good luck! 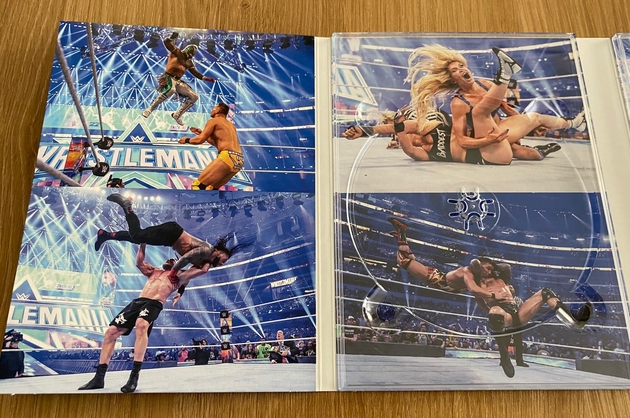 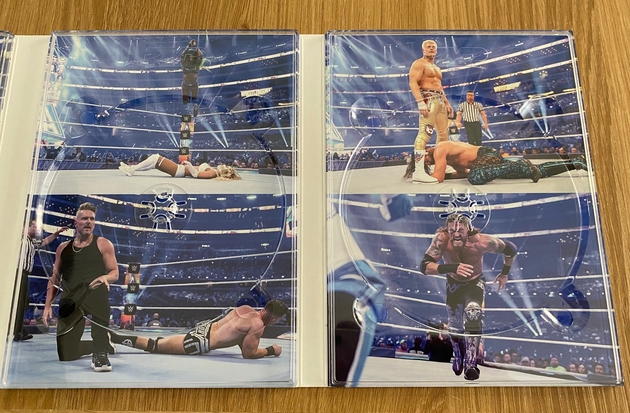 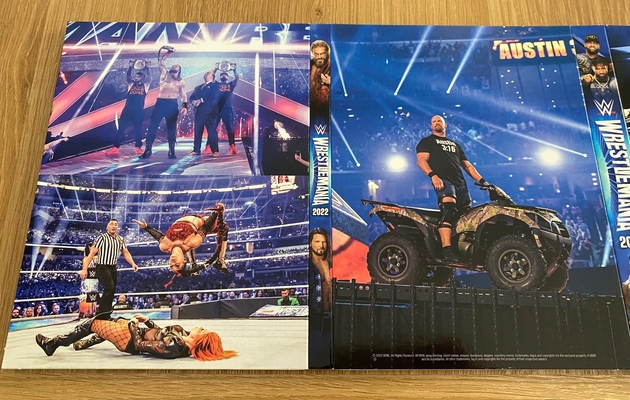 Did you know WrestleMania 38 was also released with alternate artwork for both DVD and Blu-ray?

WrestleMania 38 already hit stores in the US and Canada in recent weeks.

Unfortunately there’s no word on a ‘Mania release for Australia — WWE DVDs still haven’t resurfaced in the region. Madman Entertainment’s license with WWE was not renewed going into 2022. 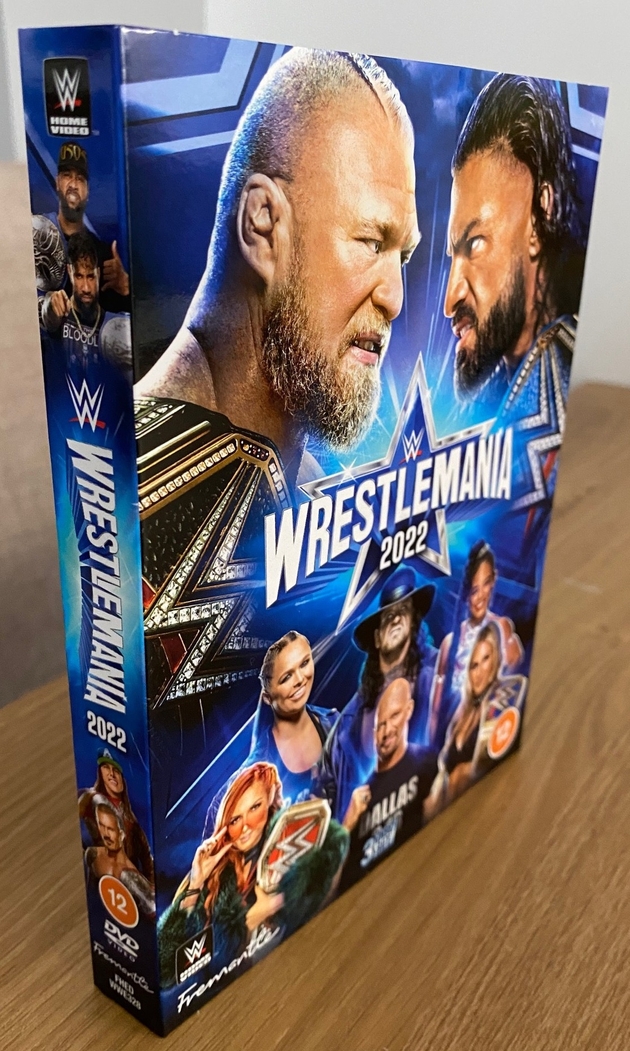 – United States: NOW! After some delay, ‘Mania 38 is now in stock here on Amazon.com.

This Sunday’s Hell in a Cell 2022 PLE now has DVD release dates for the UK and the US:

Amazon already have pre-orders available in both regions. No DVD artwork yet, only the poster. 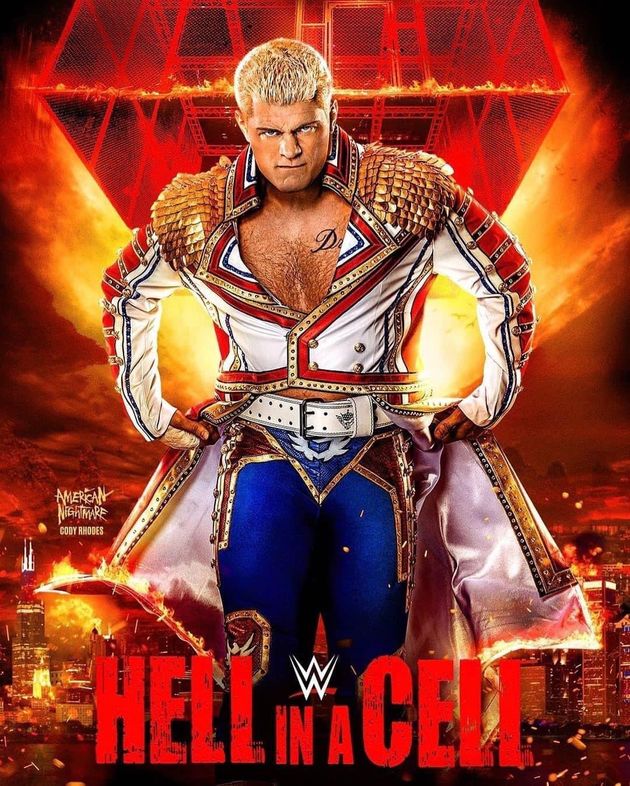 Another new addition to the AEW DVD List, All Elite Wrestling has now released their first PPV event of the year on to DVD — Revolution 2022.

Extras on the 2-disc set include all three matches from the Buy-In (pre-show), “Countdown to Revolution Extended Cut”, and “RJ City’s Road to Revolution”. The cover artwork follows below. 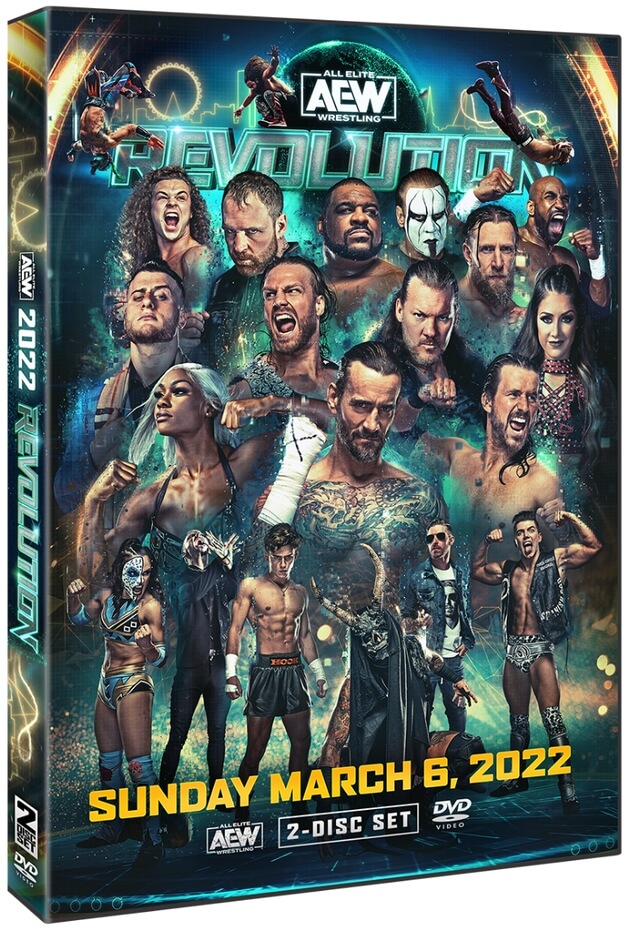 82 Comments left on this article...