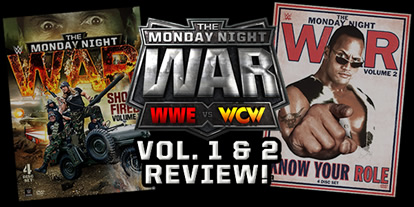 Alright, one WWE Network DVD was okay, two was still fine, three was getting a bit tiresome, but with the fourth and the fifth the camels back is now broken! Yes folks, the two volumes of “The Monday Night War” mark the fourth and fifth WWE Network DVD/Blu-rays which we have seen this year and sadly I don’t see these being the last Network DVDs which we see either!

THE MONDAY NIGHT WAR, the biggest boom time in the wrestling biz, and back when the Network was first launched this series was one which really had folks interested. However, fast-forward and The Monday Night War turned out to be one of the most divisive series that we have seen on the WWE Network (possibly even more than Total Divas!). Initially fans hoped that the series would retell the story of the Monday Night War — a story which we have heard several times at this point, but this time in some kind of chronological fashion. A chronological re-telling would allow us fans to explore some of the lesser-known aspects of the “war”, hear the untold stories and remembers some forgotten matches, moments and superstars.

So, the prospect of getting 20 chapters of a near 20 hour documentary looking at the ENTIRE conflict between World Championship Wrestling and then World Wrestling Federation sounded really rather good. Sadly, however, what we actually ended up with was 20 mini-stories with their primary focus between the period of September 1995 and March 2001. 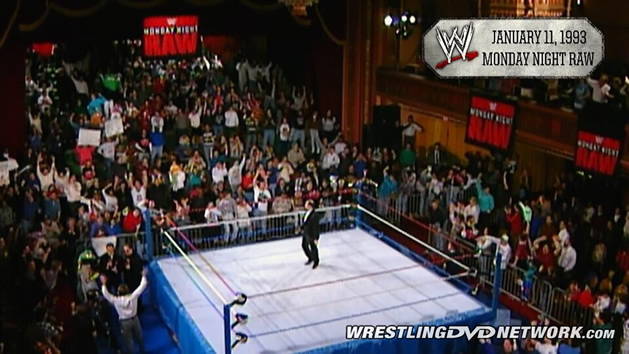 The two volumes of The Monday Night War packaged together the entire run of the Monday Night War series, although they appear on DVD in a slightly adjusted order than they aired on the WWE Network – possibly they appear on Home Video in their true (and intended) order. The average runtime of each episode is around 55 minutes with each taking the format of a mini-documentary in the typical WWE format with a number of talking heads, classic clips and voice over which provides us with the narrative for each of the stories. 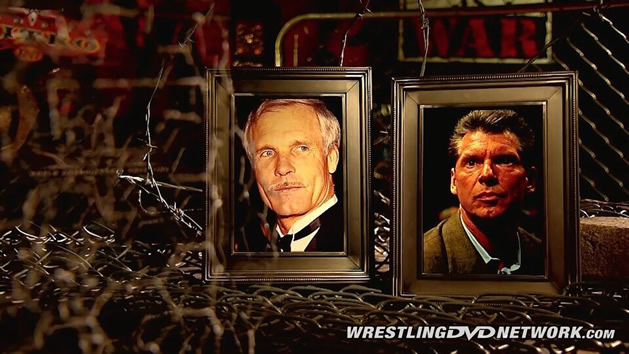 Let’s be clear, I don’t dislike any of the episodes in this series. However, I am really struggling to get on board with the very fact that the episodes have been released on Home Video at all!

A few of the episodes have been available to view on the WWE Network for more than a year now, and I’m sure that the vast majority of you folks reading this have seen at least one or two, so I’m not going to be looking at each individual episode, however I will give you a rundown of some of my favorite episodes in this special “double review”. 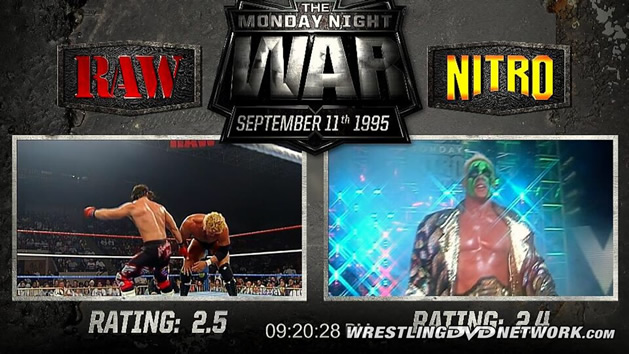 For my money, each episode falls into one of three main categories and my category system is simply based upon how new the story is, or at least what the new twist on the story is (or even if there is one!). Some of the stories have already been told (even as their own individual one-hour documentaries) like “The Rise of the nWo” and “Embracing Attitude” but when they have been transposed here into the Monday Night War series they manage to feel like ‘new’ features. Hell, even The Kliq episode doesn’t feel like the “Kliq Rules” DVD documentary. On the flip side we had episodes like: “The Austin Era” and “The War Gets Electrified” which felt like condensed versions of Steve Austin and The Rock’s own DVD documentaries. I’m still really struggling with the “Monday Night Jericho” episode as well; WHY does Chris Jericho have his own dedicated episode while The Undertaker and Sting (icons of their respective promotions) share an episode. 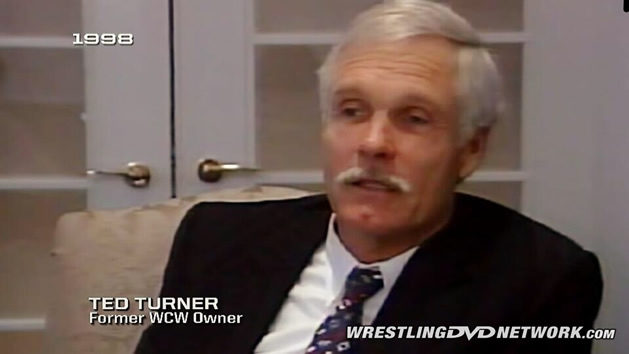 However, there are some really cool little clips and features on the episodes, particularly a 1998 interview with Ted Turner discussing WCW, WWE and the “war”, the footage of Eric Bischoff’s WWE Tryout from 1990, behind the scenes footage of the DX Invasion, the Nitro press conference and lots of other little pieces of footage throughout the 20 episodes. It is really cool when WWE goes out of their way and includes this rare, never before seen footage. 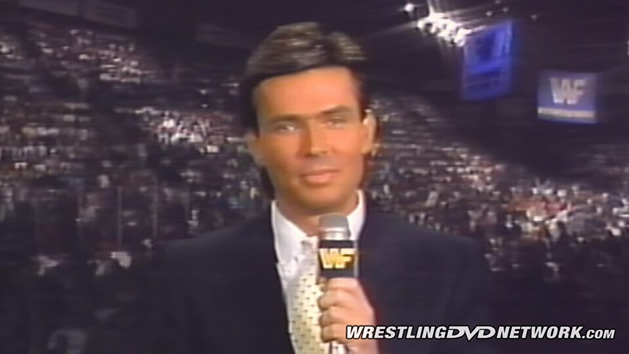 So, that covers the episodes, now lets move on to the extras and bonus features…

The primary extra on these sets (in fact the only extra on the DVD version) is the “Post Episode Analysis” with Sting & Triple H on Vol. 1 and Eric Bischoff on Vol. 2. The “analysis” segments on both Vol. 1 and 2 last around 3 to 5 minutes. While Vol. 1 offers us the views of two individuals – Sting & Triple H (plus we get Renee; you can’t go too wrong with Renee Young on a WWE DVD), the downside is that the limited time doesn’t really allow either party to get too in-depth with their opinions. In fact some of the episodes the analysis doesn’t actually feel like they even really watched the episodes! 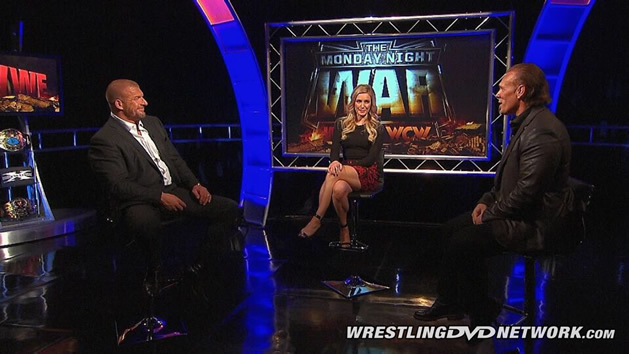 Over on Vol. 2 though we have the singular opinions of Eric Bischoff. In contrast here it does indeed feel like “Easy E” took the time to watch the episodes and he does offer some interesting view points on the episodes talking points as well as some other general opinions. It is especially cool to have some up to date Eric Bischoff POVs, because, well, the interview WWE uses on these episodes is almost 15 years old!

It is the case that WWE did indeed film segments for all twenty episodes with Sting and Triple H, however thankfully these were dropped in favor of those with Bischoff for Vol. 2. 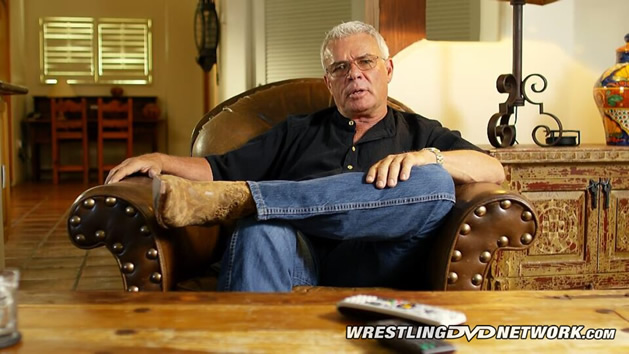 In terms of the DVD extras, THAT’S IT! Those “analyses” were the only form of extra that the ‘DVD folk’ were given. Now, let’s move on to the Blu-ray extras…

In all honesty the matches featured on Vol. 1 were a complete and utter waste of 32 minutes. All three of the matches (Bubba vs. Hogan, Rock vs. Mankind and Goldberg vs. Hugh Morris) have been released almost countless times and add very little to the set. Frankly, the only people interested in this release would have seen those matches at least a couple of times previously. 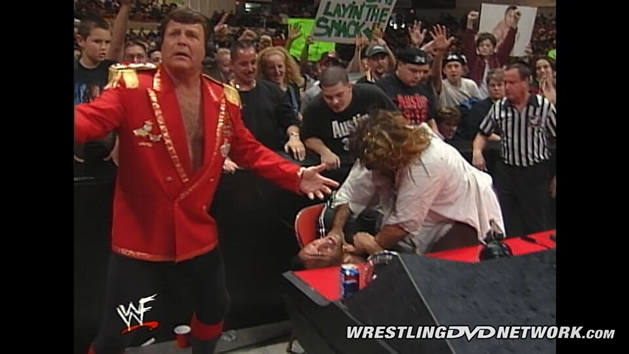 Conversely, Vol. 2 only features the one match. Ironically as well, it isn’t a match from either Nitro or RAW, it’s actually from ECW on TNN! The match features WWE Superstar, Tazz, taking on WCW star, Mike Awesome. For my money this is a really unique match and while we have seen clips of it before, this release here marks the first time it has been released in full on Home Video; because of that, this match is a worthy inclusion as a special feature. 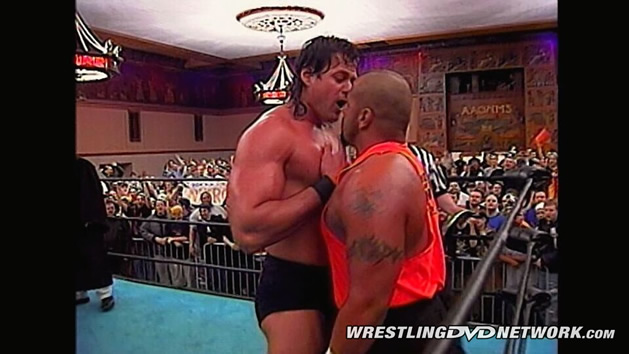 The other main feature of the bonus footage on these two sets are the press conferences – in fact across the two releases we have four, which totals just less than 1 hour and 15 minutes of the Blu-ray extras runtime (that’s damn near 57% of the total extras runtime!).

Vol. 1 features the Monday Nitro announcement press conference from the Harley Davidson Café, sadly however the footage is plagued with audio issues, but it is still a really cool piece of wrestling history that we have never seen before. 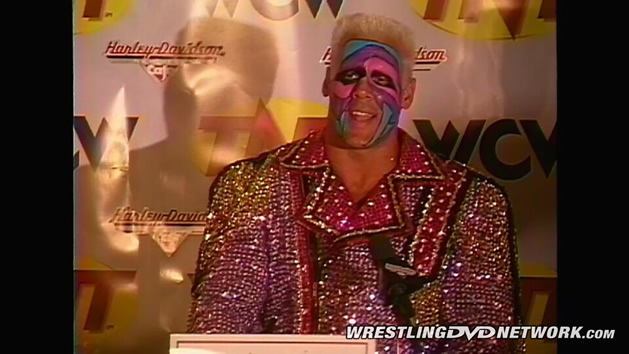 Vol. 2 is packed with an additional three press conferences, firstly the complete Hulk Hogan contract signing from Disney MGM. To my knowledge this is the very first time this footage has ever been released in full and it is another really cool feature. However, I have my suspicions that those “members of the press” asking questions weren’t 100% legit! Ha.

The other two press conferences again are really neat, the first is from just after WrestleMania XIV with Mike Tyson and Steve Austin (yes, the one which HBK tried to interrupt) and the other was to promote the Bash at the Beach ’98 PPV with Hogan, DDP, Karl Malone and Dennis Rodman. 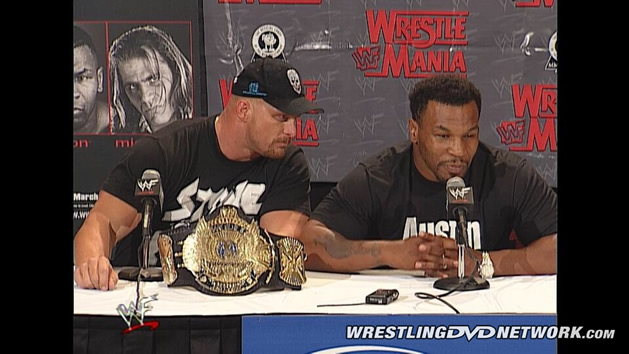 On top of the matches and press conferences we have a handful of other little extras across the two volumes. These included some unseen clips of the DX/WCW Invasion, a segment from Livewire featuring Paul Heyman and a rather bizarre promo from the nWo 2000 where Scott Steiner proclaims that “WCW Sucks”. 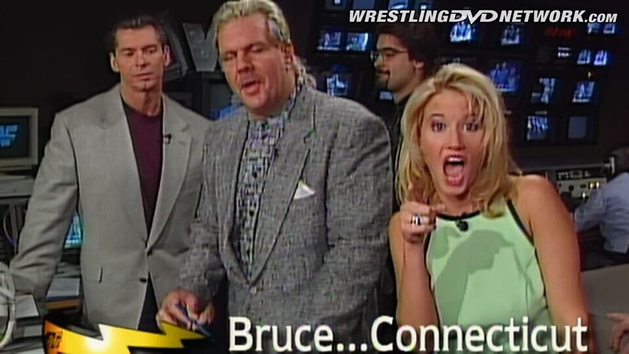 All in all, even though some of the extras are fun (especially those on Vol. 2), I still can’t give either of these sets my full recommendation. Frankly, those extras while fun I don’t see anyone going back and watching more than once or twice. Even the post episode analysis, while cool, isn’t something that you would go back and re-watch all too often. So, with this in mind I have to say for these sets you should just save your money and get yourself six-months of WWE Network subscriptions.

– UK/Europe: Available to order now on DVD & Blu-ray via Amazon.co.uk.

– Australia: Available to order now on DVD & Blu-ray at WWEDVD.com.au.