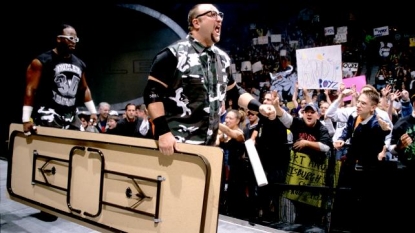 GET THE TABLES… because all this week it’s DUDLEYZ WEEK here at WDN!

As we count down to the New Year through the coming week, we’ll also be finding out what matches WWE has chosen to include in their first Superstar-themed DVD and Blu-ray release of 2016 – “Straight Outta Dudleyville: The Legacy of the Dudley Boyz”.

The new Dudley Boyz DVD will hit stores worldwide in April. It will contain a 1 hour and 15 minute documentary as its main feature and about 6 hours of extras (7 hours if you go Blu-ray).

WWEShop.com‘s 40% off deals are back on sale items – that makes select Blu-rays only $5.99 each (Best of King of the Ring, Best of RAW & SmackDown 2012) and select DVDs the same price (Best of Great American Bash, Top 25 Rivalries, Night of Champions 2013).

A handful of WrestleMania and SummerSlam Anthology volumes are just $11.99 each.

The promo code you need this time is: “WINTER”. Here’s the link. 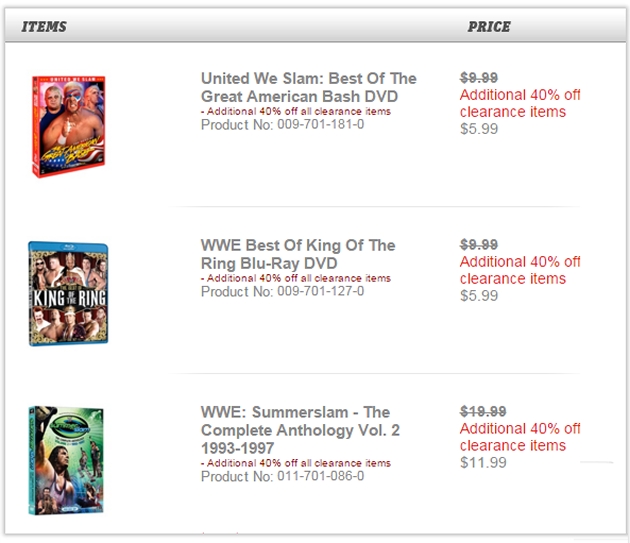 A big, post-holiday WWE DVD sale is about to start at Walmart across the United States – be sure to check your local store this week to find deals as low as $3.74 each!

Thanks to WDN reader Michael B. for sending word. 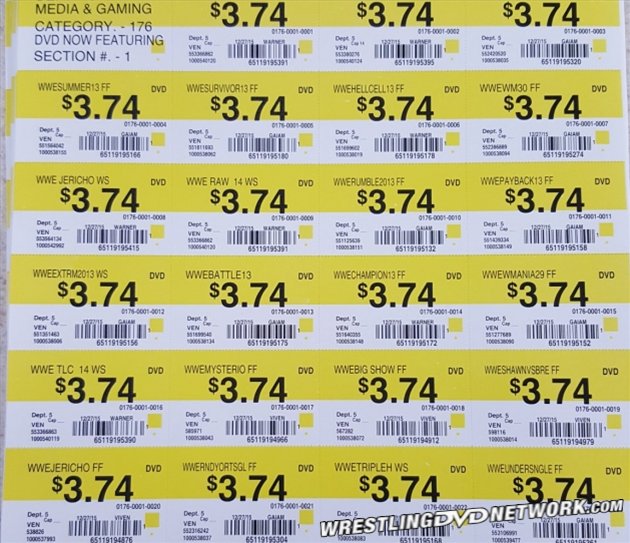 Take a look at eBay seller “who4ever” today and you’ll find various WWF DVD rarities up for grabs at fairly decent prices – including WrestleMania 15, 16, and 17!

Get the links to those and more goodies below… 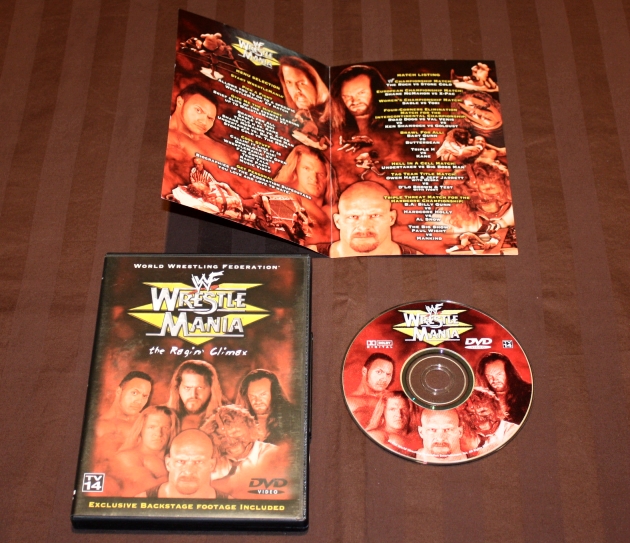