WrestleMania lands in the United Kingdom and the rest of Europe next month, and here’s an exclusive hands on look at the Blu-ray edition. 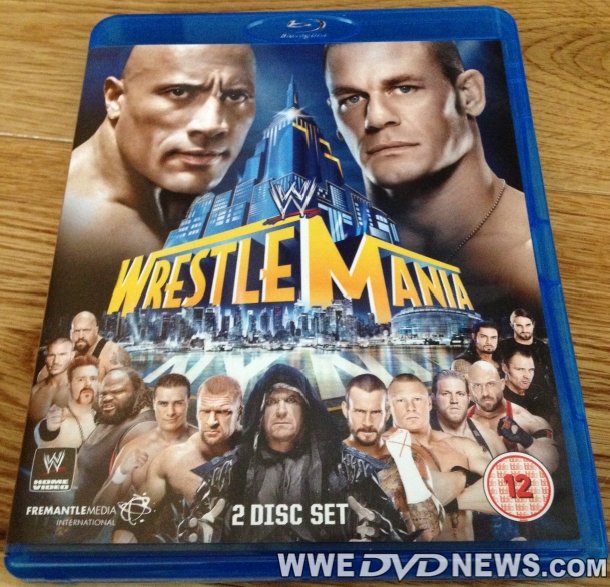 Notable differences between the UK’s physical product compared with that of the releases in North America and Australia are no Digipak-style packing present for the Blu-ray edition and content listings printed not on the discs themselves but instead on the inside sleeve. 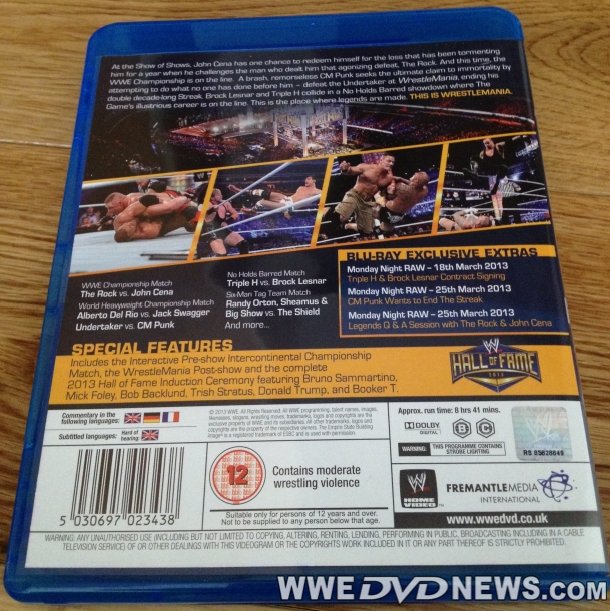 As was expected, the content is identical with no exclusive material for the region. In addition to the full WrestleMania 29 pay-per-view event, special features include the Intercontinental Championship Match which aired on the pre-show, the full WrestleMania post-show, the complete Hall of Fame 2013 ceremony, and three bonus segments from Raw episodes leading into the show, which are present as Blu-ray only extras. 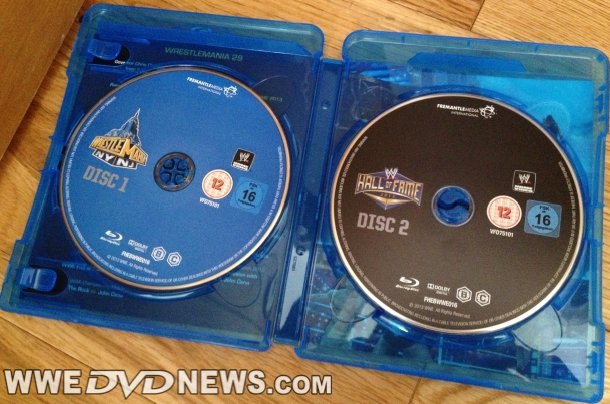 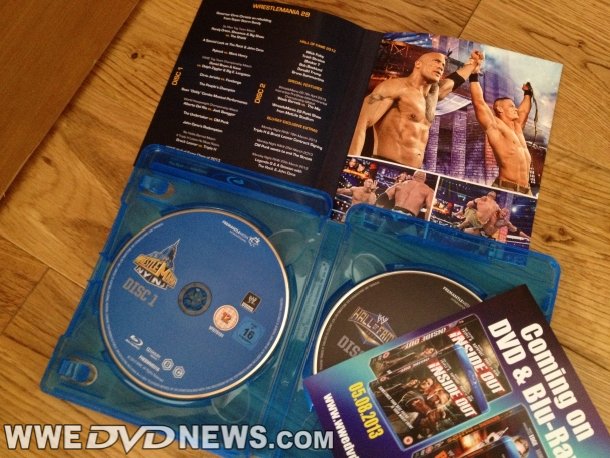 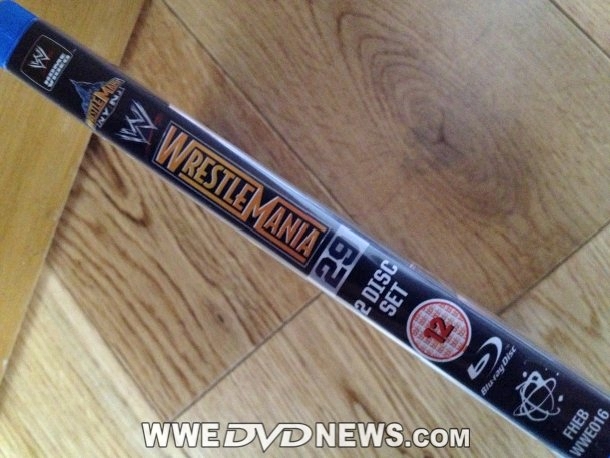