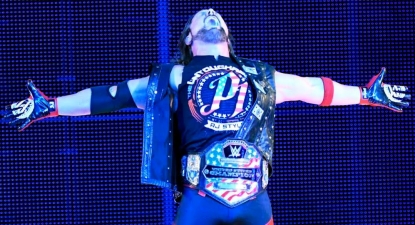 The big WWE Home Video-related news making the rounds this week is that the previously rumored AJ Styles DVD is apparently now set for 2018.

Reports attributed to a Sportskeeda YouTube show suggest that one reason WWE decided to switch the United States Championship from Kevin Owens to AJ Styles at Madison Square Garden was in efforts to create another career milestone and “MSG moment” for that proposed AJ DVD.

That sounds plausible in respect to including an “unseen” hidden gem that can only be viewed on this compilation, while AJ’s name value alone would probably put him in the running for a DVD next year, however our sources currently suggest that right now we’re still some time away from any of the 2018 Home Video titles being set in stone – so for now consider this one unconfirmed.

There have been “official” rumblings of such a release before now though. In April the company issued a fan survey that listed 16 WWE DVD ideas as contenders for next year, one of which was:

This compilation would feature the most phenomenal matches of AJ Styles’ first two years in WWE. No superstar wowed the audience during that time quite like “P1” AJ Styles. Featuring battles with John Cena, Roman Reigns, Dean Ambrose, Chris Jericho, and more.

Next up for a WWE DVD release is another of the new “Double Feature” packs – this time the recent Extreme Rules 2017 and Money in the Bank 2017 PPVs.

The 2-disc set will feature both of the RAW and SmackDown Live-exclusive events (complete with Kickoff show matches as extras) and will hit stores across the United States first on July 25th.

Thanks to WDN reader Sunny let’s take a look at it 2 weeks early! These pre-release pics reveal that a free Dean Ambrose trading card will be included in first-run copies of the DVD. 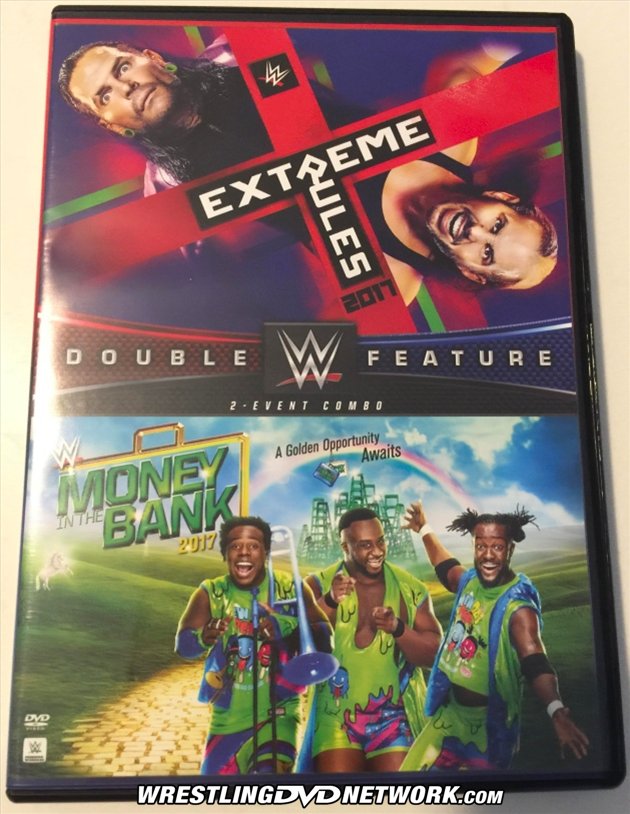 RAW’s greatest Superstars take it to the extreme when Samoa Joe, Finn Bálor, Roman Reigns, Seth Rollins, and Bray Wyatt do battle in a Fatal-5-Way Match to decide Brock Lesnar’s next challenger for the Universal Championship. RAW Tag Team Champions The Hardy Boyz continue their rivalry with Sheamus and Cesaro inside the confines of a Steel Cage, and the RAW Women’s Championship is on the line when champion Alexa Bliss defends her prize against Bayley in a Kendo Stick on a Pole Match. It’s the one night of the year when WWE takes things to the extreme! 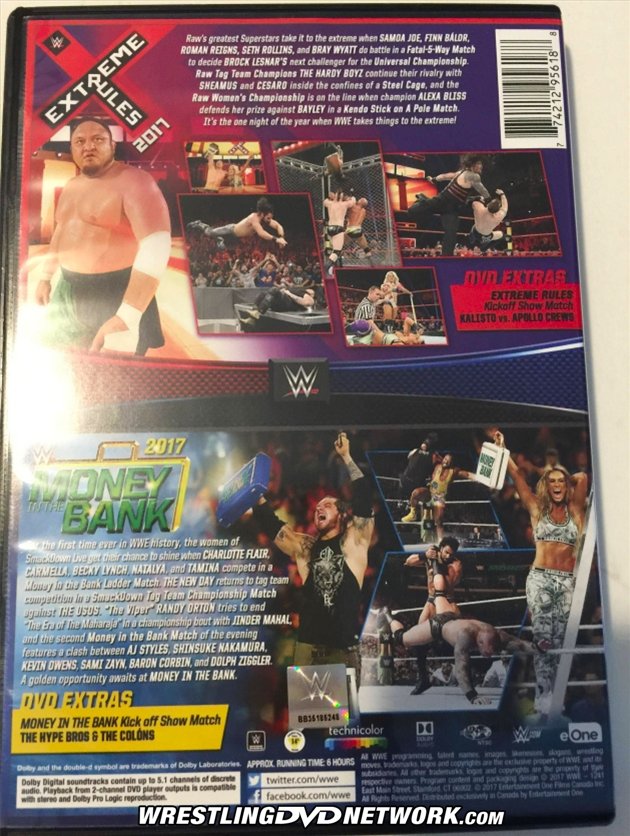 For the first time ever in WWE history, the women of SmackDown Live get their chance to shine when Charlotte Flair, Carmella, Becky Lynch, Natalya, and Tamina compete in a Money in the Bank Ladder Match. The New Day returns to tag team competition in a SmackDown Tag Team Championship Match against The Usos. “The Viper” Randy Orton tries to end “The Era of The Maharaja” in a championship bout with Jinder Mahal, and the second Money in the Bank Match of the evening features a clash between AJ Styles, Shinsuke Nakamura, Kevin Owens, Sami Zayn, Baron Corbin, and Dolph Ziggler. A golden opportunity awaits at Money in the Bank. 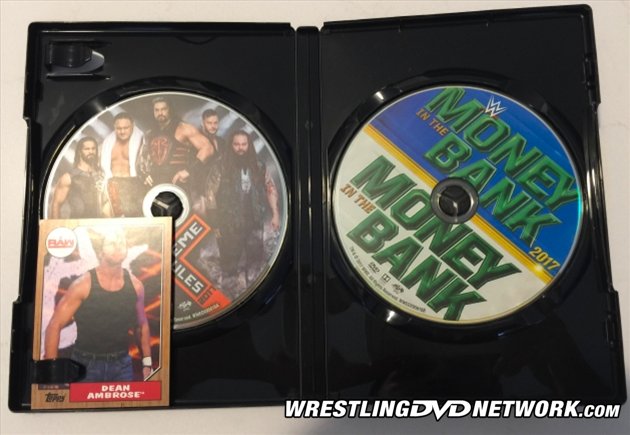 – Australia: August 16th. Get the next “WWE Double Feature” DVD pack at Madman.com.au.

Keeping you up-to-date on the “WWE Unreleased 1986-1995” DVD before its lands this September, outside of the official trailer we haven’t yet had a hands-on with the footage in the set and thus there is currently no word on whether or not there will be commentary on the matches.

Although the trailer had commentary soundbytes, those appear to be taken from televised matches in the era and not necessarily from the “never-before-seen” bouts to be featured here.

However, we do have more of a solid update on the 13 extra matches that surfaced online. WWE’s stance on those is that the extras were never planned (be it on DVD or Blu-ray), while some of the matches may not even exist on tape! Therefore we can only assume that the list was fabricated. 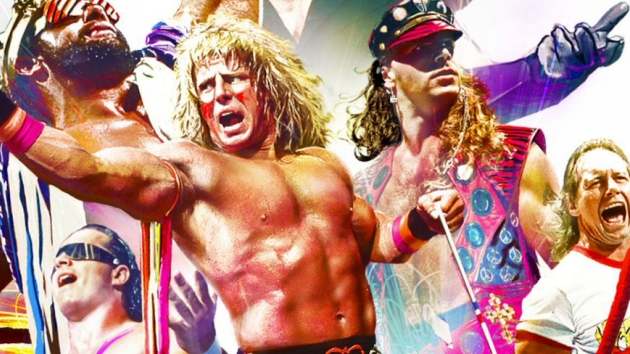 Heads up to all WWE DVD collectors in Australia, Madman.com.au are running a massive sale right now which includes nearly 60 different titles at rock bottom prices while stocks last. 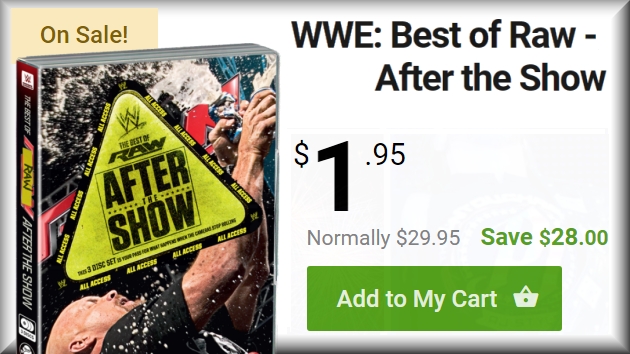 “Fight Owens Fight: The Kevin Owens Story” is back in stock on Amazon US, Amazon UK and Amazon Canada – they have all now caught up with demand. If you’re still looking for the Blu-ray and want to try nabbing a copy slightly cheaper, look out for this eBay auction expiring today:

And while you’re there keep an eye on eBay seller “thepanhandlepicker” this week as they’re auctioning off several rare WWF/WWE DVD heavy-hitters the likes of: 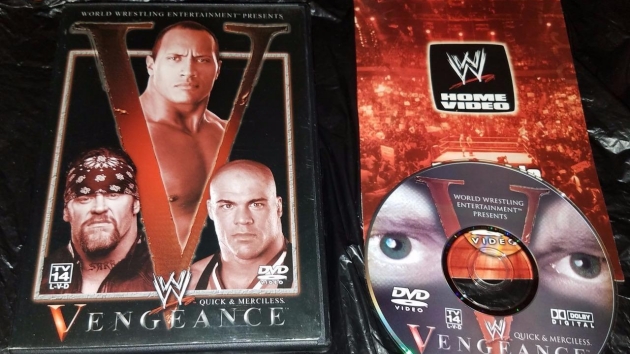