In a update to the Buy 1 Get 1 Free WWE DVD sale going on at FYE stores across the United States, many WDN readers (such as “TribeFan1988” and “hbkfan25”) are now finding the sale and sending word of some of the titles found in stores.

The sale is essentially on all ‘new’ WWE DVDs and Blu-rays stocked in any one store and recently released DVDs such as Brothers of Destruction, Attitude Era Vol. 2, WrestleMania 30 and Batista Animal Unleashed are included in the promotion too.

Many older DVDs are priced at just $6.99 or $9.99 and are eligible for the BOGO deal, including the likes of: Best of RAW & Smackdown volumes from 2010 onwards, the Best PPV Matches series, Best of Nitro series, ECW Unreleased series, the re-released WrestleMania 1-15 titles, WrestleMania 24 and later, various PPVs, and Anthologies. Blu-rays are priced the same too, such as: WrestleMania 24, WrestleMania 28, Attitude Era Vol. 1, nWo The Revolution, RAW 100 Moments, Stone Cold The Bottom Line, Rock vs. Cena, and others.

It’s also worth noting that a few readers have had success getting a further 20% off alongside the Buy 1 Get 1 Free sale by texting “FYE” to 33733. 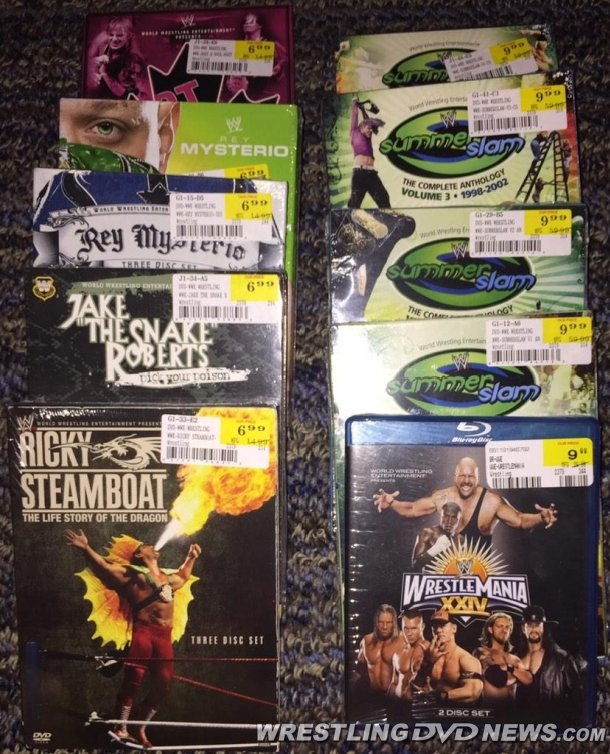 You may recall ECW Unreleased Vol. 3 being on our list of rumored 2015 WWE DVDs last month here at WDN. The DVD and Blu-ray is now confirmed for release!

Joey Styles tweeted yesterday that it’s coming in January and will be hosted by himself, Michael Manna (Stevie Richards) and Brian Heffron (The Blue Meanie).

.@TheeBlueMeanie & Stevie Richards (@MichaelManna), I can't wait to be a member of the #bWo for ECW Unreleased 3 DVD pic.twitter.com/bi3lLeeLJb

Click here to pre-order “True Giants” for December 9th. The UK also gets the new DVD/Blu-ray in December via WWEDVD.co.uk, while Australia gets it early in the new year. 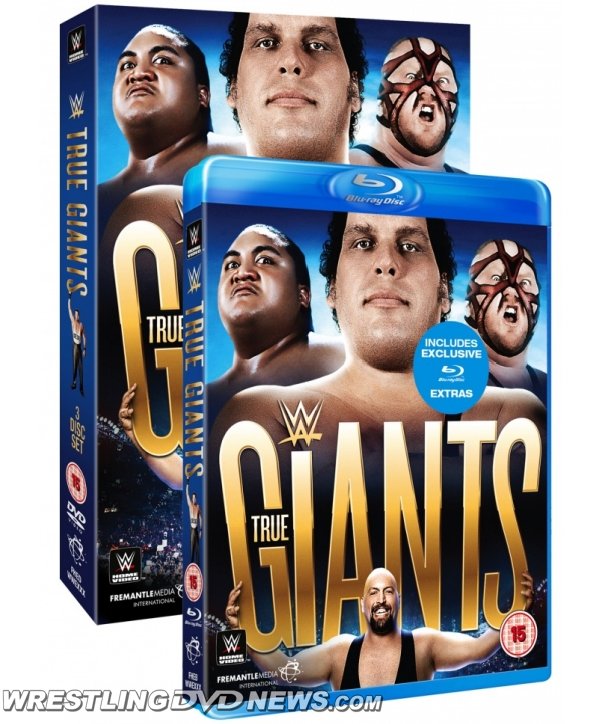 Jerry Lawler is singing at Blue Note Bar & Grill on Beale Street tonight in Memphis, Tennesse. This is noteworthy because a WWE camera crew will be taping the performance.

We speculate that the footage may be used as part of the rumored Jerry Lawler documentary, which may turn out to be a new DVD or a WWE Network special, or the performance may even be used as a DVD extra or similar if the Home Video is going ahead.

Kayfabe Commentaries will release the first installment of Jim Cornette’s “Back to the Territories” series on November 25th. A KayfabeCommentaries.com newsletter also revealed interesting plans for their DVD releases in 2015, as you can read below:

Fans of the ECW brand of the Timeline series will be stoked to know that the next edition is in the can and it features none other than ROB VAN DAM taking you back to 1999 in South Philly. RVD is an open book and after being silent for so long, tied to a Connecticut contract, he opens up and takes you inside an amazing journey. This Signature Edition will rank as one of the best TImelines ever so don’t miss it when it comes your way on January 8th.

And that’s not all. Hawkins will take you into the year 2008 in Timeline: The History of WWE and 2015 has more editions of Back to the Territories, great YouShoots, the return of Wrestling’s Most…, and some online exclusives we’re cooking up.

Here are 12 WWE DVD auctions to look out for on eBay today – list below – including lots of low priced Blu-rays and WrestleMania-themed sets!