WWE: The Best of Raw & Smackdown 2012 was released yesterday to the United States, on DVD and Blu-ray formats. Did you pick up your copy?

If not, the DVD is available from $22.99 at Amazon.com and WWEShop.com.

The next release is The Best of WCW Monday Nitro Vol. 2 on February 12th. Check out photos of the Blu-ray edition over here, passed along to us by Sunny Gupta.

We can confirm through the early copy that Volume 2 follows the same format as the first installment with DDP hosting. It is a mix of matches and segments in between them. There are no dates given on screen during footage – only in the chapter menu, and nothing displayed in the corner before each match or segment.

As yet there haven’t been any noticeable edits present, except for Vampiro’s theme which looks to have been was dubbed over, and Michael Buffer muted out. 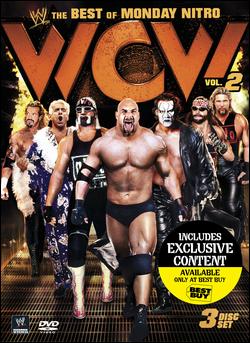 BestBuy.com has uploaded the cover shot (above) of their store exclusive Nitro Vol. 2 DVD. As you can see it confirms extra content will be the exclusivity. No word yet what said footage will be, and it doesn’t appear to be present in our recent match listing reveal.

Mick Foley spotted our match listing reveal of his upcoming “For All Mankind” DVD and Blu-ray release, and made the following comments on his Twitter account.

Take a look at the content of my upcoming @WWE DVD “For All Mankind”. Looks pretty cool to me. Pretty, pretty cool!

The new DVD will be MUCH different than Hits & Misses . This one has a bio, hours of extras, rare matches

Yeah – that’s the idea with the match-list; dig down deep for the lost classics, instead of just skimming the PPV’s.

Even a well-known match like HIAC will take on a different feel with the commentary @JoeyStyles and I laid down. Try it, you’ll like it.

Fans in the UK and Europe, we had it confirmed by WWEDVD.co.uk that the release date of the new Mick Foley DVD is scheduled for April 22nd, just 6 days after the US release.

The following is a list of more upcoming UK release dates, according to the Sainsbury’s website, also confirming the “Top 25 Rivalries” set is on the way. Thanks to Steven Watson.

WWE For All Mankind – 22nd April

WWE The Best Of In Your House – 27th May

Steve Austin’s latest movie “The Package” is released on DVD and Blu-ray to the United States on February 19th, and follows to the United Kingdom on March 4th. 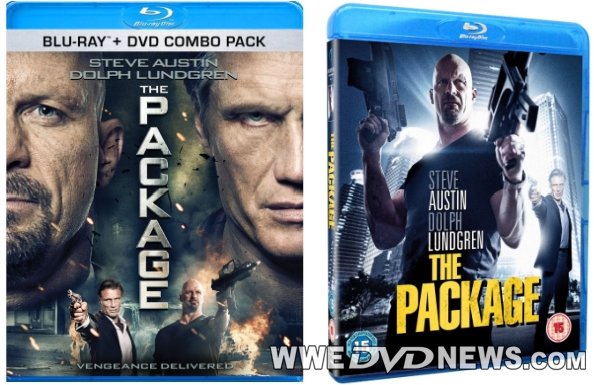 For two angry men with a history of bad blood, the ultimate revenge is about to be get very, very nasty… THE PACKAGE on DVD and Blu-ray.

Steve Austin (The Condemned) and Dolph Lundgren (Rocky IV, The Expendables) star in the bone-crunching action flick that delivers the goods: Austin is combat veteran Tommy Wick, a nightclub bouncer and stone-cold enforcer for a Seattle mob boss.

Lundgren is ‘The German’, an international crime lord and hardcore killing machine. But when Wick is asked to courier a mysterious package to The German, he’ll suddenly find himself hunted by relentless teams of hit men, mercenaries, assassins and sadists. Time is running out. The bodies are piling up.

We are working on giving away copies of the movie to WWEDVDNews readers soon!