Yesterday The Rock laid the Smackdown on us by himself revealing the planned cover for his incoming 2012 WWE DVD release, The Epic Journey of Dwayne “The Rock” Johnson.

But we’ve got him up for an Attitude Adjustment, so now we can exclusively release two slightly different looks of the design – the “3D” box art for both the DVD and Blu-ray editions. 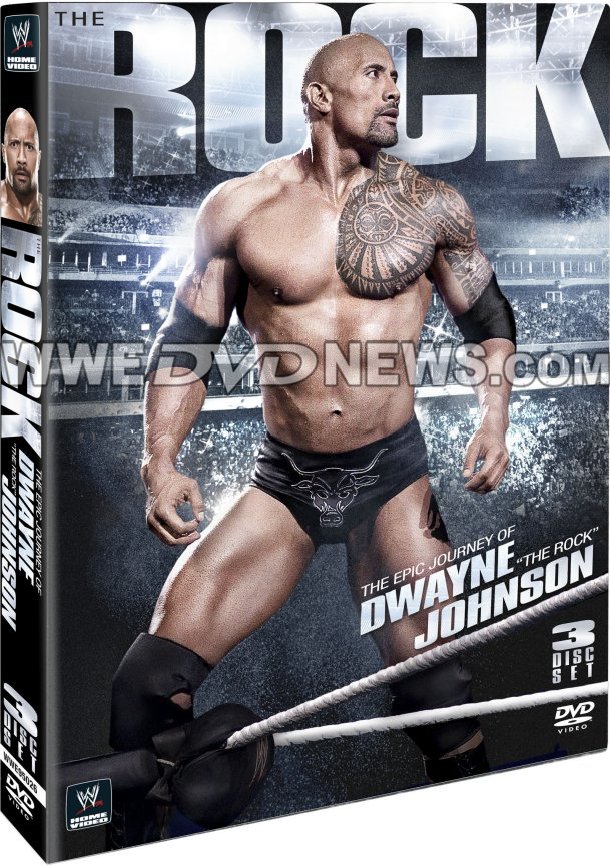 Both editions of The Epic Journey of Dwayne “The Rock” Johnson hit stores in the United States on February 21st, 2012 – and grab it in the UK soon after over here.

Click here to get your pre-order in for Feb 21st at Amazon.