As we confirmed, Eric Bischoff was interviewed by the company to give post-episode analysis in the extras of the Home Video release – and those segments promise to be candid and controversial.

Get a very first look at the interview with these exclusive clips, in which calls Bischoff calls “BS!” on comments made by Vince Russo and Paul Heyman during the WWE Network series.

– Australia: Out now! Get your DVD or Blu-ray from WWEDVD.com.au.

– USA: Out Tuesday! Get your hands on it via Amazon.com or WWEShop.com.

Below are brand new cover shots of “Undertaker: The Streak 21-1 (R.I.P Edition)”, which show off more of the planned artwork and also the synopsis for the set.

The limited edition 5 disc DVD set, running over 10 hours and 40 minutes in total, comes packaged in a coffin-shaped box set and will be released worldwide by WWE this November. 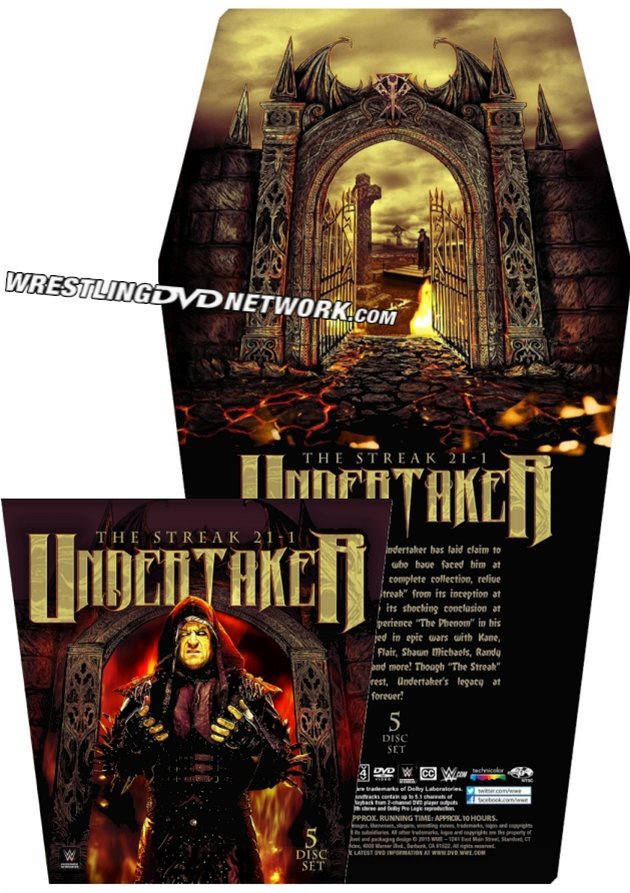 Experience “The Phenom” in his element as he engaged in epic wars with Kane, Batista, Triple H, Ric Flair, Shawn Michaels, Randy Orton, Brock Lesnar, and more! Though “The Streak” may be laid to rest, Undertaker’s legacy at WrestleMania lives forever!

Order your “Undertaker: The Streak” DVD Coffin Box Set in the USA…

Order your “Undertaker: The Streak” DVD Coffin Box Set in the UK…