Exclusive Photos: WWE The Rock vs. John Cena – Once in a Lifetime DVD

WWE Rock vs. Cena: Once in a Lifetime (3-DVD) hits stores this month. WWEDVDNews.com can now give you an exclusive first look with these pre-release photos.

Having had the chance to watch this today, we can confirm that the documentary is NOT the same one as aired on TV in the run up to WrestleMania 28. Aside from not having the licensed music that the previous documentary had, this is a much more in depth look at the rivalry with extended (and new) interviews with those involved and backstage footage aplenty – including after the Rock/Cena match took place. Whilst the runtime is only 45mins, the piece covers a lot of ground, and it’s also of note that John Cena’s original comments made about Dwayne “The Rock” Johnson on The Sun’s Wrestlecast podcast in 2008 have been included. Get yours. 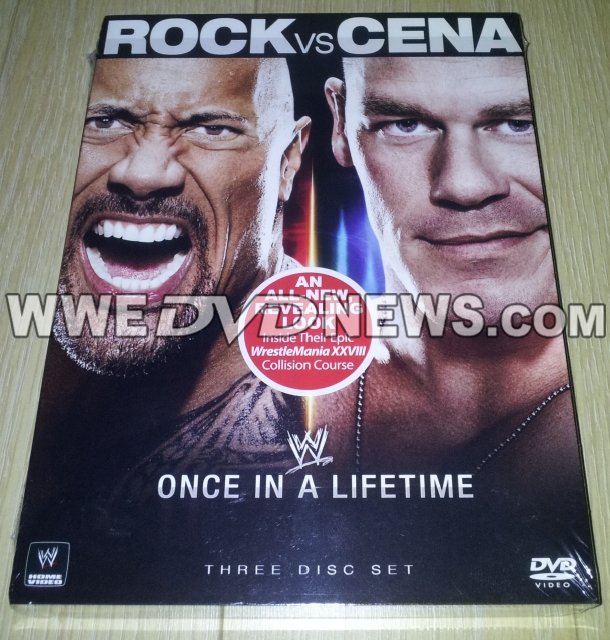 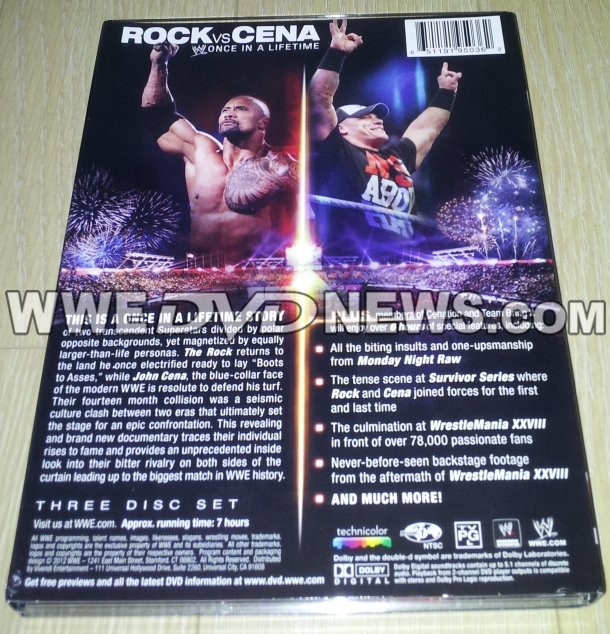 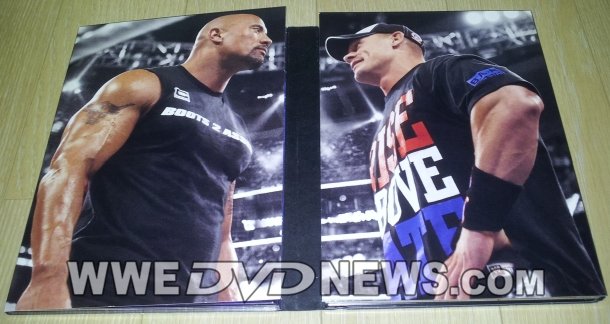 THIS IS A ONCE IN A LIFETIME STORY of two transcendent Superstars divided by polar opposite backgrounds, yet magnetized by equally larger-than-life personas. The Rock returns to the land he once electrified ready to lay “Boots to Asses,” while John Cena, the blue-collar face of the modern WWE is resolute to defend his turf. Their fourteen month collision was a seismic culture clash for an epic confrontation. This revealing and brand new documentary traces their individual rises to fame and providers and unprecedented inside look at their bitter rivalry on both sides of the curtain leading up to the biggest match in WWE history. 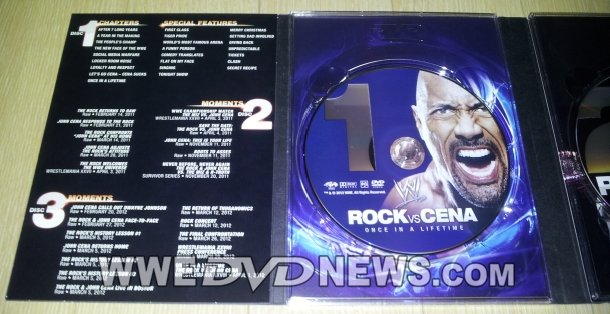 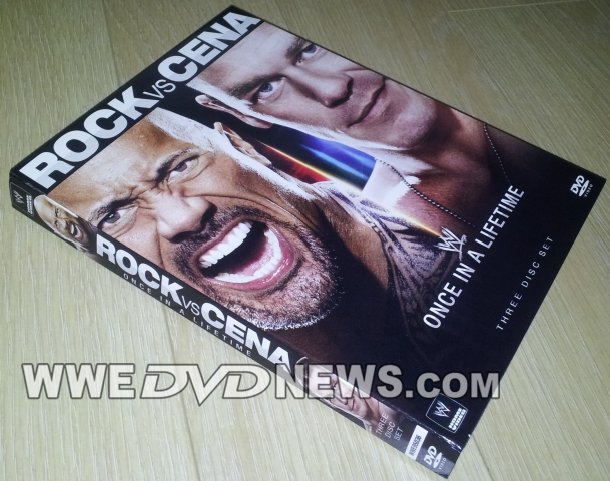 – It’s released to the UK and Europe in September also (at Silvervision.co.uk), and follows in October to Australia when ordering over at WWEDVD.com.au.