“The Attitude Era” hits stores today on DVD and Blu-ray! Here’s a look at the artwork on the 3-Disc DVD version.

Yesterday we learned that the runtime of the DVD is 7 hours, 1 minute. The documentary length is 57 minutes. In the case of the Blu-ray edition, there are 1 hour 26 mins of exclusives. 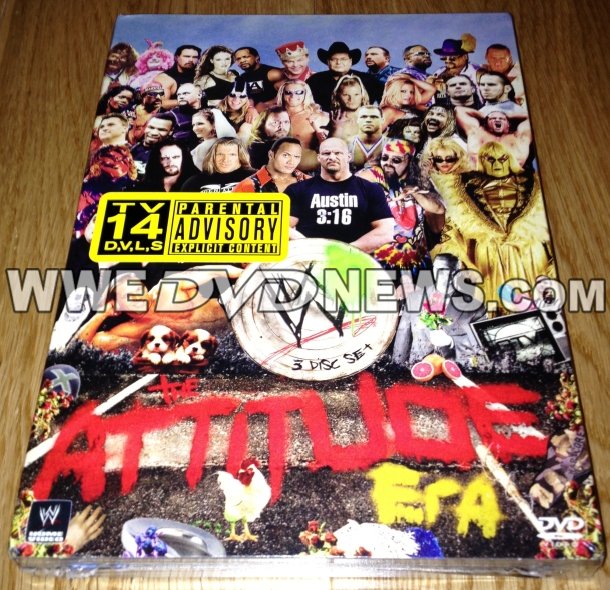 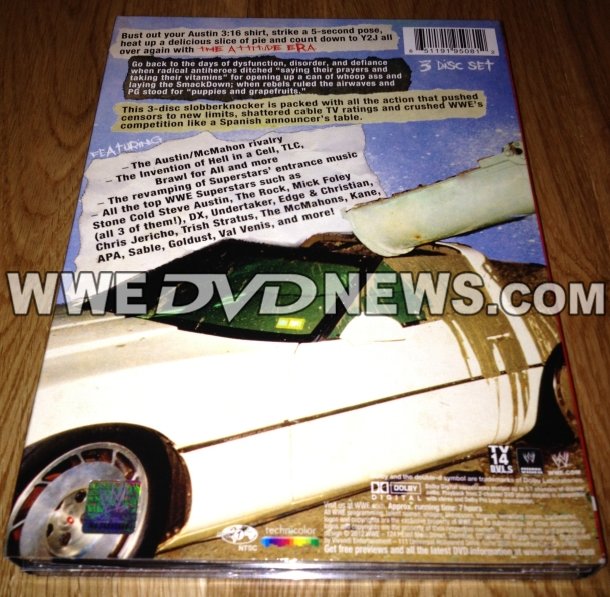 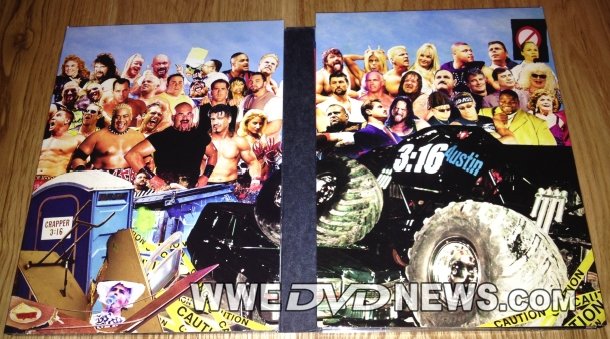 Buy The Attitude Era at Amazon.com.

Buy The Attitude Era at WWEShop.com.

Buy The Attitude Era at WWEDVD.com.au. 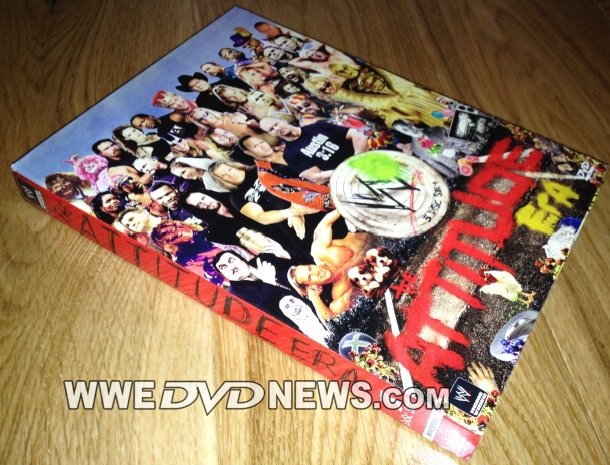 The Black Friday Countdown today at WWEShop.com (new daily deals) has three WWE DVDs on sale for just $5.99 each – Stone Cold Bottom Line, The John Cena Experience, and The True Story of WrestleMania. Thanks to Stevie Breech. Go to sale.