After what feels like forever, we can now reveal the cover artwork for WWE: The New World Order, thanks to WWEDVD.com.au.

The 3-disc DVD and 2-disc Blu-ray are released on November 6, 2012 [pre order now] and will look at the controversial history of the nWo (New World Order) and their reign over sports entertainment in the 1990s. 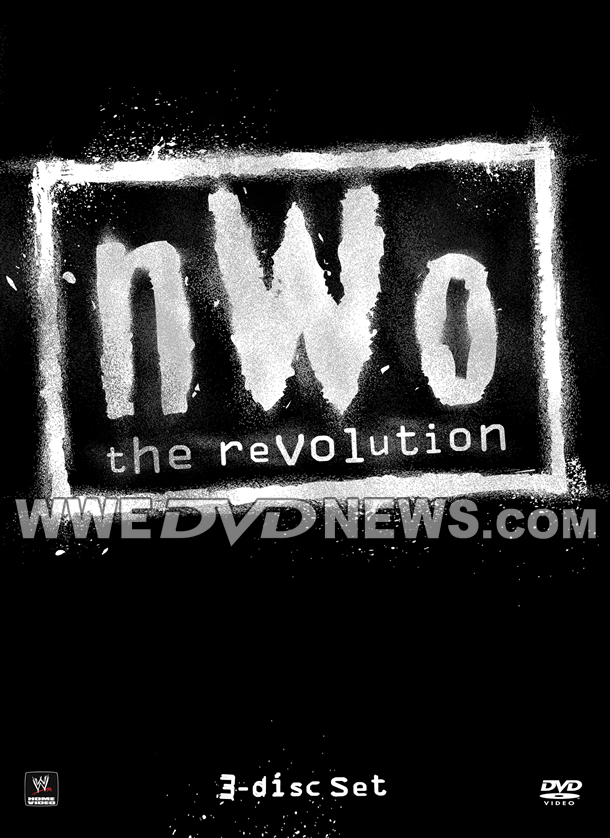 In the mid-90s, a malicious group of renegades ‘invaded’ World Championship Wrestling, shaking the landscape of the sports-entertainment world and turning the tables on Monday Night War. Little did anyone know, the shock of the century was yet to come. When Hulk Hogan did the unthinkable and turned his back on the fans, The Outsiders had officially become The New World Order, and chaos ensued. Now, relive the history of one of the most infamous and controversial factions of all time with this brand new documentary. Get the inside scoop from those who lived it, such as Kevin Nash, Hulk Hogan and Eric Bischoff, as well as new interviews from Superstars who were inspired and enthralled by the nWo. Also featuring the definitive matches and moments from the era, including battles for the WCW World Heavyweight title, stunning defections to the nWo and the internal strife that eventually tore the group apart.

The New World Order 3-disc DVD and 2-disc Blu-ray hits stores in the US on November 6, and you can get hold of your copy by clicking here.

New World Order will also be released on DVD & Blu-ray for UK and European fans via SilverVision.co.uk and Australian fans from WWEDVD.com.au.