Thanks to @NotLisatheroom for contributing to this article.

We can now confirm and release the WWE WrestleMania 28 DVD and Blu-ray cover artwork. 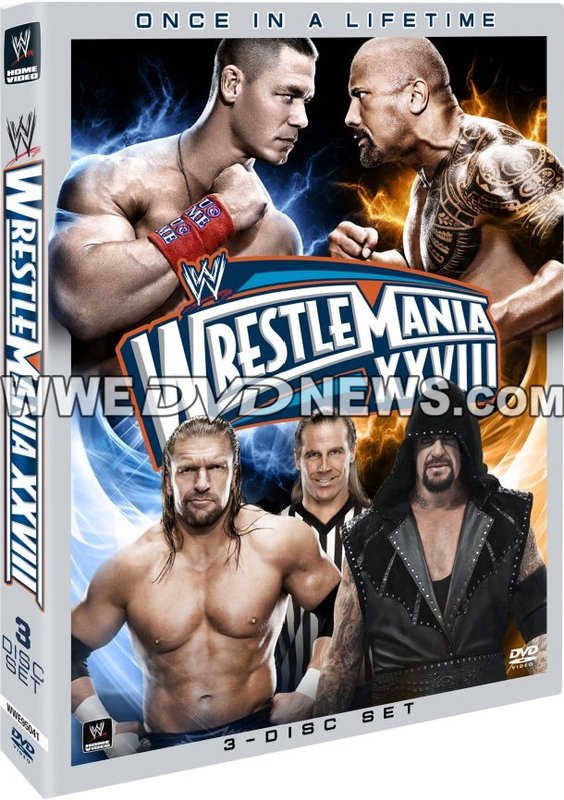 As you can see, WWE are sticking with the design revealed in the event program, though some elements such as the spine’s artwork have been updated.

Also noteworthy, this years release will not be referred to as “Collector’s Edition”. 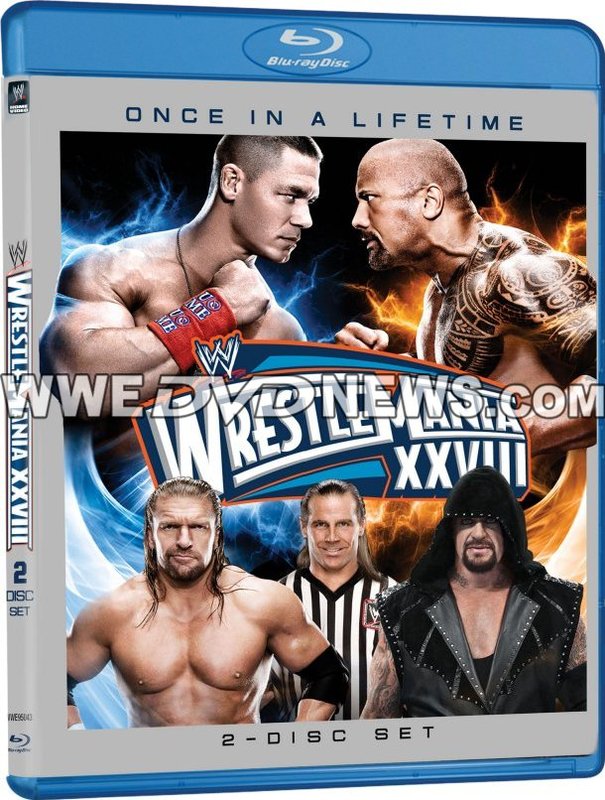 These two Home Video editions of WrestleMania 28 are to be released on May 8th, 2012 in the United States. Get your pre-order in for either edition over here.

Silver Vision in the UK have WrestleMania 28 available to pre-order as a 3-Disc DVD and exclusive 3-Disc Blu-ray. These will be released in June.