Here’s a new cover shot of the “United We Slam: The Best of Great American Bash” Blu-ray (UK), coming in July. 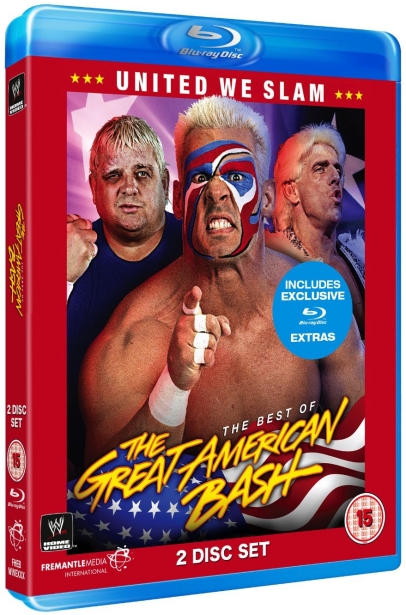 We can now reveal the planned Blu-ray exclusive matches.

There will be 5 extra matches on the Blu-ray, the earliest from 1986 and the latest from 1999. Once again, none of the matches chosen are from WWE’s rehash of the pay-per-view.

Australian fans, “United We Slam” will be officially released on August 8th. You’ll be able to pre-order a copy on DVD or Blu-ray format from WWEDVD.com.au in the coming weeks.

A WrestleMania blowout sale has begun today here on WWEShop.com!

WDN reader “mmora1983” sends word of getting lucky finding lots of rare WWF DVDs on sale in local FYE stores as of late, including those pictured below.

He speculates that it may be because of more people beginning to trade them in, due to the recent launch of the WWE Network. 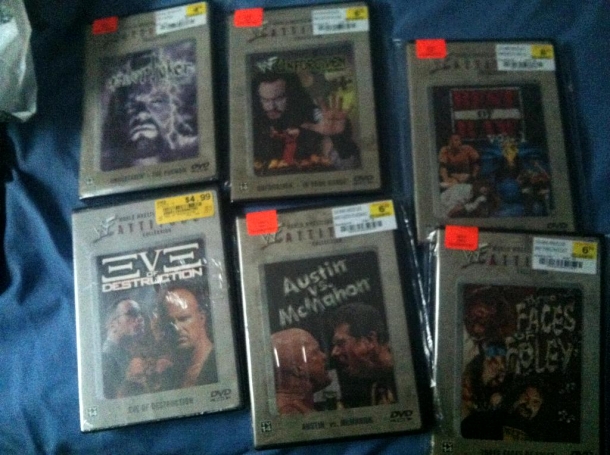 Speaking of rare WWF DVDs, a reminder that these 7 are ending today on eBay:

Updated artwork for the UK editions of WWE Extreme Rules 2014 is shown below.

As you’ve heard, a Blu-ray edition of this event is exclusive to the UK and Europe. That is available to pre-order now from WWEDVD.co.uk for July. 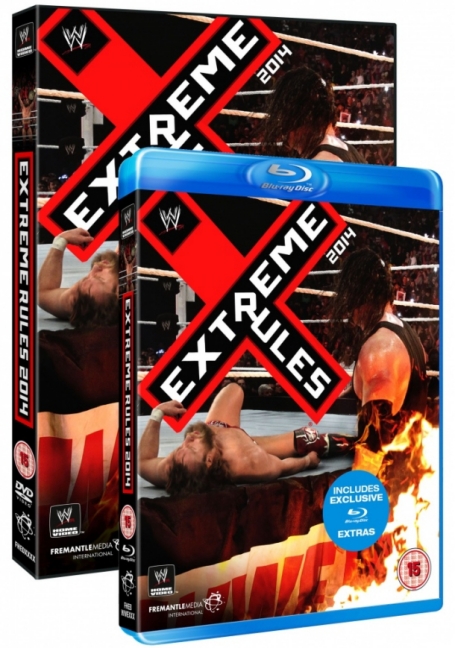 For the United States, the Extreme Rules 2014 DVD is one of the next upcoming releases and it hits stores on June 3rd. To pre-order your copy, click here to Amazon.com.