This Tuesday will see the release of ECW UNRELEASED Vol. 1. Joey Styles has commented previously that based upon sales of Vol. 1, further volumes are planned.

So for this edition of fantasy concept, I decided to see how a second volume in this series could look. There are so many classic and historically significant matches from the ECW archive yet to be released; so ECW UNRELEASED Vol. 2 is a must.

So if I were planning Vol. 2 of ECW UNRELEASED, it would like a lot like this…
ECW UNRELEASED Vol. 2 (2 Disc Blu-Ray) 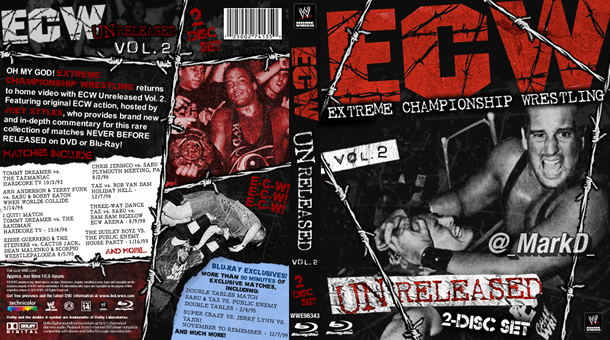 Taking Eastern to the EXTREME!

Battle of the Hardcore Icons

Masters of the Mat

Shane vs. The Pitbulls

Taking it to another level