While the company is currently without a domestic DVD distribution deal, a Very Best of TNA Impact is an absolute must do release, especially given that Impact has been on the air for more than 8 years without having a dedicated ‘best of’ release. 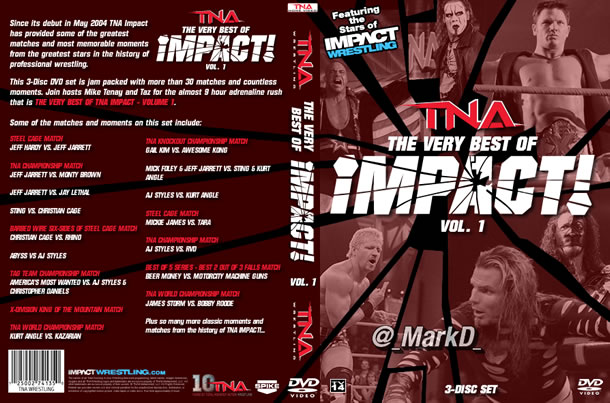 Some of the matches which I would like to see included are:

X-Division King of the Mountain Match

I’m sure lots of people will have an opinion on this concept; either good or bad. I think whether you are a supporter of TNA Wrestling or not – we can all agree that strong competition between the national wrestling companies brings out the very best wrestling for the fans (see Monday Night Wars for proof of that!).

So on behalf of everyone at WWEDVDNews.com we would like to wish TNA a happy anniversary and let’s hope for even more success in the next 10 years! 🙂