This week’s fantasy concept has been requested several times; it looks at the career of the late, great Ravishing Rick Rude. This would be a 2 disc set with a 60 minute documentary and a collection of matches and promos from Championship Wrestling from Florida, World Class Championship Wrestling, NWA, WCW and WWE. 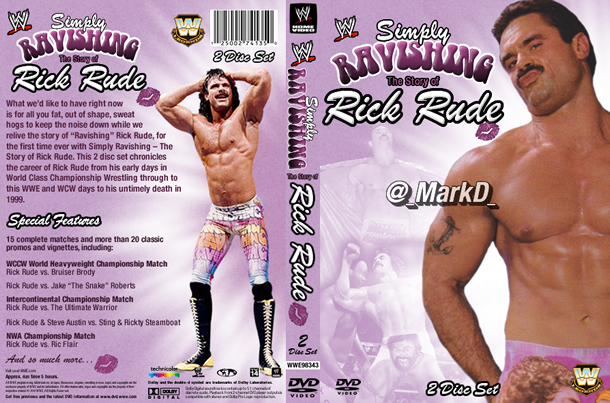 Plus almost 20 classic promos and vignettes throughout Rick’s career in WCCW, NWA, WWE, WCW and ECW.

Does this proposed WWE DVD interest you? It’s great to hear your feedback, so please use the comments section below or tweet me @_MarkD_