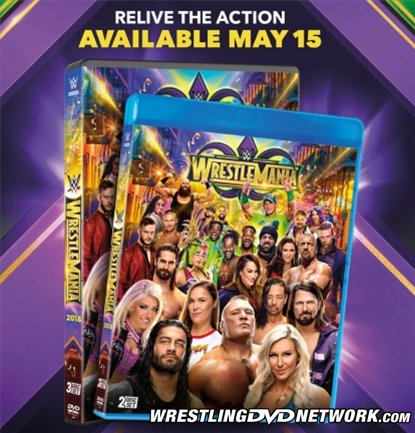 If you picked up a WrestleMania 34 program in New Orleans (or if you downloaded the digital version offered free to WWE Network subscribers) you may have spotted an early cover artwork draft for the 3-disc DVD and 2-disc Blu-ray scheduled for release next month.

In conjunction with WWE Home Video UK, WrestlingDVDNetwork.com can now exclusively reveal the final artwork! The updated design for the UK DVD and Blu-ray covers features all of those Superstars but now with the additions of The Undertaker, Daniel Bryan and Shane McMahon.

A shot of Ronda Rousey and Kurt Angle from the evening of WrestleMania appears on the spine.

The year of the event, in this case 2018, is shown on the front cover in the main logo for the first time on a WrestleMania DVD, although some have had the full date printed on before now.

This new artwork is expected to be present on all of the WrestleMania 34 Home Video editions on the way worldwide, of course with the exception of any that release with special alternate artwork. Here’s a rundown of all of the different versions announced so far:

We’re also pleased to confirm today that first-run copies of the WrestleMania 34 DVD in the UK will be produced as Digipaks! This packaging style is now scarcely seen on WWE DVDs in the region. 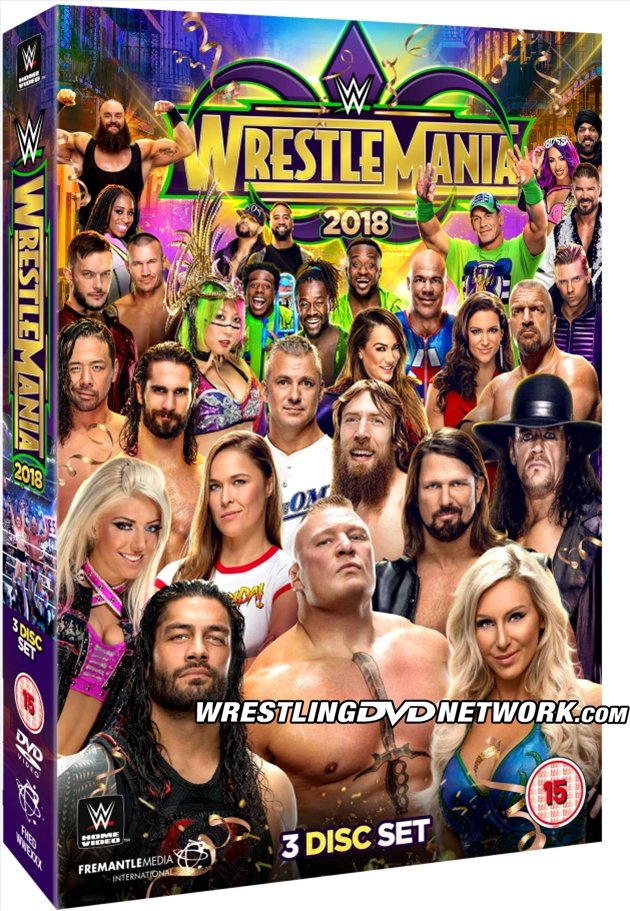 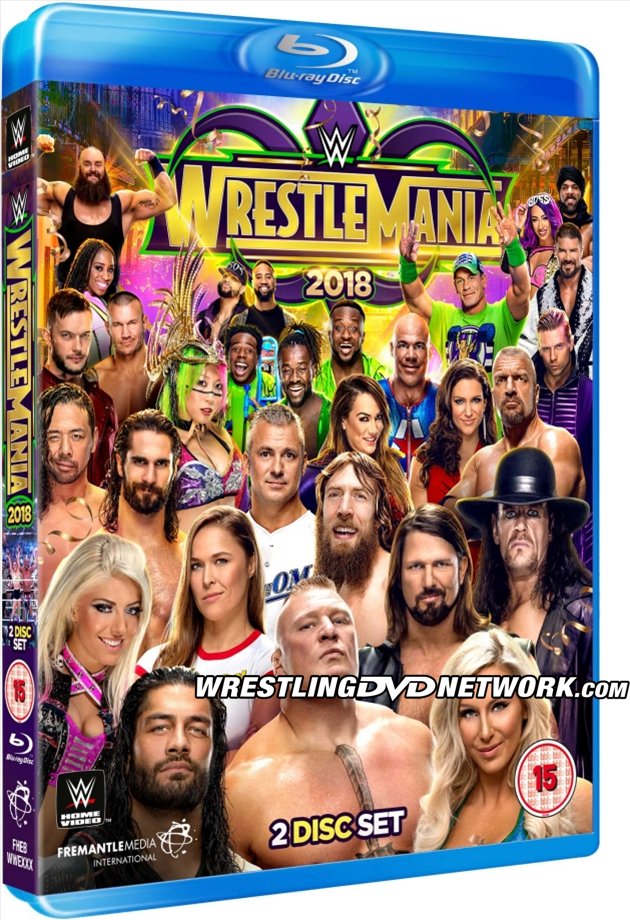