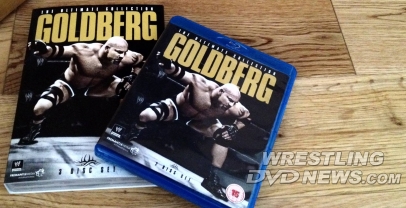 Tomorrow, the new Goldberg “Ultimate Collection” DVD and Blu-ray is released to the UK! Then on Tuesday it’s officially released across the United States.

The new preview video below looks at Goldberg’s arrival in WWE, which sets up his debut feud with The Rock. The clip comes courtesy of WWEDVD.co.uk.

You can pre-order a copy by clicking here, or get it now over here if you’re in Europe.

So far, 6 matches have been revealed for “The History of WWE” on DVD and Blu-ray.

We can confirm that the main documentary feature takes up the whole of the first disc on the DVD version, slated to have an approximate runtime of 3 hours. The lengthy documentary will be made up of 25 chapters and a few more as extras on the Blu-ray!

We can also confirm that there will be at least 11 full matches included. Stay tuned.

One week from tomorrow sees the release of Triple H “Thy Kingdom Come” to the UK and Europe, which can be pre-ordered now on DVD or Blu-ray at WWEDVD.co.uk. The clip below looks at Triple H’s character being re-packaged while he was wrestling for WCW.

The official Motörhead Facebook page recently gave away a signed copy of the DVD! 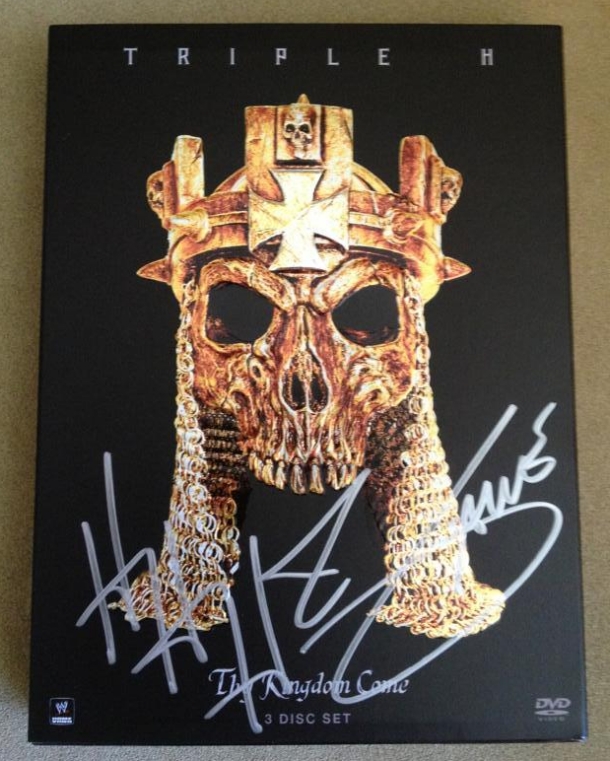 As you can see from our WWE DVD Release Dates page, the current plans look to be no Blu-ray releases at all from WWE in the month of December.

Right now all signs point to the Raw 20th Anniversary Collection, Survivor Series and Best PPV Matches 2013 titles all being DVD only releases in North America.

Speaking of Blu-rays, look out for this collection of 15 of them which expires on eBay tonight! That includes the likes of CM Punk, Bret Hart, In Your House, and multiple WrestleManias. 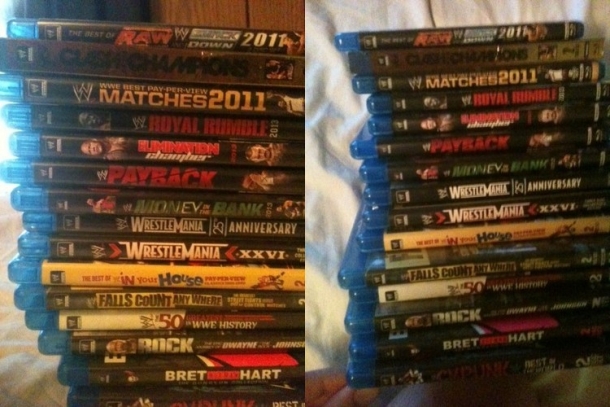