A Fathead of The Undertaker is included free inside the packaging. Thanks goes to WDN reader Makel Collins for sharing these photos. 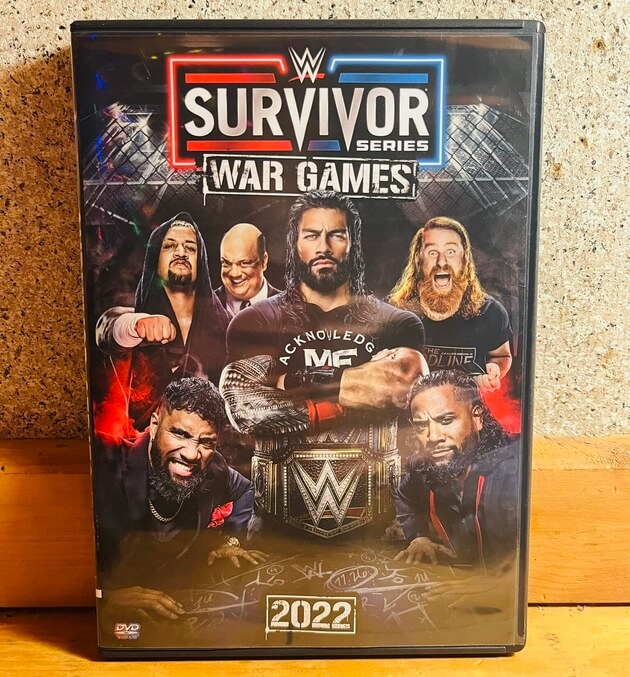 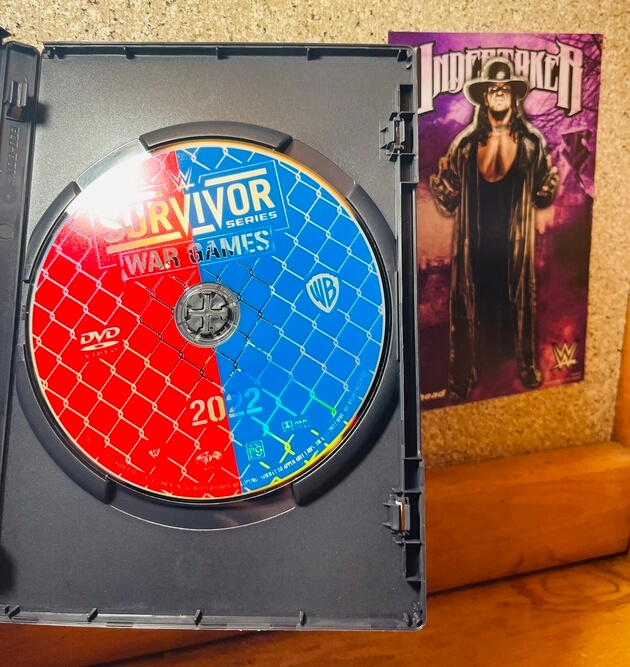 Juanito’s Wrestling Vlog on YouTube recently posted an early look at the Survivor Series 2022 DVD after finding it on Walmart shelves before Christmas — check out the video for a closer look.

With Survivor Series in stores, it’s that time of year again when we take a look back at the full list of 2022-released WWE DVDs and Blu-rays.

In 2022, the WWE DVDs produced in the US were current PLE (PPV) titles only, for the first time in forever. This was better than the alternative of no WWE DVDs at all, though, which almost did happen! Things were worked out, and a full slate of titles made it to North America and Europe, however WWE DVDs did not continue in Australia this year.

12 titles were released to North America, while Europe would get a handful of exclusives on top.

It was an almost documentary-less year for WWE DVDs in 2022, but “Ruthless Aggression Vol. 2” in the UK would see season 2 of the WWE Network docu-series released on Home Video.

WrestleMania would get a Blu-ray edition everywhere, while in the UK Fremantle once again produced Blu-ray counterparts for the rest of the Big 4 PLEs and even for Clash at the Castle, since Clash was a special event held in the UK; the first UK stadium show in 30 years and arguably their first proper PLE in all that time. On that note, the iconic SummerSlam 1992 event had a special 30th anniversary DVD and Blu-ray offering with extras this year in the UK.

Already announced for 2023 (including in the US) is Best of Attitude Era Royal Rumble Matches in January, so the US releases will kick off with a non-PLE next year. A&E’s “Biography: WWE Legends” documentaries will also be made available to US fans in January.

The UK gets the Attitude Rumble set too, and Fremantle have been working with WWE to produce their own Cody Rhodes DVD for UK fans, a 2-disc set scheduled for February. The upcoming 30th anniversary episode of RAW will be released as a DVD to the UK in March.

On our socials, we recently gave an exclusive look at back cover artwork for “American Nightmare: The Best of Cody Rhodes”. Please give our accounts a Like/Follow headed into the new year:

Merry Christmas and a happy new year to all the WDN readers. Thank you for your continued support as we head into another year of WWE DVD and Blu-ray releases!