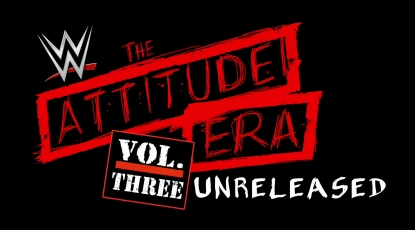 We can show off brand new footage of the “Attitude Era Vol. 3 – Unreleased” DVD and Blu-ray before it hits stores next month in the United States and the United Kingdom!

The trailer for the hotly anticipated Home Video release offered a quick glimpse at its content, but the intro video (exclusively revealed below) goes more in-depth and gives us an idea of the video quality we can expect to see across the 8 hour compilation of Attitude-filled moments.

In case you didn’t catch it, the third installment of the “Attitude Era” DVD series will be packed with previously unreleased, never-before-seen matches and rare gems left hidden away in the WWE archive… until now! Almost 30 matches made the cut, including the likes of “dark matches” from RAW, non-televised matches from PPVs, and house show matches at home and abroad.

The pre-order price of the Blu-ray edition recently dropped, causing a big surge in orders – we hope you were one of the lucky ones! If not, Amazon’s Blu-ray price is still actually lower than the DVD version. Look here on Amazon.com for the Blu-ray ($18.76) or here for the DVD ($19.37).

And speaking of that Blu-ray, here’s a couple of new shots of its main menu: 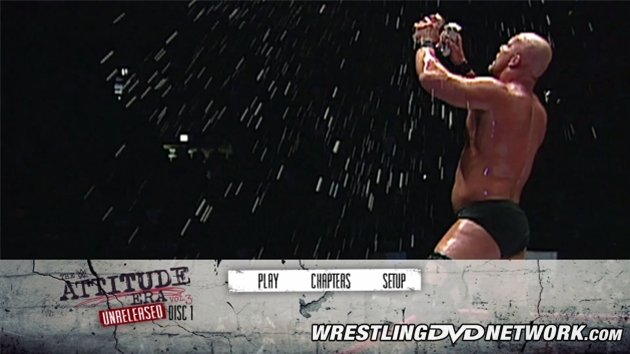 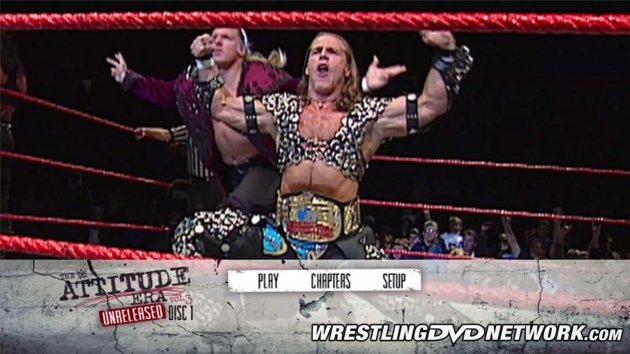 Our special week of Randy Orton content reveals (a last-minute WWE DVD announcement for 2016, yet to be given an official name) continues right now with 5 new matches!

As of today, 18 of them have been named thus far – see them all here: RKO WEEK.