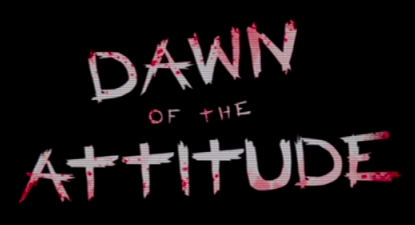 It’s the dawn of the October WWE Home Videos (5 of them!) as today marks the official release of: “1997 – DAWN OF THE ATTITUDE”.

With more Legends, Divas, Screwjobs and Stunners than your WWE DVD collection can possibly handle, this brand new 3-disc compilation on a stand-out year in company history has now hit stores in the United Kingdom (£20.99; Amazon.co.uk) and the United States ($17.89; Amazon.com).

A NOTE ON THE BLU-RAY: In the past 24 hours we’ve been inundated with messages from concerned WDN readers who have noticed that the Blu-ray edition of this title has been pulled from Amazon in both the USA and Canada. Many have had their orders outright cancelled!

At first glance it would appear to be a cancellation of the Blu-ray. However, given that the UK had production issues with this same title (leading to a delay with the release), it is possible the same situation is present in other markets. Either way, unfortunately it looks like the Blu-ray won’t be surfacing today with the DVD set; we’ll keep you updated on whether it’s really gone or just delayed.

In the meantime WrestlingDVDNetwork.com is here to give you a first look at the packaging of the DVD that did make it to stores today — and this artwork has Attitude!! 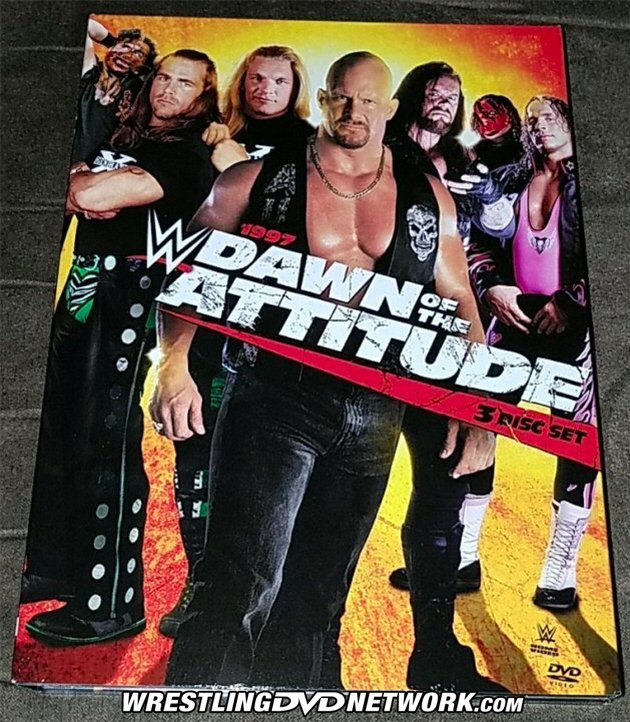 “1997 – Dawn of the Attitude” features a whopping 26 of the biggest matches and moments witnessed in WWE between January and December 1997, all led by a newly-filmed roundtable as five legends synonymous with the Attitude Era discuss how it all began. READ THE REVIEW.

As for the attitudinal aesthetics of the physical set, with the US version of the DVD we’re once again treated to Digipak-style packaging. This time the content listing is printed on the inside flaps, surrounded by artwork of stars like Stone Cold Steve Austin, The Undertaker, Kane, Triple H, Shawn Michaels, Mankind, Dude Love, The Hart Foundation, The Nation of Domination, and more!

Thanks goes out to “JayJayRock206” for sharing these photos. 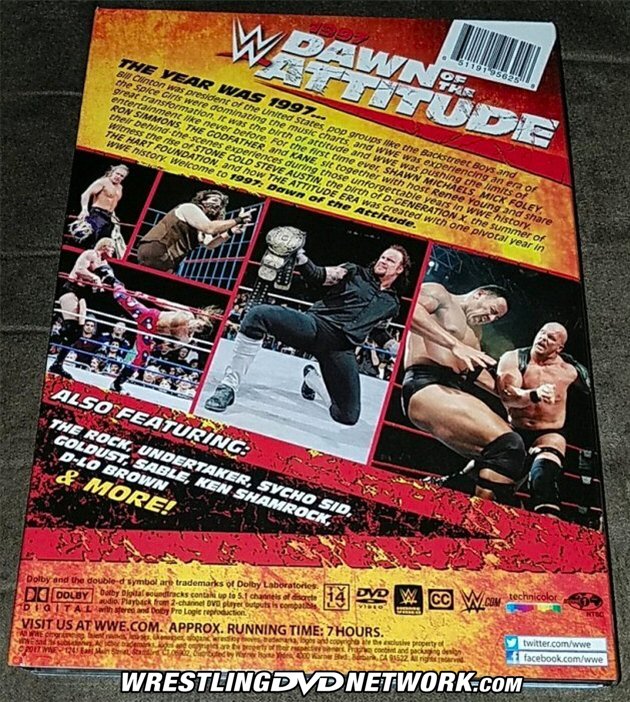 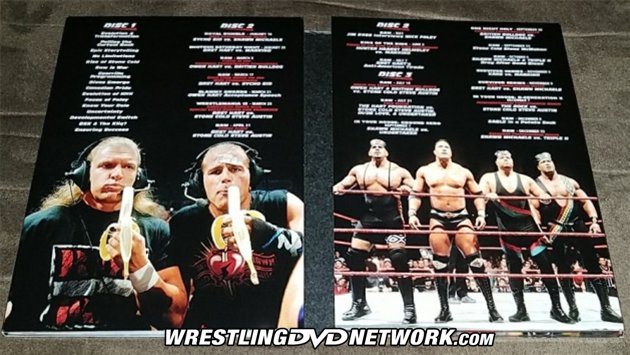 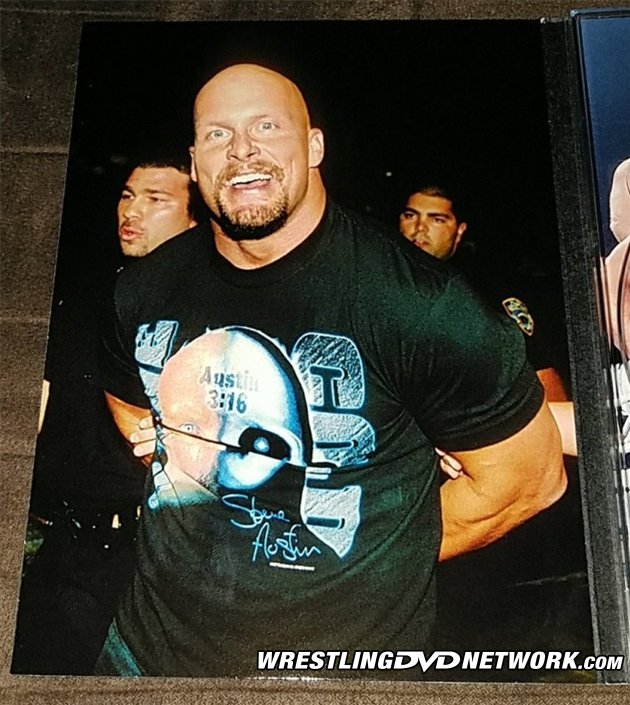 Almost 1 hour and 30 minutes of bonus content was selected to feature on the Blu-ray edition. 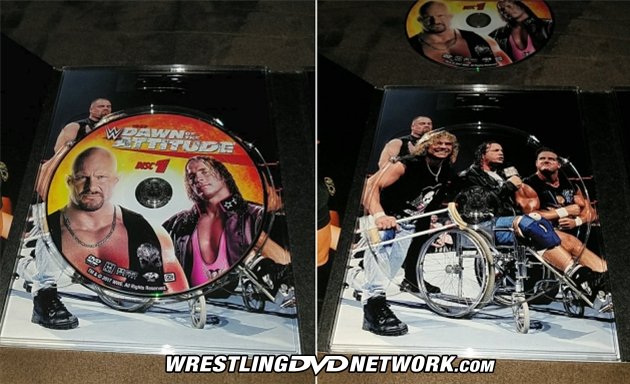 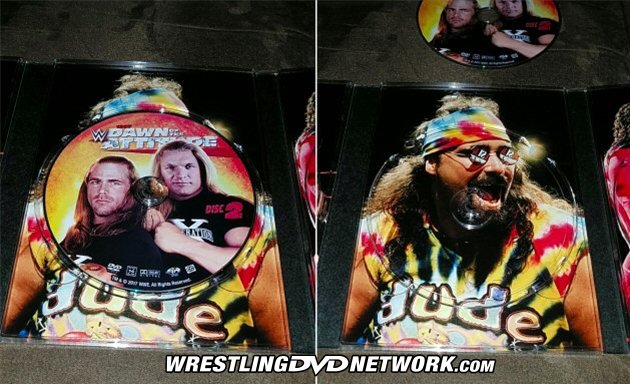 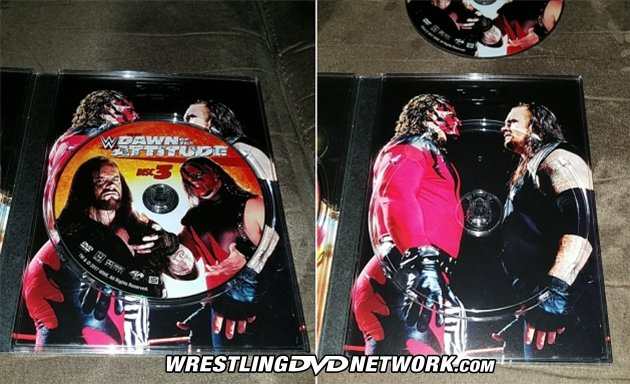 – UK/Europe: NOW! Get the new “Dawn of Attitude” DVD or Blu-ray right now via Amazon.co.uk. 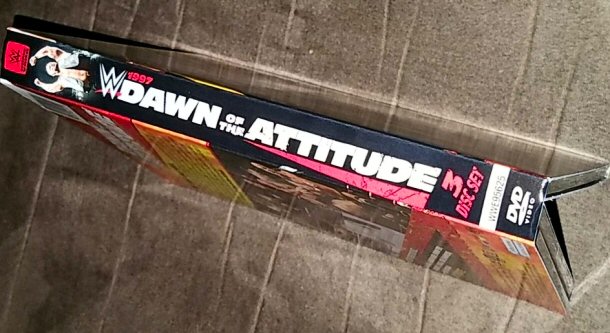