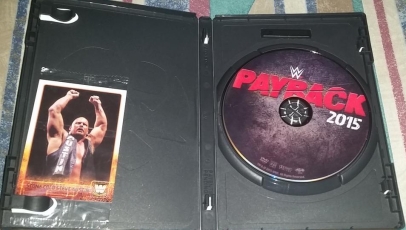 Payback 2015 is the next WWE DVD release on the way, officially available in stores across the United States tomorrow. Before then, here’s an exclusive first look!

Payback aired this time last month and was headlined by Dean Ambrose vs. Roman Reigns vs. Randy Orton vs. Seth Rollins in a Fatal 4-Way match for the WWE World Heavyweight Championship, and Rusev vs. John Cena in an “I Quit” match for US Championship.

Below are pre-release photos of the Payback 2015 DVD and a reminder of the extras you can expect to find on there, two of which are “Home Video Exclusive” segments. 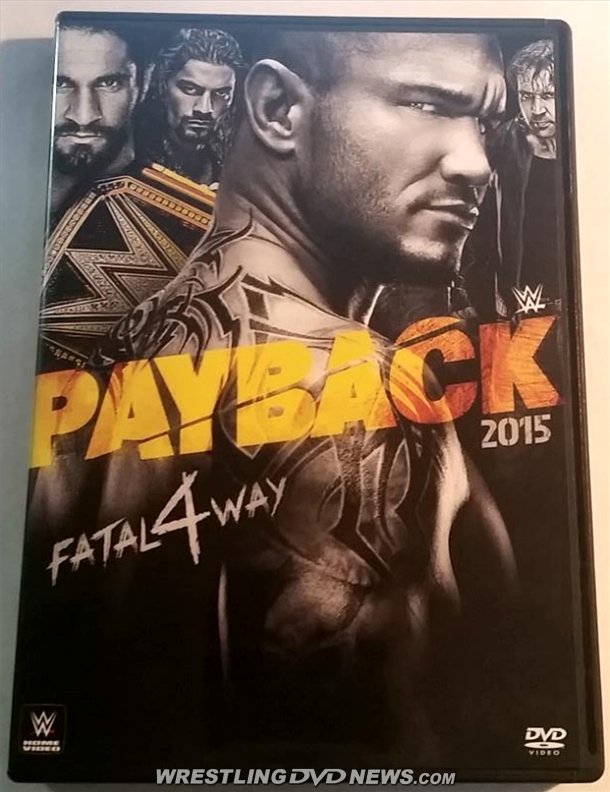 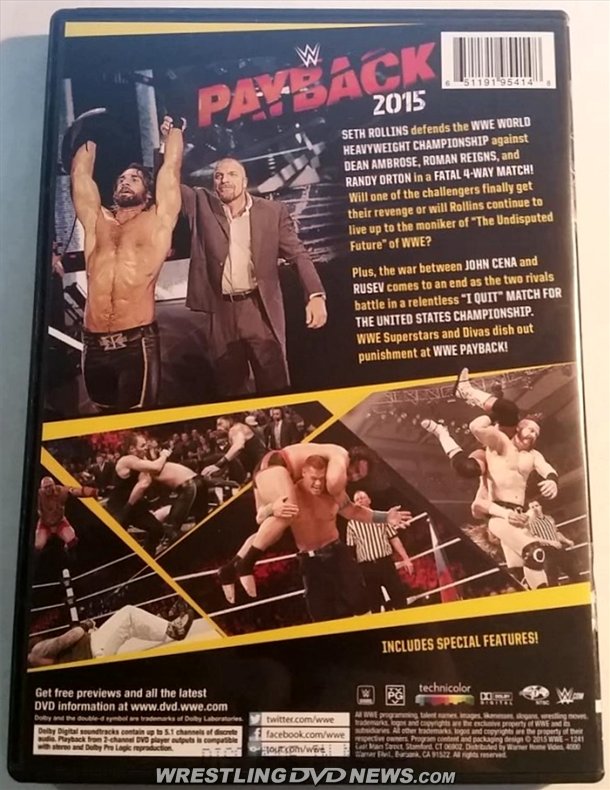 Seth Rollins defends the WWE World Heavyweight Championship against Dean Ambrose, Roman Reigns, and Randy Orton in a Fatal 4-Way Match! Will one of the challengers finally get their revenge or will Rollins continue to live up to the moniker of “The Undisputed Future” of WWE?

Plus, the war between John Cena and Rusev comes to an end as the two rivals battle in a relentless “I Quit” match for the United States Championship.

WWE Superstars and Divas dish out punishment at WWE Payback! 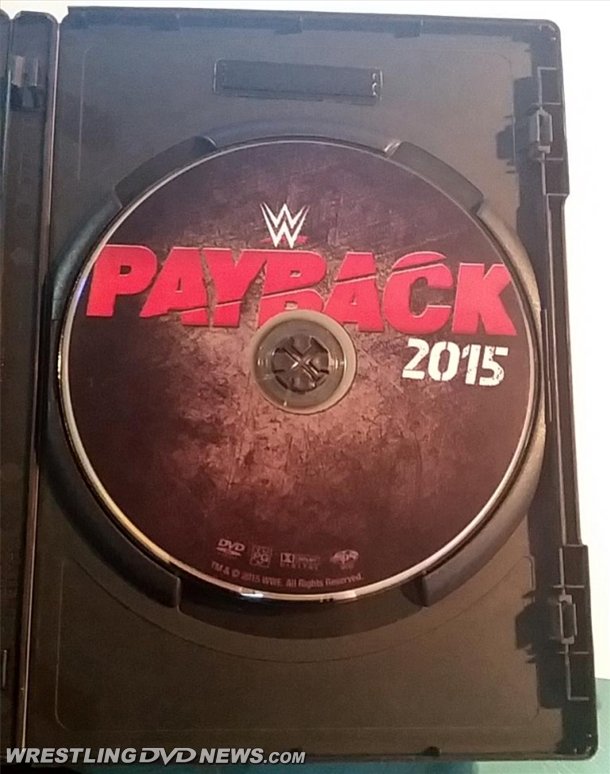 — Neville is Living Proof That Anything is Possible
(Home Video Exclusive)

There will be 5 more extras present on the UK exclusive Blu-ray edition. 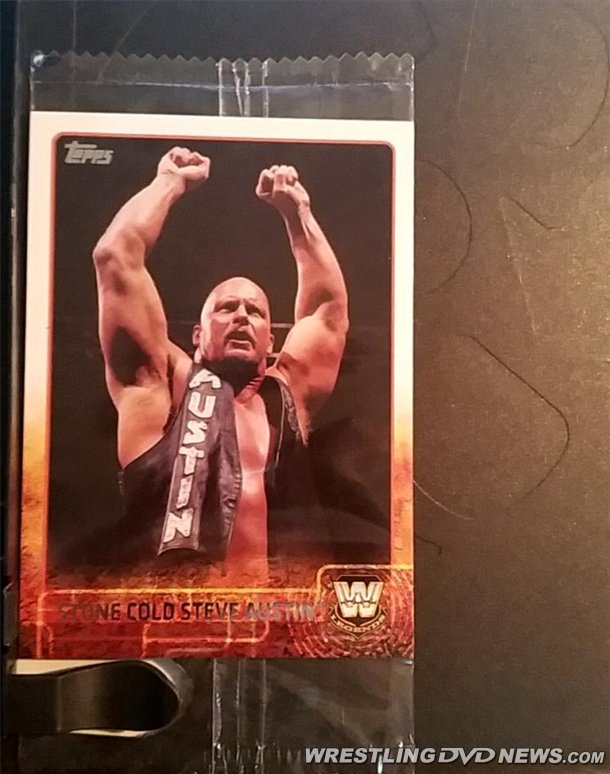 – USA: Tomorrow! Get your copy of Payback here on Amazon.com.