The next release from WWE Home Video is about to hit stores near you and it just so happens to be “The Granddaddy of Them All”, “The Ultimate Thrill Ride” — WRESTLEMANIA 33!

Click here to get your WrestleMania 33 DVD or Blu-ray from Amazon.com.

As always, WrestlingDVDNetwork.com is your “Fast Pass” to an exclusive first look as today we’re hands-on with the 3-disc DVD set before WWE releases it anywhere… 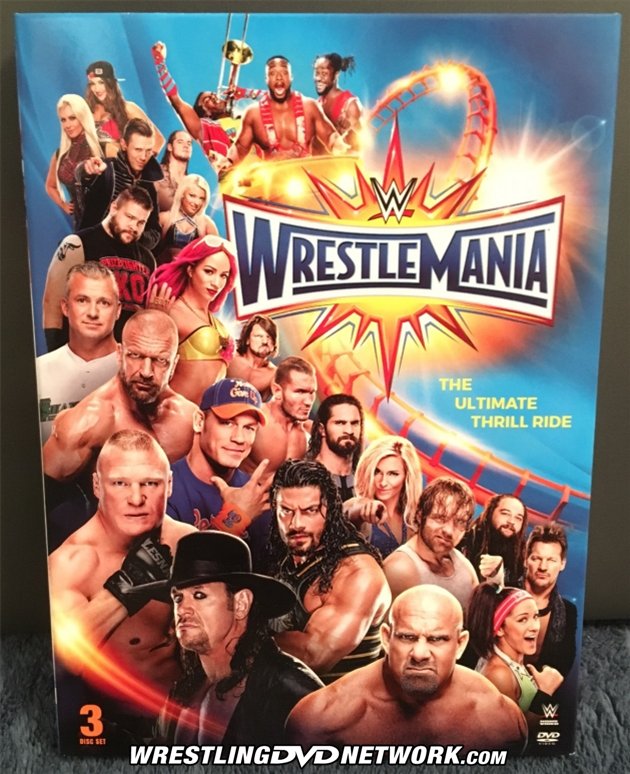 WrestleMania 33 will officially be made available tomorrow, May 9th, to fans in the United States.

The DVD pictured will present the entire WrestleMania pay-per-view event (which ran over 5 hours) and the entire Hall of Fame 2017 induction ceremony (which ran close to 4 hours), packing the release with almost 9 hours of content. The UK’s version of the DVD will somehow manage to also squeeze on the Kickoff Show matches upping the runtime to 9 hours and 30 minutes!

Get a look at early photos of the packaging, thanks to WDN reader Matthew Tremble: 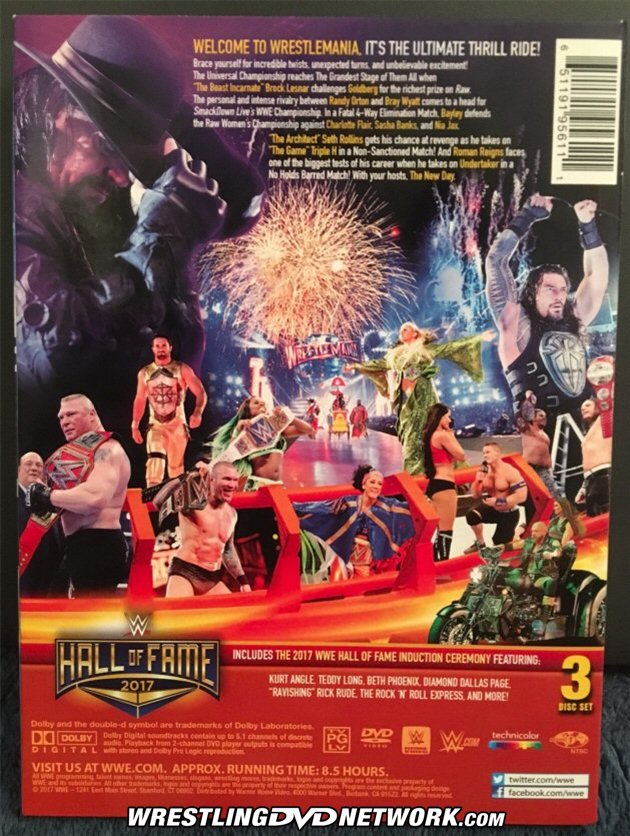 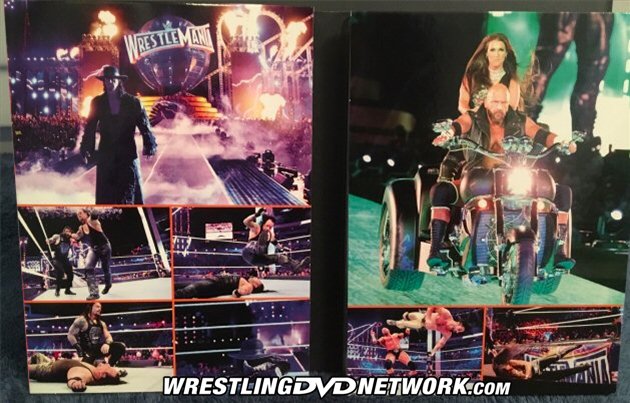 Brace yourself for incredible twists, unexpected turns, and unbelievable excitement! The Universal Championship reaches The Grandest Stage of Them All when “The Beast Incarnate” Brock Lesnar challenges Goldberg for the richest prize on RAW.

The personal and intense rivalry between Randy Orton and Bray Wyatt comes to a head for SmackDown Live’s WWE Championship. In a Fatal 4-Way Elimination Match, Bayley defends the RAW Women’s Championship against Charlotte Flair, Sasha Banks, and Nia Jax.

“The Architect” Seth Rollins gets his chance at revenge as he takes on “The Game” Triple H in a Non-Sanctioned Match! And Roman Reigns faces one of the biggest tests of his career when he takes on The Undertaker in a No Holds Barred Match! With your hosts, The New Day. 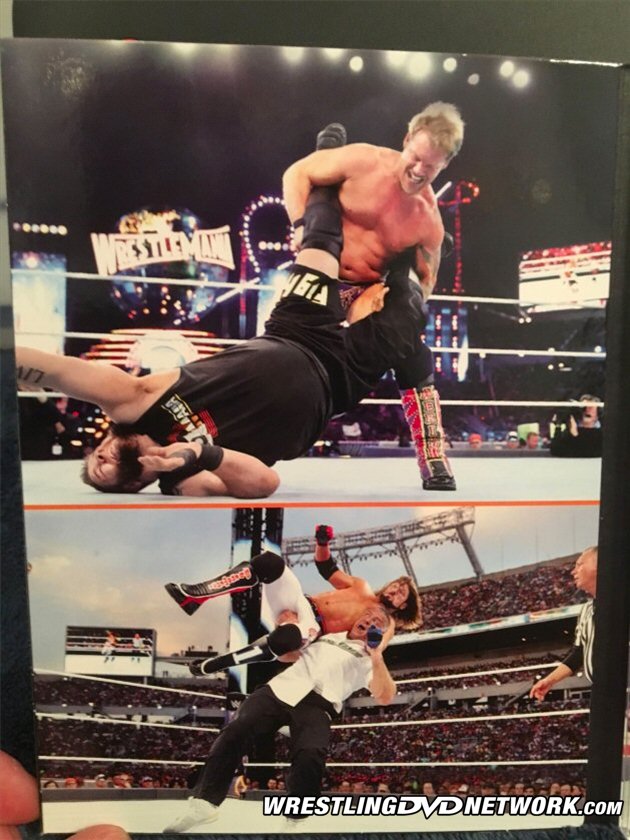 The Blu-ray edition of WM33 will feature an exclusive extra running 6 minutes and 33 seconds. 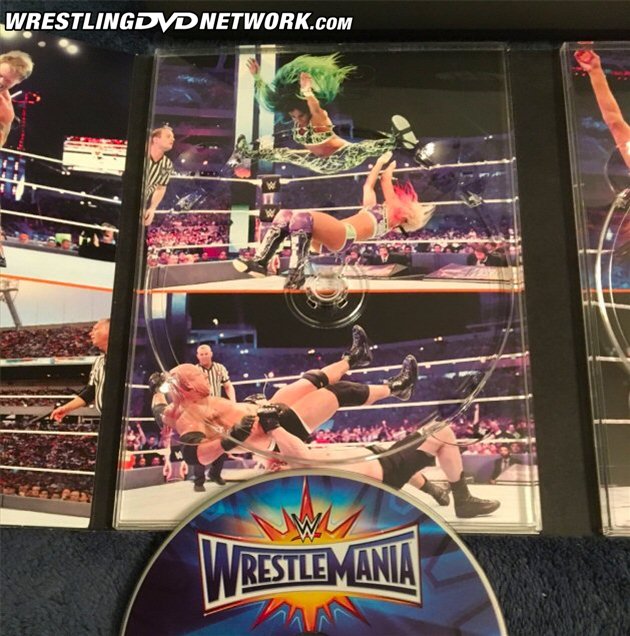 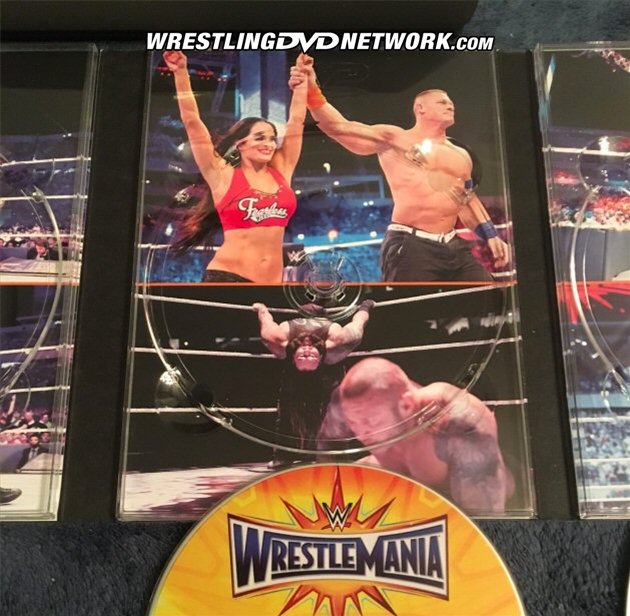 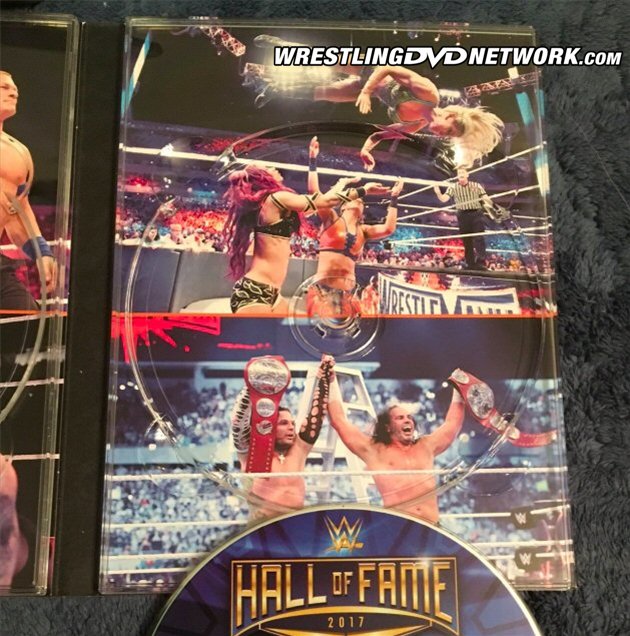 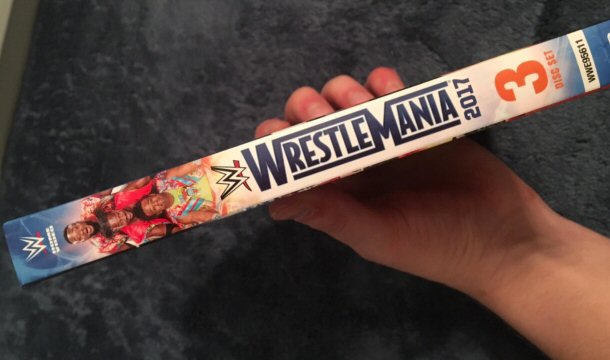