You can pre-order a copy using the buttons below.

Before then, “The Best of RAW & Smackdown 2014” is on the way. That’s the next WWE DVD release ready to hit US stores and will do so on February 3rd. 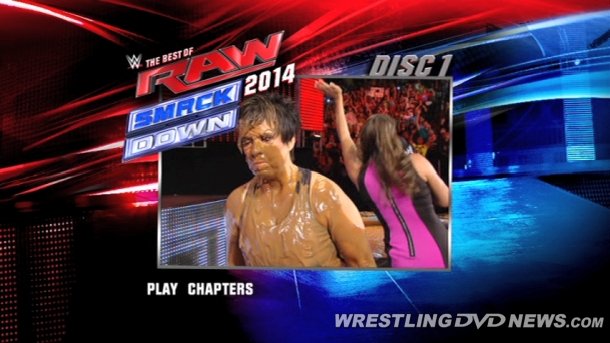 This one is planned to be a 7 hour and 20 minute compilation spread over a 3-disc DVD package. There will be 20 RAW/Smackdown matches featured on the set, a few of which have alternate commentary added, in addition to 7 interview and promo segments.

As you can see from these exclusive first look screenshots, Byron Saxton is the host of the DVD. Along with his host segments between matches, there are also fan interviews included in which fans give their opinions on major moments from RAW/Smackdown in 2014. 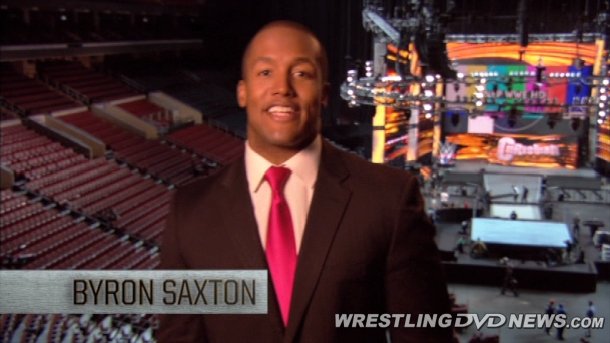 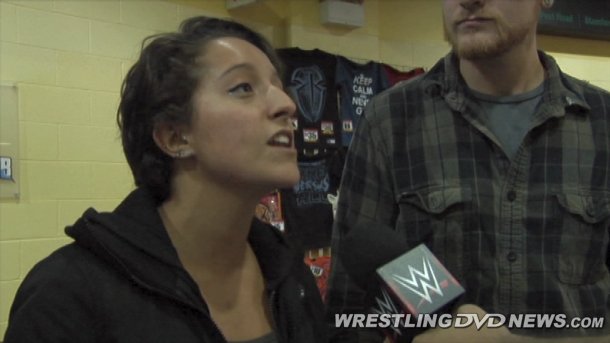 The full match & promo listing for the “Ultimate Warrior: Always Believe” WWE DVD/Blu-ray was revealed last week. Still to come is confirmation of the documentary chapters.

We’ve received a new synopsis for that documentary, revealed below, which promises “unparalleled behind-the-scenes access” and interviews with Warrior’s wife and daughters.

The new Warrior DVD/Blu-ray set releases in April. Click here to pre-order yours.

Follow WWE Hall of Famer, The Ultimate Warrior, in his long awaited return to the WWE Universe. With unparalleled behind-the-scenes access, watch Warrior’s first meetings back at WWE headquarters, reconnecting with past and present WWE Superstars at WrestleMania 30, and his 2014 Hall of Fame induction.

After Warrior’s untimely passing, his wife Dana, and daughters, Indiana and Mattigan, talk about the legacy Warrior left behind.

We’ve received another synopsis. This one is for the WrestleMania 31 DVD, which you can read below. The WM31 DVD/Blu-ray is expected to release at the beginning of May.

All roads lead to the grandest spectacle in all of entertainment as WWE heads to the west coast for the 31st edition of WrestleMania! WrestleMania has held the distinction as the preeminent event to perform on, in front of an excess of 60 thousand screaming fans and millions watching around the world. All of WWE’s biggest superstars get set to do battle in the biggest matchups of the year.

This year, in the brand new Levi’s Stadium in Santa Clara, who will add their name to the history books by walking out of WrestleMania 31 with the WWE World Heavyweight Championship held high John Cena, Brock Lesnar, Big Show, Triple H, and several major Superstars strive to cement their legacies and create moments that will own a permanent place in WWE lore. Featuring exclusive backstage footage, the 2015 Hall of Fame Induction, and much more!

Thanks for entering our “RARE BOX” giveaway over the weekend. The following 5 WWF/WWE DVD titles have now been selected at random from the box as prizes.

5 WDN readers who have subscribed to our e-mail list will be selected at random shortly and contacted at the email addresses signed up with. Be sure to check your inbox.

We encourage you to stay signed up to our free e-mail list as we may be repeating the “rare box” giveaway in the coming weeks, plus staying a subscriber will give you automatic entry into all future giveaways using our e-mail list and daily updates of our breaking news, first!