Get a first glimpse at the Triple H: Thy Kingdom Come DVD!

YouTube user SandersRobin24 managed to get hold of a copy early and has posted the following video which gives a look at the full packaging artwork and also a review.

“Thy Kingdom Come” contains a documentary on Triple H’s life and career, with a runtime of over 2 hours. Additionally there are 12 matches to go along with that, plus an extra match and more interview footage exclusive to the Blu-ray edition.

Order it for September 24th at Amazon.com; October 14th to the UK at WWEDVD.co.uk.

The Mid-South DVD is released TODAY – click here to get yours if you haven’t already!

Both the Legends of Mid-South Wrestling and Triple H: Thy Kingdom Come DVD/Blu-ray releases are advertised in the October WWE Magazine. Thanks to Jamyn Blanton. 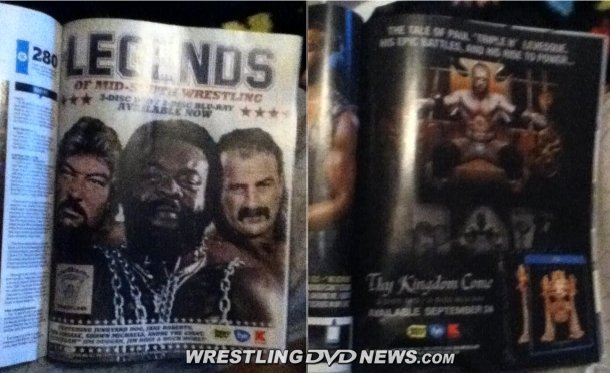 Here are the top 10 WWE DVDs that sold for the most cash in the past month or two. These rare titles sold on eBay from $50 all the way up to $249!

Eddy Shepard sends word of finding the Night of Champions 2012 DVD in the $5 bins at Walmart as of late. It’s also priced at just $5.99 here on Amazon.com. 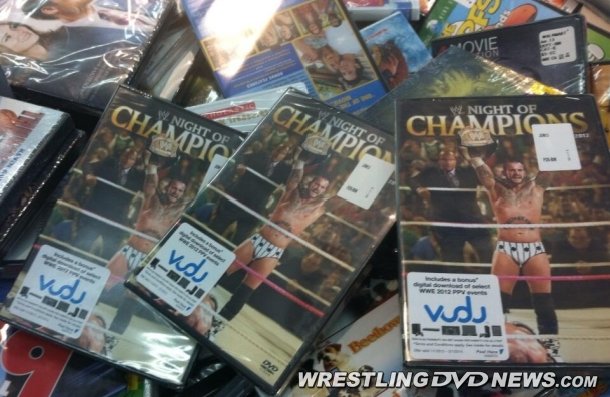 Kyle Barker sends word of finding the Payback 2013 and 12 Rounds 2: Reloaded DVDs at Family Video for just $4.95 each. Keep a look out. 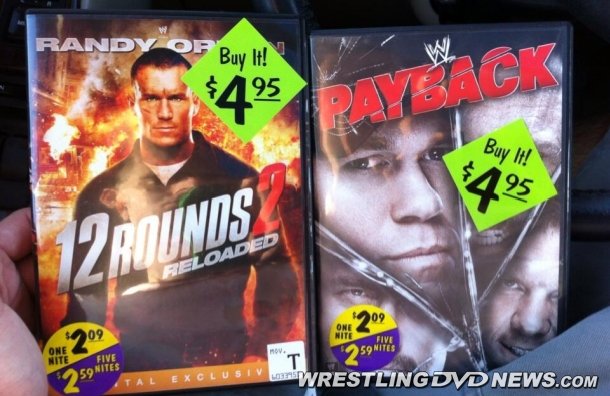 The TNA Slammiversary XI DVD (released next month by TNADVD.co.uk) will have a runtime of 6 hours and 38 minutes! It’s a 2 disc set with the following massive list of extras.

The Return of Suicide

Sting Retrospective on His World Title

Inside The Mind of ‘The Icon’

Before The Bell: Slammiversary

Interactive Q & A with Bully Ray

We recently mentioned that The Top 25 Rivalries in Wrestling History was streaming on Netflix but quickly pulled later that same day. It’s back on there now to watch and has a runtime of 2 hours and 50 minutes, the full countdown feature the DVD/Blu-ray had.

Click here to get a FREE 1 month trial of Netflix in your area, which can be cancelled at any time. That’s a great way to try out WWE’s instant streaming on Netflix absolutely free! 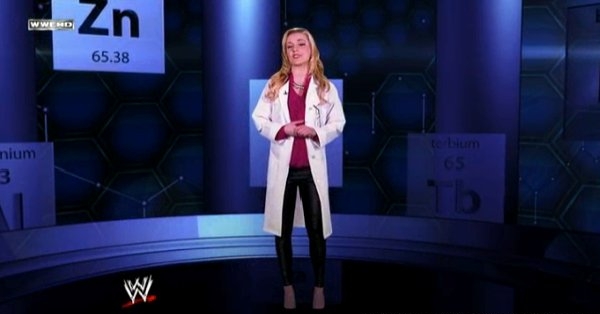