Get an exclusive first look at “The Very Best of WCW Nitro Vol. 3”, the next installment of WWE’s DVD and Blu-ray series on WCW Monday Nitro, on the way this August!

Below is a new synopsis for Volume 3, which again confirms that DDP is back to host, and a pre-release look at the planned packaging artwork. Shown here is the Australian Blu-ray edition which right now is scheduled to release first via WWEDVD.com.au on August 5th.

Take a trip back to one of the most exciting eras of sports entertainment with host Diamond Dallas Page as he brings The Very Best of WCW Monday Nitro: Volume 3. Witness the unpredictability of the n.W.o., the explosiveness of Goldberg, the heart of Sting and Ric Flair, and the athleticism of cruiserweights like Eddie Guerrero and Chris Jericho.

With this special set highlighting the greatest matches and moments from Nitro, see why WCW was where the big boys played! 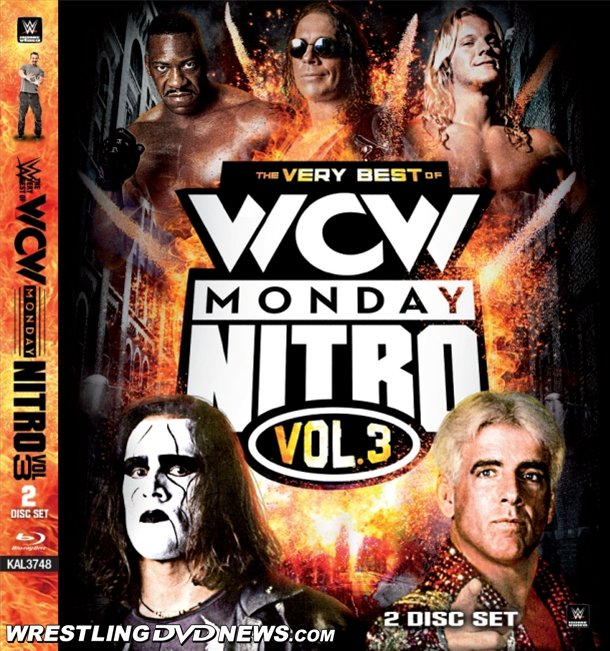 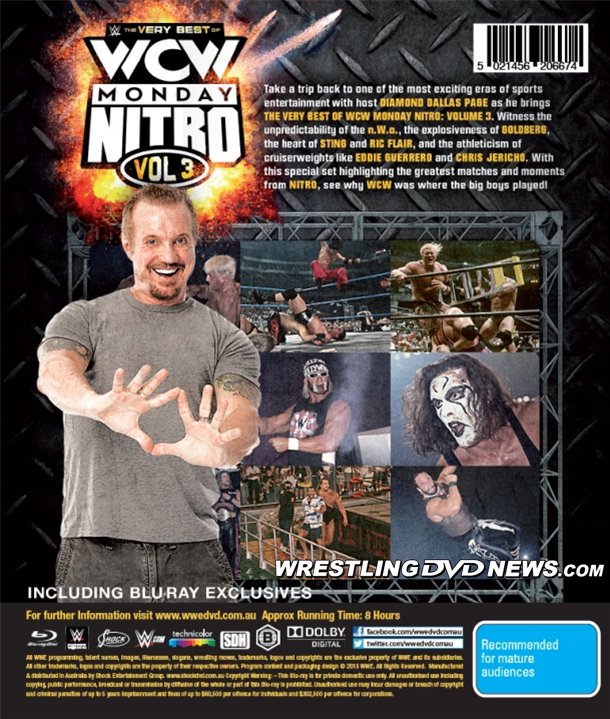 The below snippet of the artwork on the inside of the packaging reveals 3 chapters planned for “The Very Best of WCW Nitro Vol. 3”, including a match and a segment from 1998: 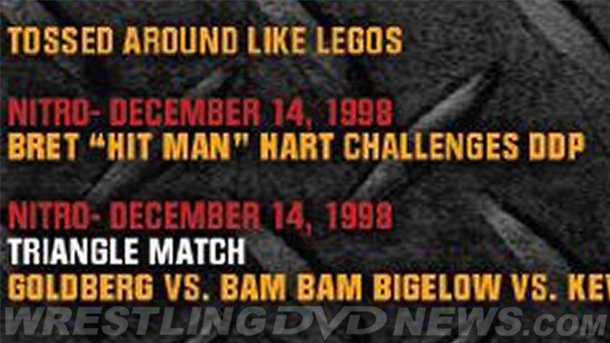 Want to know more? Join us next week here at WDN for “NITRO WEEK” – exclusive content reveals for “The Very Best of WCW Nitro Vol. 3” DVD/Blu-ray every day! 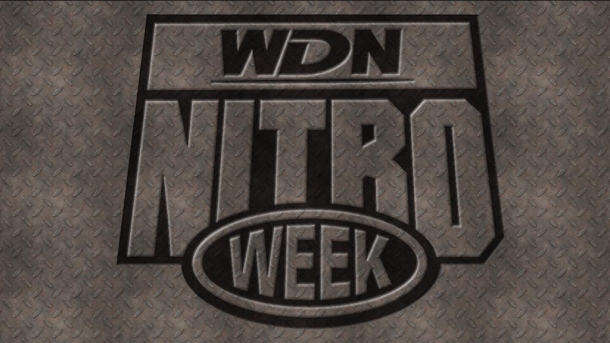 Heads up to any TNA Wrestling DVD collectors in the UK and Europe, right now TNADVD.co.uk has every one of their TNA DVD releases on sale for just £5 each! 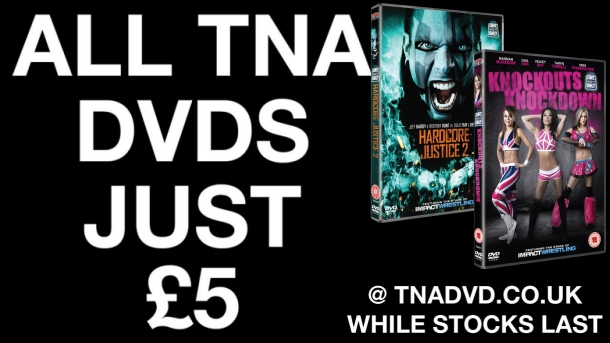 This big lot of 38 WWE DVDs is up for grabs on eBay today (right now $86.00). Not only is it a potentially good deal on a large collection, it also contains some RARE and out-of-print WWF DVD goodies such as SummerSlam 2000/2001, Invasion 2001, and WrestleMania 18! 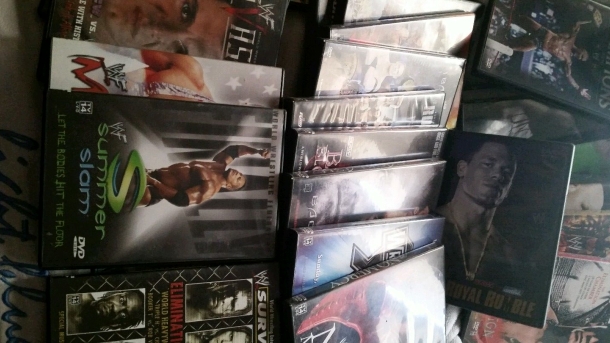