All this week it’s ATTITUDE WEEK here at WrestlingDVDNetwork.com!

Join us every day to get the exclusive scoop on the never-before-seen content that WWE has planned for the “Attitude Era Vol. 3 – Unreleased” DVD and Blu-ray set this summer.

This time around the new Attitude DVD will be filled with previously unseen material the likes of non-televised PPV matches, RAW “dark” matches, house show matches, and more moments you could only see attending live and in person. We hear there are nearly 30 rare gems to be included.

Hey, how do you have an Attitude Era week and not highlight the ol’ Texas Rattlesnake himself? Well, frankly we don’t know how, so today it’s all about Stone Cold Steve Austin!

The Home Video release of last night’s WrestleMania spectacular will hit stores on May 10th in the United States and shortly after in Canada, Australia and the United Kingdom.

You can pre-order the WrestleMania 32 DVD right now by clicking here, or on Blu-ray here.

The artwork revealed so far is for the Steelbook Blu-ray edition (shown again below). The planned list of special features for the DVD/Blu-ray shouldn’t be far away, so stay tuned.

A big limited edition box set will be released for WrestleMania 32, slated to include the DVD and some “one of a kind” ‘Mania merchandise. As of now that looks to be a UK exclusive.

“Straight Outta Dudleyville: The Legacy of the Dudley Boyz” is now just a week away!

The main feature of the new DVD and Blu-ray is WWE’s first-ever documentary on the Dudley Boyz.

Two new preview clips of that documentary have now been revealed! Watch them below and look out for the scene backstage when Bubba and D-Von secretly returned to the company.

Speaking of the “Straight Outta Dudleyville” documentary, you can get a 30 minute sneak peek at it on the WWE Network later this week. All the details on our WWE Network Schedule.

The “Sting – Into The Light” documentary, released on the WWE DVD and Blu-ray set last year, was recently added to the Network. The original, full length documentary ran for slightly under 1 hour and 20 minutes on DVD, however the Network upload runs for a total of just 55 minutes. It’s possible that the company condensed it down so that it’s no longer than an hour.

WDN reader Brian notes that some of the cuts in the Network version include discussion of Sting’s personal life and the mentions of his activities between the end of WCW and his WWE run. A few of the chapters are also shown in a different order compared with that of the DVD. 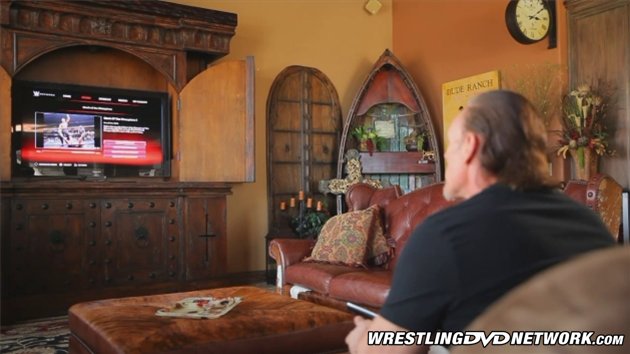 MORE SALES: We noted that Best Buy has recently begun a WrestleMania season Blu-ray sale. It can be found in selected stores across the United States and also online here.

WDN reader David P. sends word of another sale – Barnes & Noble are running a 50% off WWE DVD sale right now (found here) with prices as low as $2.99 for multi-disc sets! 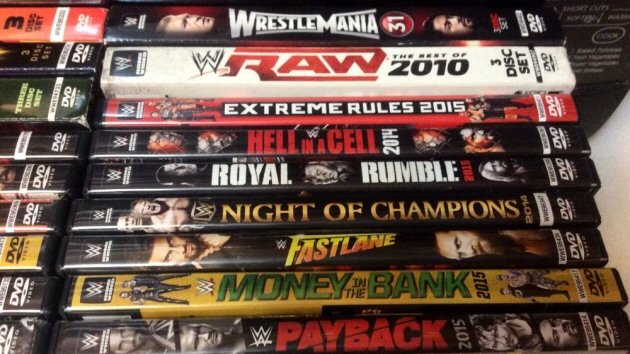 MORE DEALS: All of the WWE DVD goodies listed below are going cheap on eBay today and tomorrow – deals on classic and recent WWE DVDs, Blu-rays, and out-of-print WWF DVDs.

Add them to your Watch List so you don’t miss out! 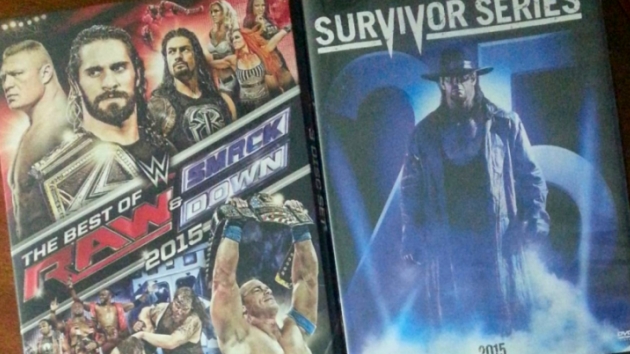