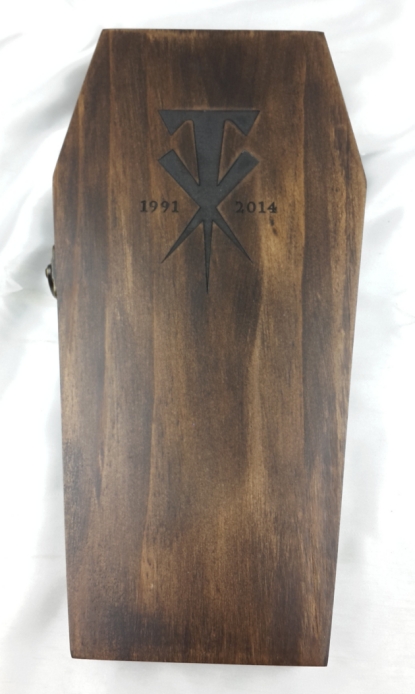 Above and below, get an exclusive look at the “Undertaker: The Streak 21-1 (R.I.P Edition)” coffin box set, before WWE officially releases it later this year! 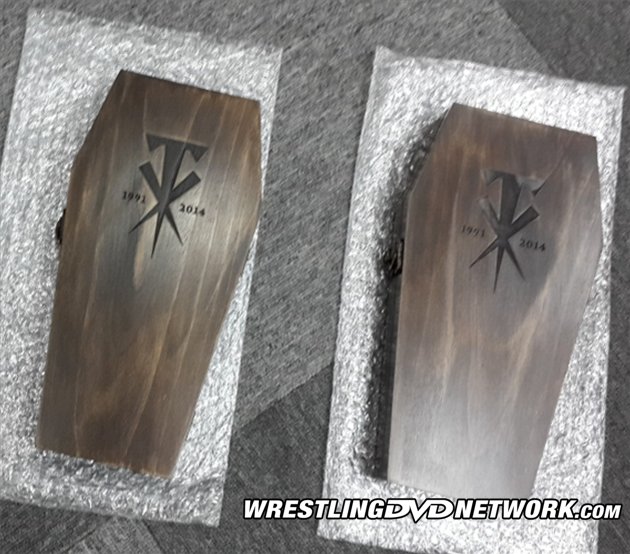 For now the in hand product is a prototype, but it gives a nice indication of what we’ll be treated to when the finished product joins our collections come November – a coffin-shaped box set (made of real wood), with a fold-out mechanism that reveals purple cushioning inside.

Of course, also inside the box set will be the 5 disc “Undertaker: The Streak 21-1” DVD featuring every match of Taker’s WrestleMania streak unedited, and a limited edition trading card.

There will be only 666 Taker coffins produced in North America and 2101 of them in the UK/European market. Lock in a pre-order before your chances of owning one rest in peace… 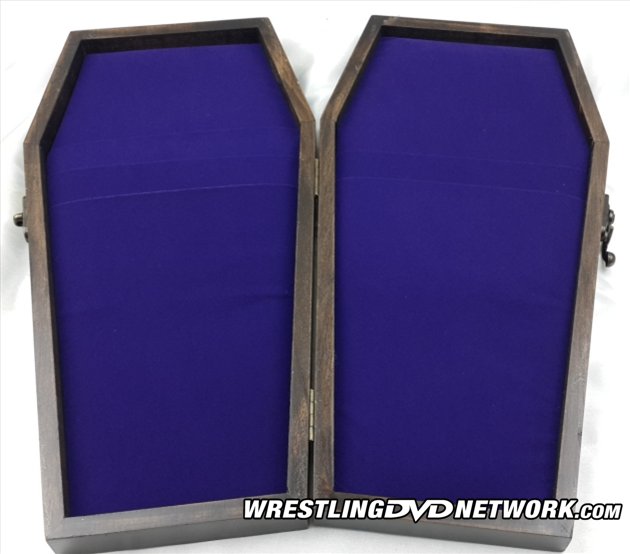 Order your “Undertaker: The Streak” DVD Coffin Box Set in the USA…

Order your “Undertaker: The Streak” DVD Coffin Box Set in the UK…

MORE 2016 WWE DVDS PLANS: Before the end of this week, WrestlingDVDNetwork.com will be revealing even more plans for 2016 WWE DVD and Blu-ray titles!

Any guesses what this Superstar DVD/Blu-ray will be? Leave a comment below! 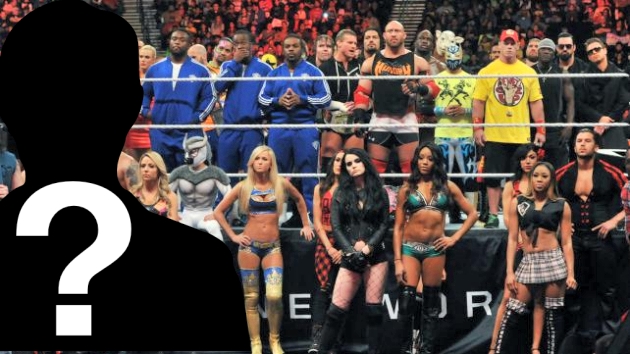 Report: WWE Planning To Return To Saudi Arabia This October