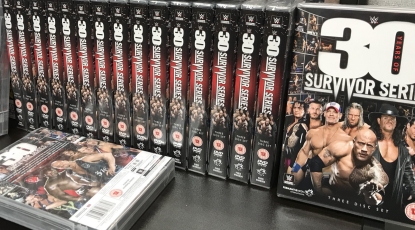 The first sighting of WWE’s next three-disc DVD set, “30 YEARS of SURVIVOR SERIES”, is above and comes to us via @WrestlingShop on Twitter ahead of the official release anywhere!

And right here at WrestlingDVDNetwork.com today we’re bringing you an exclusive sneak peek at the main feature which counts down the 30 greatest moments in Survivor Series history.

The full-length version of the “30 YEARS of SURVIVOR SERIES” countdown will run for 1 hour and 10 minutes (see it all by pre-ordering now) and that will be accompanied by more than 6 hours of historic matches from the PPV event’s 30-year history; Hulk Hogan vs. The Undertaker, The Bad Guys vs. The Teamsters, Triple H vs. The Rock vs. The Big Show, Team Orton vs. Team Kingston, The Rock & John Cena vs. Awesome Truth, and Goldberg vs. Brock Lesnar to name a few!

If that wasn’t enough there’s an Easter Egg confirmed for the content. You’ll be able to find this extra footage buried within the chapters of the countdown portion, presumably an extra #31 moment.

There’s not long to wait now to see everything included! WWE will release this DVD collection to fans in the UK exactly 1 week today, following a day later on the Tuesday to fans in the United States. 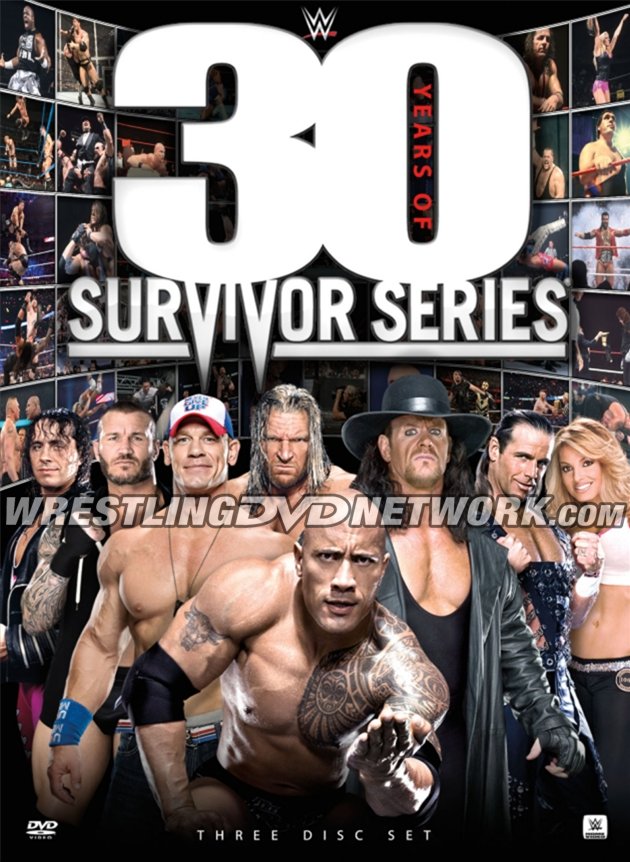 – UK/Europe: Next Monday! Get the 30th Anniversary Survivor Series DVD on Amazon.co.uk.

This one is pretty similar to the Superstar Collection series from back in 2012 whereby one star is selected for a short profile compiling a handful of their matches from recent years. Originally found as a bonus in Mattel figure packs, these single-disc titles will each be sold at around the $9.99 mark in stores this week and will center around Roman Reigns, John Cena and Finn Bálor.

With thanks to WDN reader JayJayRock206 here’s a first look at “Roman Reigns: Iconic Matches”.

Next up, “John Cena: Iconic Matches”. This has much the same style packaging and disc artwork as Reigns and while there are less matches featured on the DVD it has a similar overall runtime.

Look out for a few photos of the Finn Bálor edition in the coming days.