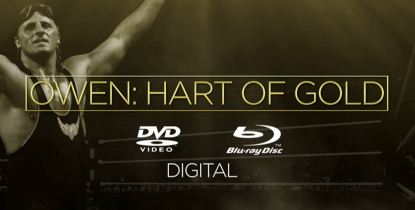 It’s time to get a sneak peek of the “Owen – Hart of Gold” documentary!

The documentary will be available as the main feature of WWE’s new Owen Hart DVD and Blu-ray which right now is scheduled to be released to fans in Australia on December 2nd, fans in the United Kingdom on December 7th, and fans across the United States on December 8th.

Be sure to pre-order your copy now by clicking here to Amazon.com.

Check out the exclusive preview clip below (the very first official footage of “Owen – Hart of Gold” unveiled to date), and a reminder of the synopsis for the DVD/Blu-ray set.

Breaking News to your Email
Check out more posts here on WrestlingDVDNetwork.com: