August’s WWE DVDs will kick off with the Extreme Rules 2018 Pay-Per-View in just over two weeks (pre-order the 2-disc DVD set for $18.96 here on Amazon.com).

You can now take a look at the finalized content listing and above, the official trailer.

This year WWE went “extreme” in Pittsburgh, Pennsylvania as the event played host to Braun Strowman vs. Kevin Owens in a Steel Cage Match, Dolph Ziggler vs. Seth Rollins in a 30-Minute Iron Man Match, the first-ever match between Roman Reigns and Bobby Lashley, AJ Styles vs. Rusev for the WWE Title and five more Championship bouts!

WrestlingDVDNetwork.com is pleased to report that not only are the two Kickoff Show matches included here, a few special features from RAW and SmackDown Live episodes leading into the PPV are too, one of which is the recent Miz TV segment with special guests Team Hell No. 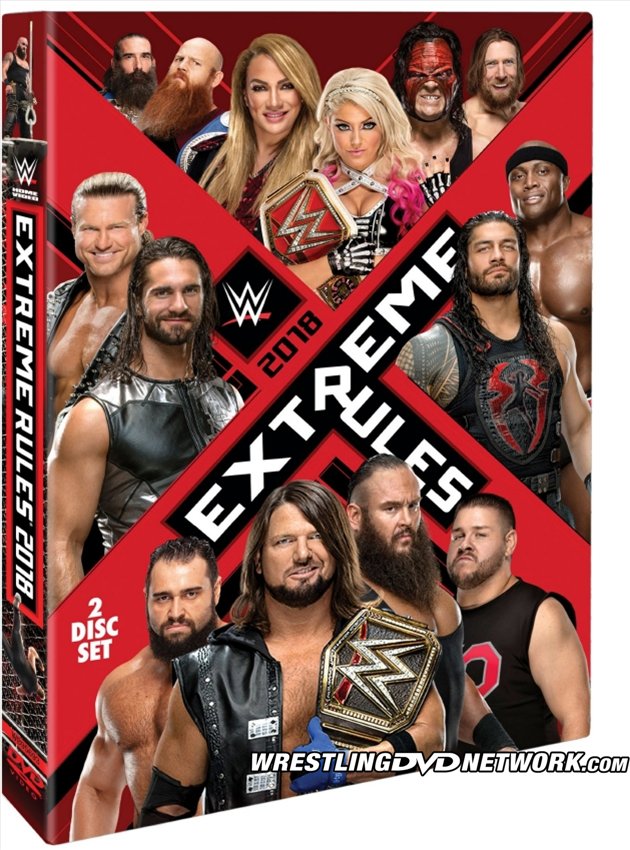 The B-Team Wants to be Celebrate with Roman Reigns

Seth Rollins is Ready to “Burn it Down” 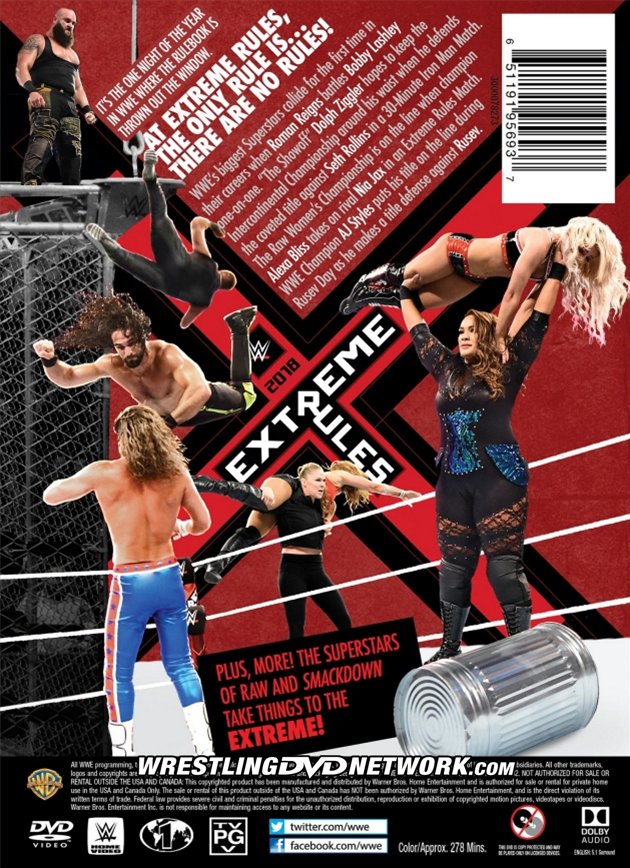 Grab a copy of the new WWE EXTREME RULES 2018 DVD…

– United States: August 14th. Get your copy of Extreme Rules 2018 here on Amazon.com.

The big 3-disc DVD collection that’s on tap to follow Extreme Rules in August will be “30 Years of SummerSlam”.

You’ve seen the front cover artwork, now get a look at the back! The WWE Superstars and legends who didn’t make the front cover but did make the back include Mick Foley (as Mankind), Daniel Bryan, Braun Strowman and Randy Orton.

Nearly 20 matches will be featured on this compilation which will take you, the viewer, on a journey through three decades of SummerSlam moments from its inception in 1988 right through to last year’s Pay-Per-View. The newly-filmed segments will be “Reports” and “Recaps” of important milestones hosted by three WWE personalities that each experienced different eras of SummerSlam. 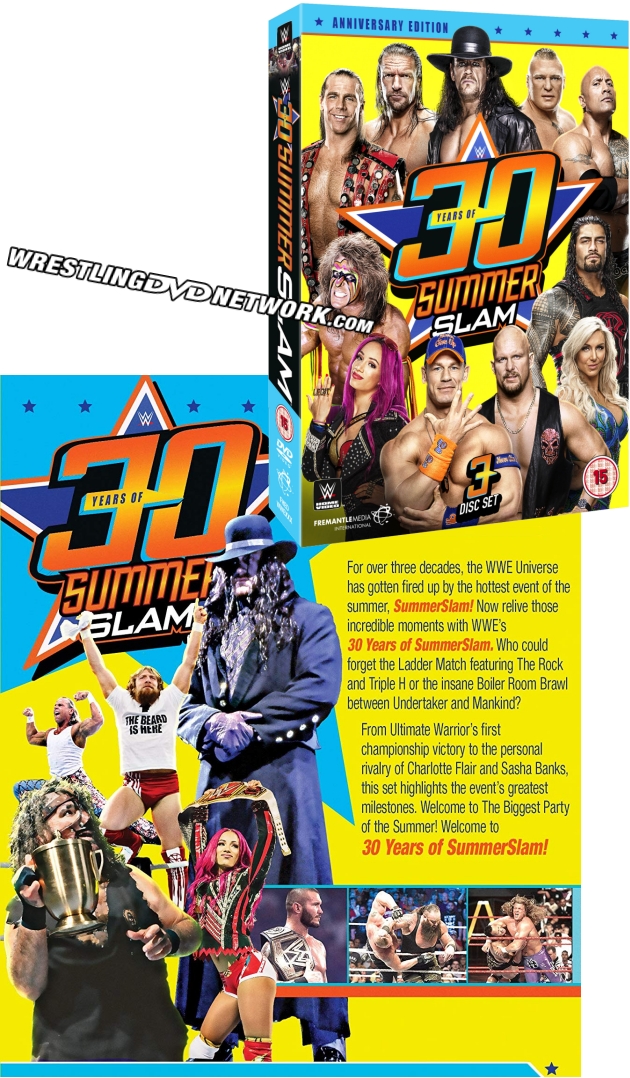 Speaking of PPVs, Money in the Bank 2018 officially released on DVD this week (photos).

WWE’s 2-disc PPV DVDs started up again here with RAW and SmackDown extras now included – that appears to be a continuing trend as we saw earlier.

The MITB DVD will follow to Canada, the UK and Australia next month. 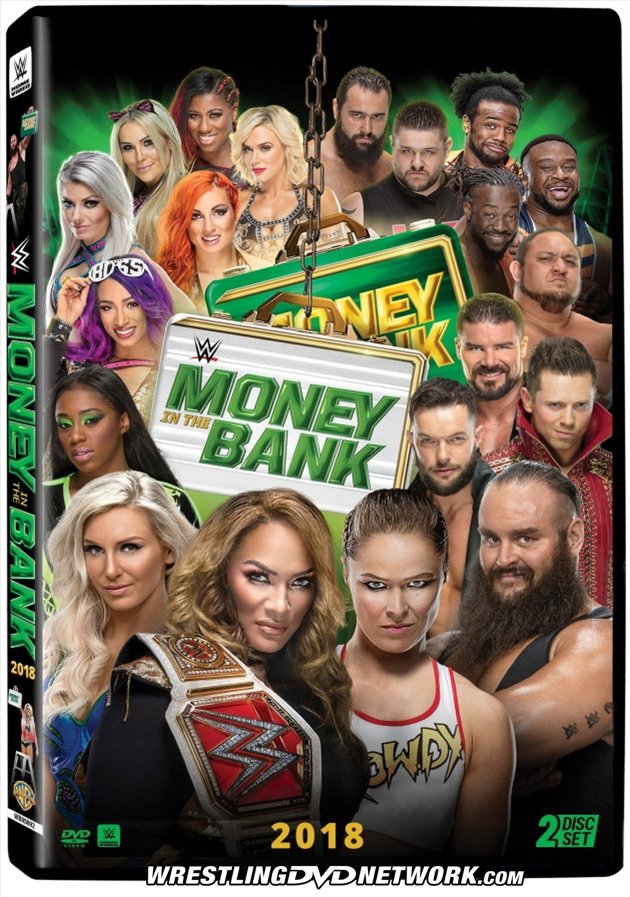 For those in the UK waiting to pre-order the new “Shawn Michaels: The Showstopper Unreleased” DVD you can get your pre-order in over the weekend at WWEDVD.co.uk. 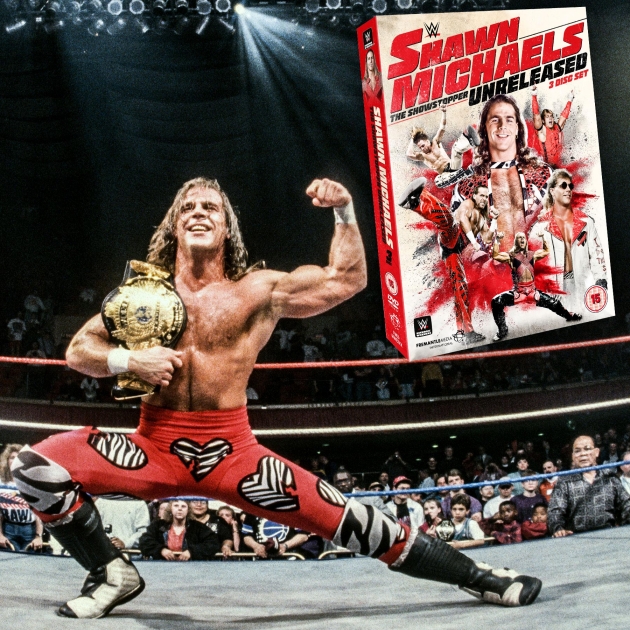 How about adding all of these WrestleMania DVDs to your collection – including the “granddaddy” of them all WrestleMania X-Seven – for only $50?! 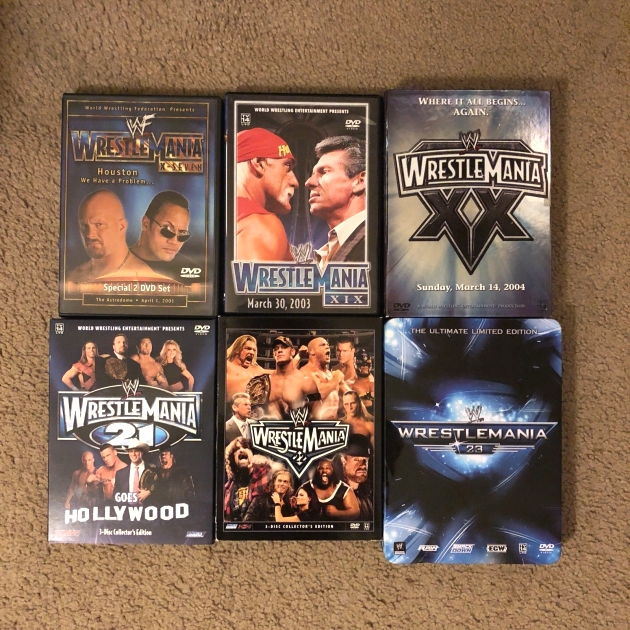 That lot is expiring on eBay today. Other auctions to “Watch” out for this weekend: