Heads up, WrestleMania 32 officially released to the United States TODAY!

The DVD is in stock and shipping now here on Amazon.com and here on WWEShop.com.

A limited edition Steelbook Blu-ray version is being offered online and in-store through Best Buy.

WDN reader Jamie T. sent in these snaps of the Blu-ray menus: 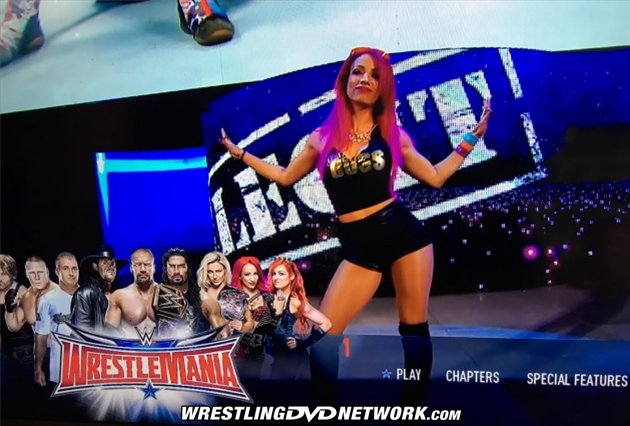 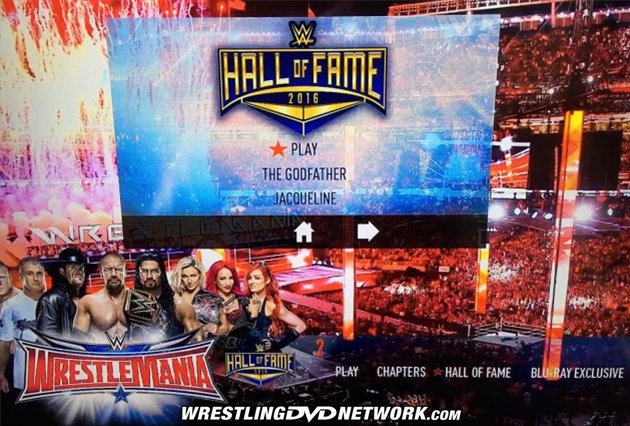 – USA: Now! WrestleMania has landed on DVD/Blu-ray at Amazon.com and WWEShop.com.

Confirmed for release to Australia next month via Madman.com.au are “Monday Night War” and “OMG!” collections containing Volumes 1 and 2 of their respective series, “Legacy” box sets for WrestleMania and Royal Rumble containing PPVs from 2012-2015, and a “Big 4” one that’s set to include WrestleMania, Royal Rumble, Survivor Series and SummerSlam from last year.

Planned artwork and further details on each WWE DVD box set follow below. At this time they appear to be country exclusives as there’s no word on a release to the US nor the UK. 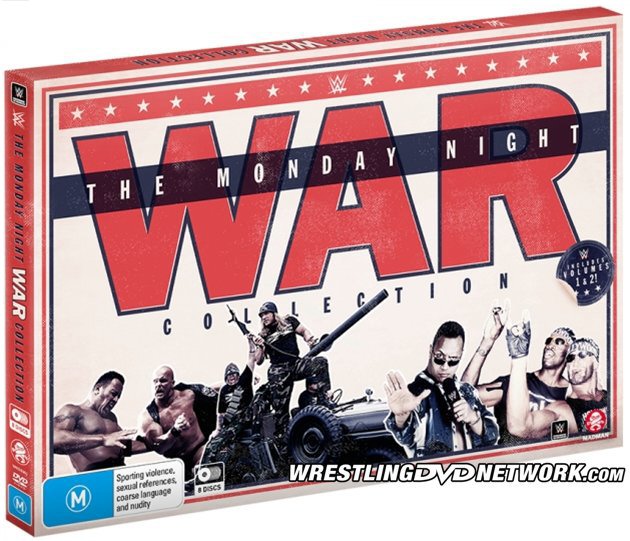 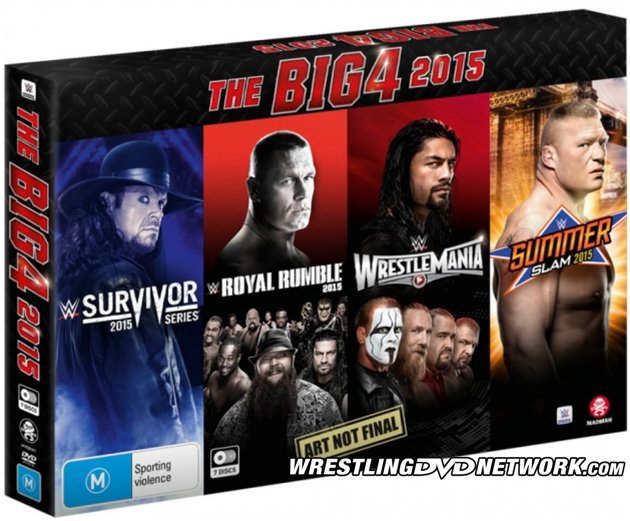 They are the greatest events in sports entertainment, and every year is more explosive than the last. Now, collect all of 2015’s pay-per-view action from the fabled Big 4 in one limited edition box set. Tremble under the might of 30 WWE Superstars in one ring at the Royal Rumble, marvel at the spectacle of WrestleMania, heat things up at SummerSlam, and grab a friend for the tag-team fury of Survivor Series. It doesn’t get much bigger than this. 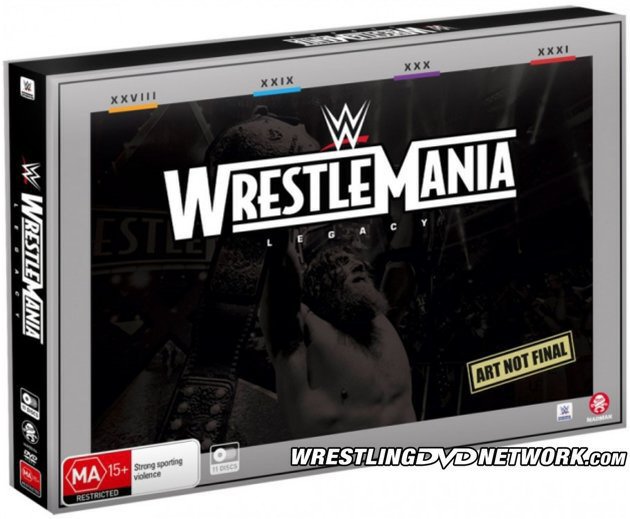 It may only happen once a year, but with this massive new collection you can relive some of the biggest WrestleMania events in recent history again and again. Witness The Rock, John Cena, Triple H, The Undertaker, Brock Lesnar, Roman Reigns and more collide in some of the most anticipated WrestleMania face-offs ever. The greatest spectacle in all of entertainment has never been bigger. 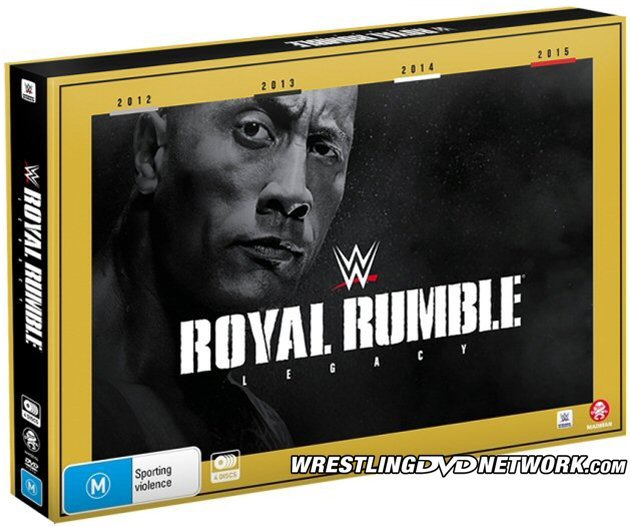 The road to WrestleMania begins at Royal Rumble! Every year, 30 WWE superstars enter the Royal Rumble Match for the opportunity to compete for the WWE World Heavyweight Championship on the grandest stage of them all, and with this huge new collection, you can share their blood, sweat, and tears from WWE’s most unpredictable event of the year. 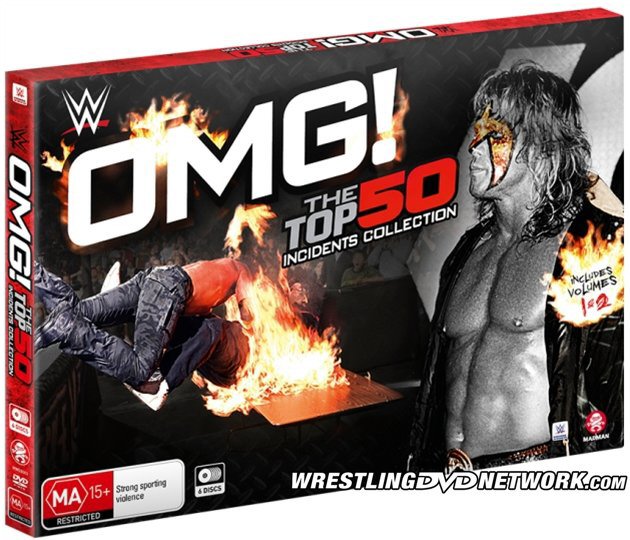 Wars bring out the best and worst in adversaries. WWE and WCW are no different, and in their epic battle, both sides pulled out all the stops to achieve sports-entertainment supremacy. Collected for the first time together, countdown all of the controversial, amazing, and intense moments in over 25 years of WWE and WCW history.

“YouShoot” returns, this time with current Lucha Underground star and former TNA Wrestling talent Joey Ryan. Watch the trailer below and grab the DVD at KayfabeCommentaries.com.

DEALS: The following DVDs and Blu-rays are all on sale today over at WWEShop.com. Use code “SALE30” to get the big Macho Man box set down to a mere $13.99!

Click here to find all of these WWE DVD/Blu-ray deals at WWEShop.com.

MORE DEALS: Up for grabs on eBay today are all of these out-of-print WWF DVD goodies pictured, together in one lot. This auction is currently bid to only $40.00 – worth a little look. 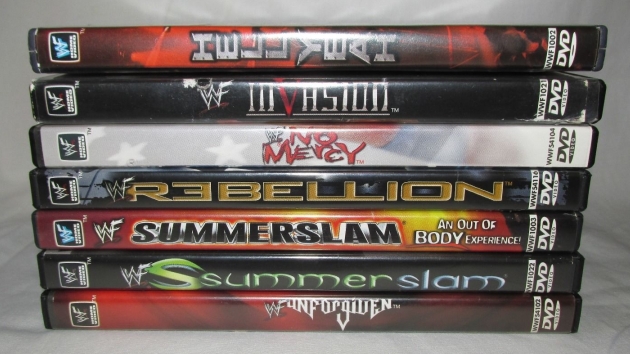 Joining those is this list of potentially great deals including more out-of-print WWF DVDs, multiple Blu-rays going cheap, the NXT DVD, the Dudleyz DVD, and Hell in a Cell box sets!