We’re back as all this week WrestlingDVDNetwork.com exclusively reveals “never-before-seen” Attitude Era matches and moments that WWE will be putting out there for the first time on the new “Attitude Era Vol. 3 – Unreleased” DVD and Blu-ray this summer!

Missed any of the content? See the gems unearthed so far at this link: ATTITUDE WEEK.

The 7 hour DVD (8 hour Blu-ray) compilation will feature 30 bouts that select fans witnessed during the iconic era, and presented between the featured content will be new video packages too.

When you think Attitude Era, your first thoughts will likely be Austin, Rock and DX, but hey, the Attitude Era wouldn’t have been what it was without the huge cast of characters that it had, so for today’s reveals we’re giving some love to those many other Superstars…

*WIN* DVDS & BLU-RAYS: We’re making this special reveal week even better by giving away another lot of WWE DVDs and Blu-rays! Simply follow these instructions to enter…

Want to add the “Owen: Hart of Gold” DVD, the “Daniel Bryan” Just Say Yes! Yes! Yes!” DVD, and the WrestleMania 31 Blu-ray to your collection? One lucky winner who’s reading WrestlingDVDNetwork.com during ATTITUDE WEEK will take them all home for FREE!

All you have to do is subscribe to our email list (also FREE!) at this link or in the box below.

Sign up and confirm your email before Saturday. The winner will be announced early next week and in the meantime you’ll be receiving our news as it breaks. The giveaway is open worldwide. 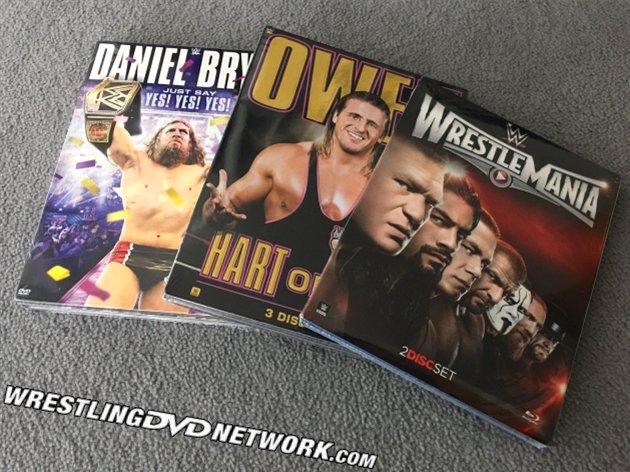