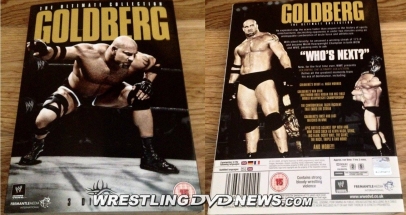 We’re just 11 days away from WWE releasing Goldberg: The Ultimate Collection! As we’ve reported, it’s a compilation of 30+ matches from both WCW and WWE.

A couple of times on each disc of the DVD you will also see video packages setting up the story of particular matches Goldberg had or significant milestones in his career. Below in a new and exclusive clip, check out a preview of one of those video packages!

This one introduces two matches which took place on the same night on Nitro in July 1998 – Goldberg vs. Scott Hall and Goldberg vs. Hollywood Hulk Hogan for the WCW Championship.

Order yours for October 8th at Amazon.com; October 7th to the UK at WWEDVD.co.uk.

The UK version of the new Goldberg DVD (released first on October 7th by WWEDVD.co.uk) has a slipcover and is packaged is a clear plastic case. Below are exclusive photos! 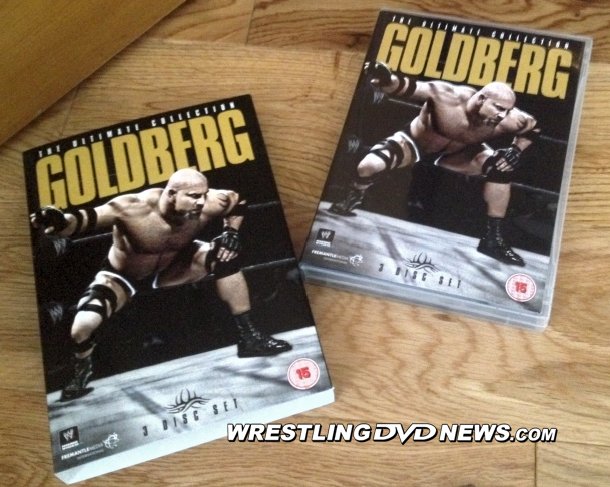 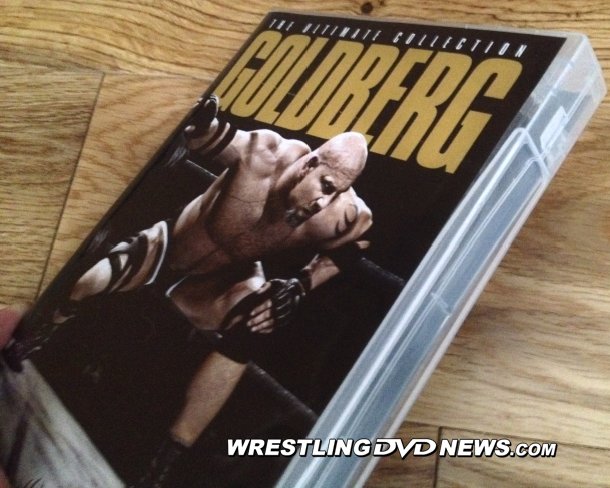 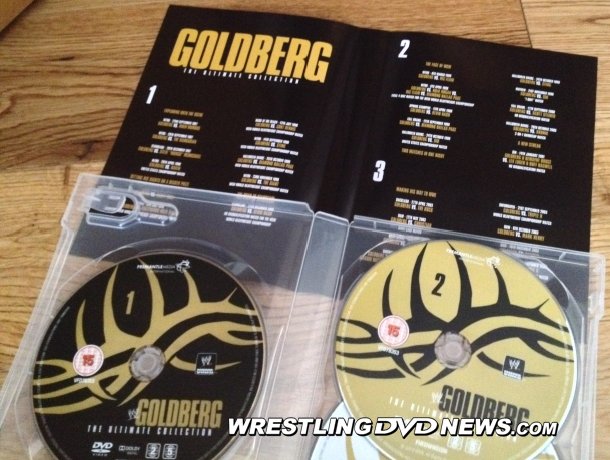 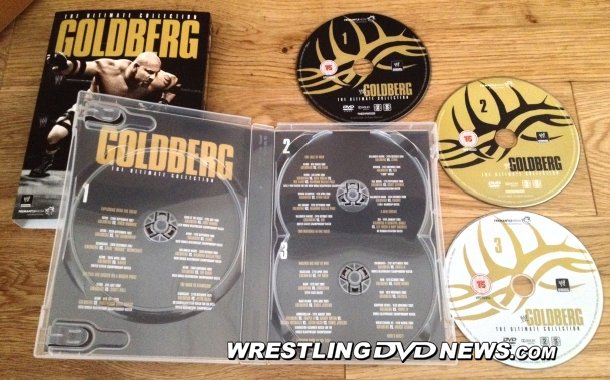 Right now on Best Buy’s website you can get the Rock vs Cena: Once in a Lifetime Blu-ray for only $5.99 including shipping! Thanks to Kahikina Cazimero for passing that along.

Brandon Baltzer sends word that for this week only K-Mart stores are selling the new Triple H “Thy Kingdom Come” DVD for $14.99. That’s worth a look if you are going for the DVD version at the best price available.

Since the content of the Triple H DVD/Blu-ray was revealed some time ago, so too was an Easter Egg on the set called “Evolution – The Name”. WDN reader David Shain found where it is hidden and how to access it. You’ll need the Blu-ray edition and it’s located on disc 2. In the extra stories find “Evolution’s Fifth Member” and just press right twice on your remote.

WWE have now released the following two preview videos of the documentary portion.

Over at WWEShop.com you can get 20% off any order regardless of how much you spend, using code “FALL20“. The code will also give free shipping if you order goes to $50 or more! That deal will be gone after today so be sure to take advantage on DVDs or other merch.

Dan Mader sends word of an interesting WWE DVD find – a copy of the Greatest Stars of the 90s DVD packaged in a new slim case, which must be a recent re-release of the title. 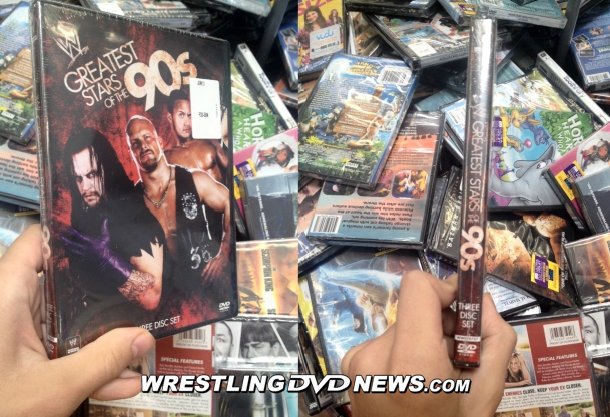