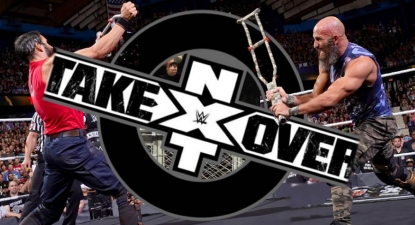 In a recent exclusive update WrestlingDVDNetwork.com revealed that WWE has “The Best of NXT TakeOver 2018” planned for one of their first Home Video releases of the new year.

Now it’s official! Get your pre-orders in March 2019 by clicking here to Amazon.com.

We reported that this will be a change in strategy for the NXT DVD since at the beginning of this year we had “Best of NXT 2017” which covered NXT as whole, including its weekly show.

There has been another change too; this DVD will now be produced as 2-disc set rather than the expected 3-disc set.

We’re seeing multiple references to this being a 2-disc set, including on Amazon, so that’s legit too.

This year saw some of the greatest matches in NXT history. Now you can relive the very best of NXT TakeOver in 2018 with the hottest rivalries and the fastest rising Superstars in sports entertainment.

“The Best of RAW & SmackDown Live 2018” will remain a 3-disc DVD set and this too can now be pre-ordered for next year by clicking here to Amazon.com.

The returning series will, like this year, be a February release. We now have the official synopsis (below) which gives us some hints on the first selections; Ronda Rousey’s debut, The Shield reuniting and The Undertaker returning which were all of course RAW segments.

This should be the next WWE DVD we receive a full content listing for, so stay tuned.

Now, relive the best of RAW and SmackDown Live for the year in this definitive collection. Witness the debut of Ronda Rousey, the return of Undertaker, the reuniting of The Shield, and so much more!

Oddly, “Best Pay-Per-View Matches 2018” was not among this new batch of release dates (it was/is expected in January) but have no fear, we don’t suspect this title has been cancelled because it has already gone live for pre-order in the UK, Canada and Australia. Its match listing and cover artwork were also unveiled in recent weeks, so perhaps this is just a temporary error. 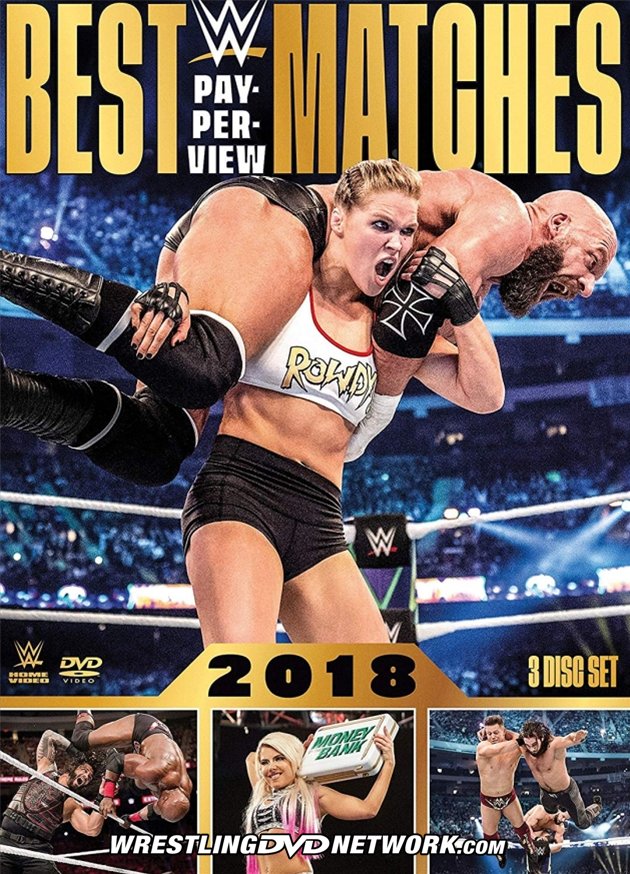 This month’s TLC: Tables, Ladders & Chairs 2018 Pay-Per-View will hit Home Video in January and is another of the four new titles listed on Amazon.com.

Following recent trends for the PPV DVDs this one has been pencilled in as a 2-disc set.

WWE TLC is the one night out of the year where no table, ladder, or chair is safe from destruction!

Don’t miss RAW and SmackDown Superstars bring out the furniture as WWE ends this year with a bang!

The Royal Rumble 2019 DVD will follow in March – also with two discs. That’s DVD only for the United States with no Blu-ray edition on the horizon (except if you’re in the UK or Germany).

Unfortunately we have learned that as of now the Topps trading cards will no longer be included in the PPV DVDs moving forward, as you may have noticed with Super Show-Down and this week’s new Evolution DVD.

The Road to WrestleMania begins as 30 Superstars from RAW and SmackDown Live enter WWE’s most prestigious over-the-top-rope free-for-all… the Royal Rumble.

Which Superstars will win the epic match and write their name in history while getting a one-way ticket to headline WrestleMania?

All of these aforementioned titles have now been given a release date for the United States market. See the updated list on our WWE DVD Release Dates page.

And with that another year of WWE DVDs (and Blu-rays, sometimes) is about to begin!