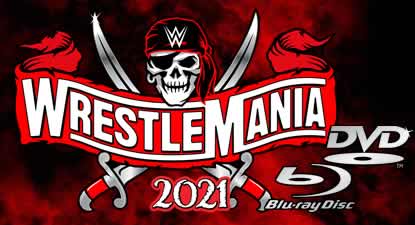 WrestlingDVDNetwork.com is back with your exclusive update on the WrestleMania 37 DVD!

First of all, let’s get a look at the full sleeve artwork planned for the Home Video release in the U.S., giving us a sighting of the back cover artwork: 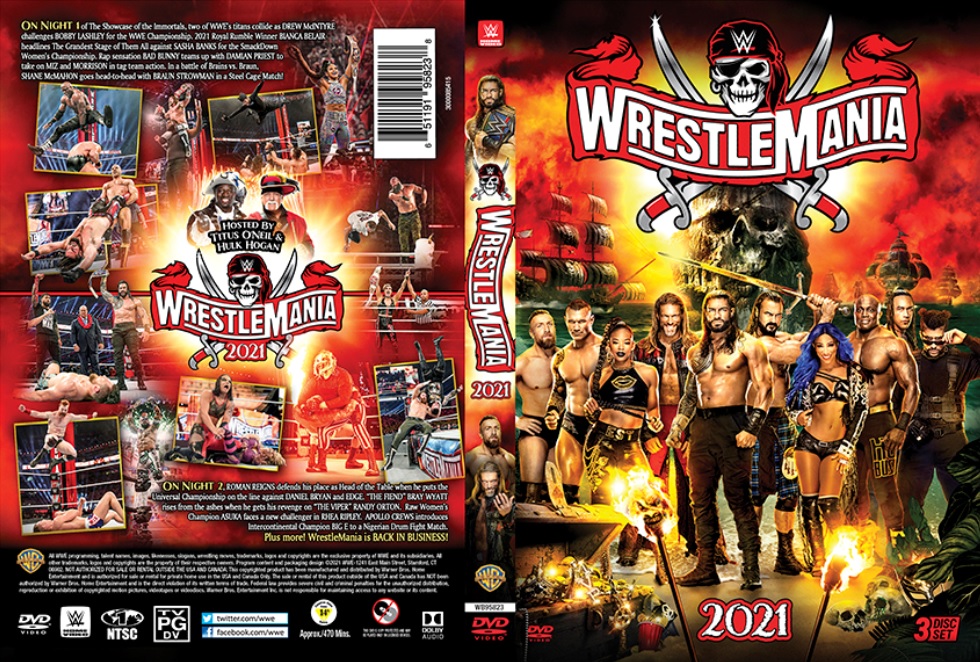 We’ve also got our hands on the FULL content listing that WWE has finalized for the ‘Mania 37 DVD and the Blu-ray. The listing reveals that one of the DVD’s discs will be devoted entirely to special features, while fans in the UK are still being treated to a bonus disc with even more extras!

A special thank you to WDN reader Trevor Mccormack (who has a YouTube channel, “djtaz316”) for contributing to this post. 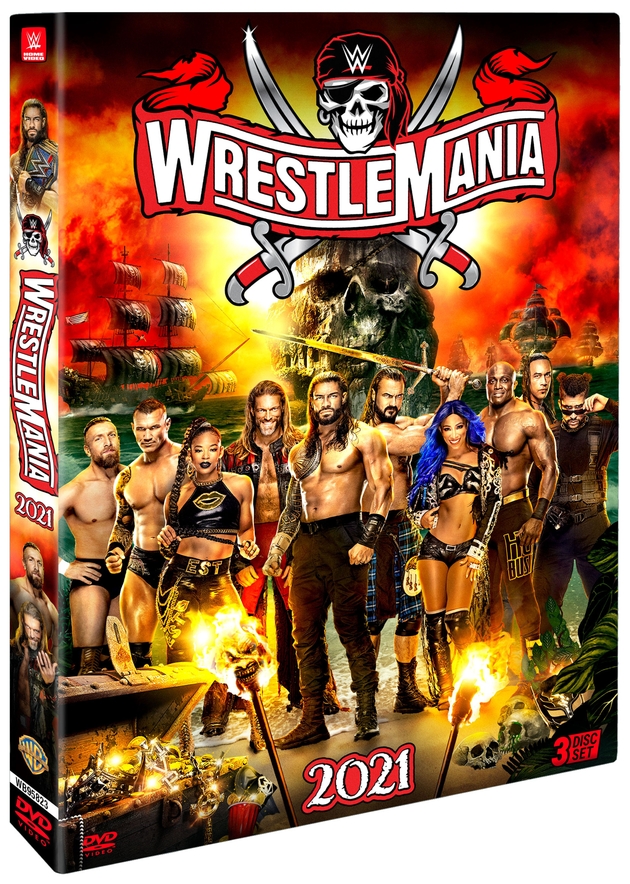 PRE-ORDER NOW: Heads up, WrestleMania 37 is now available to pre-order in the United States; click here to Amazon.com to grab the 3-disc DVD or here for the 2-disc Blu-ray.

On Night 1 of The Showcase of the Immortals, two of WWE’s titans collide as Drew McIntyre challenges Bobby Lashley for the WWE Championship. 2021 Royal Rumble Winner Bianca Belair headlines The Grandest Stage of Them All against Sasha Banks for the SmackDown Women’s Championship. Rap sensation Bad Bunny teams up with Damian Priest to take on Miz and Morrison in tag team action. In a battle of Brains vs. Braun, Shane McMahon goes head-to-head with Braun Strowman in a Steel Cage Match!

The Land of Beauty

Bayley is Too Sweet

On Night 2, Roman Reigns defends his place as Head of the Table when he puts the Universal Championship on the line against Daniel Bryan and Edge. “The Fiend” Bray Wyatt rises from the ashes when he gets his revenge on “The Viper” Randy Orton. RAW Women’s Champion Asuka faces a new challenger in Rhea Ripley. Apollo Crews introduces Intercontinental Champion Big E to a Nigerian Drum Fight Match.

Plus more! WrestleMania is BACK IN BUSINESS!

The Beauty of it All 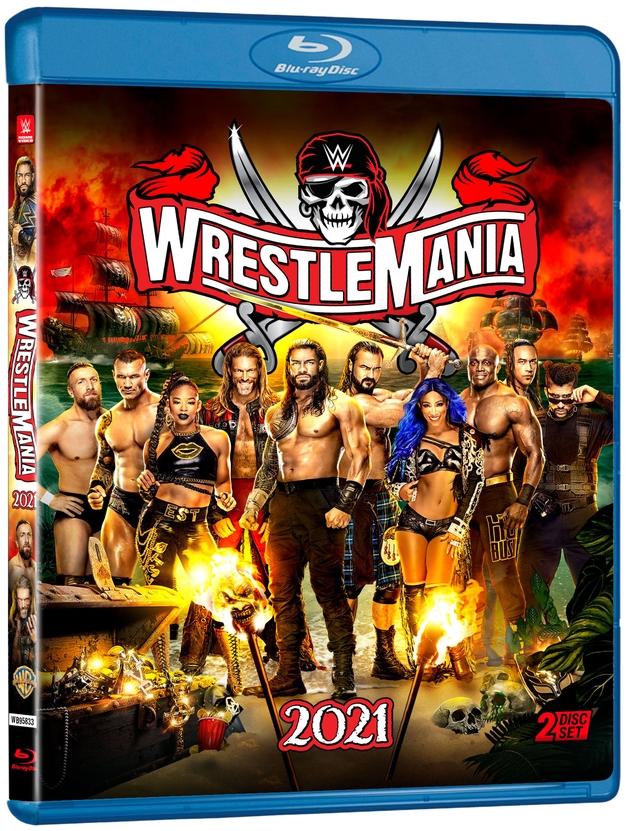 PRE-ORDER NOW: Heads up, WrestleMania 37 is now available to pre-order in the United States; click here to Amazon.com to grab the 3-disc DVD or here for the 2-disc Blu-ray.

This year, the third disc of the DVD is devoted entirely to extras from WrestleMania week – additional content from RAW, SmackDown and NXT TakeOver: Stand & Deliver!

The special features will be included on both the DVD and the Blu-ray.

As we’ve reported, Fremantle in the UK will be offering an exclusive version of ‘Mania 37 in Europe, with alternate artwork and a DVD bonus disc. This was initially in the works as “The Best of WrestleMania Week”, however that’s now covered by the third disc, as you saw above.

The bonus disc is now planned to be “The Best of RAW & Smackdown after WrestleMania” instead, the content of which should be unveiled in the next week or so.

UPDATE: The bonus disc content has now been revealed:

Pre-orders for this exclusive are available now at WWEDVD.co.uk. 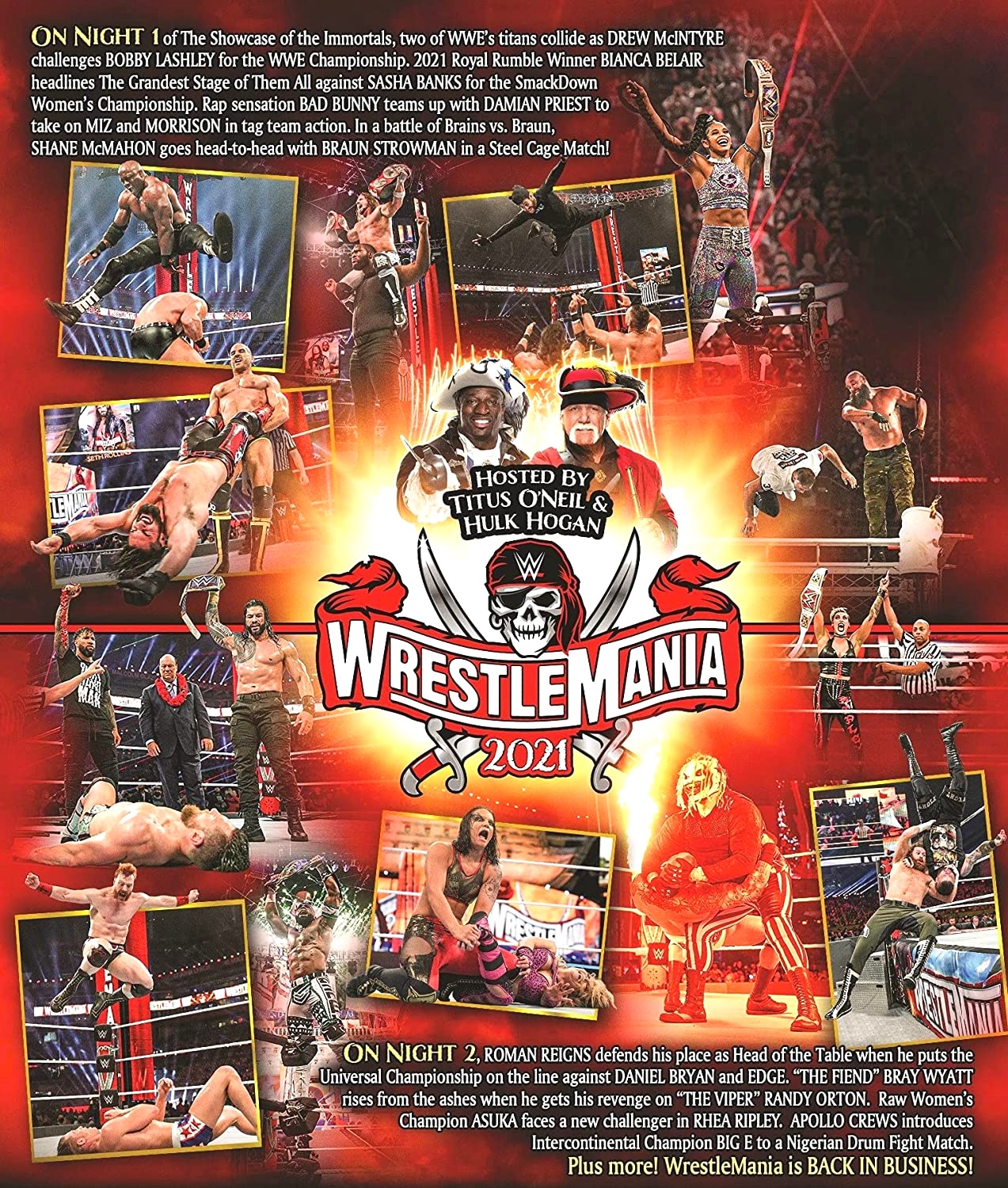