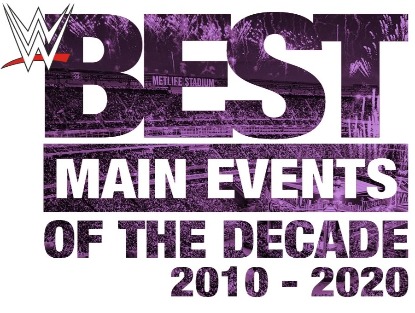 In a turnaround on WWE’s original plans to make the 2020 schedule of WWE DVDs PPVs only, this month the company added a new “Best Main Events of the Decade: 2010-2020” DVD to the schedule, in a break from the regular stream of monthly PPV releases.

The 2-disc, 6-hour WWE DVD feature is on the way for August and it’s definitely NOT being produced only for the UK and Europe; we have it confirmed for North America too!

Today, WrestlingDVDNetwork.com exclusively reveals the full content listing for this unexpected release, which names the 12 greatest matches of the decade, kicking off with the “Streak vs. Career” match between The Undertaker and Shawn Michaels at WrestleMania 26.

The last decade in WWE was filled with some of the most breathtaking, epic main events in history.

Shawn Michaels and The Undertaker battled in the emotional Streak vs. Career match. The Rock and John Cena clashed in a battle of generations that we never thought we would see. Brock Lesnar and Roman Reigns faced off in the main event of WrestleMania 31, but neither man left with the championship!

Charlotte Flair and Sasha Banks made history in first ever women’s Hell in a Cell match. And history was made again when women main evented WrestleMania for the first time, as Ronda Rousey, Charlotte Flair, and Becky Lynch battled to take home all the gold. Plus many more epic main events featuring Triple H, Seth Rollins, AJ Styles, Braun Strowman, Drew McIntyre, and more.

Main Events That Define The Decade

No Disqualification Elimination Match
The Shield vs. Evolution
Payback • June 1, 2014 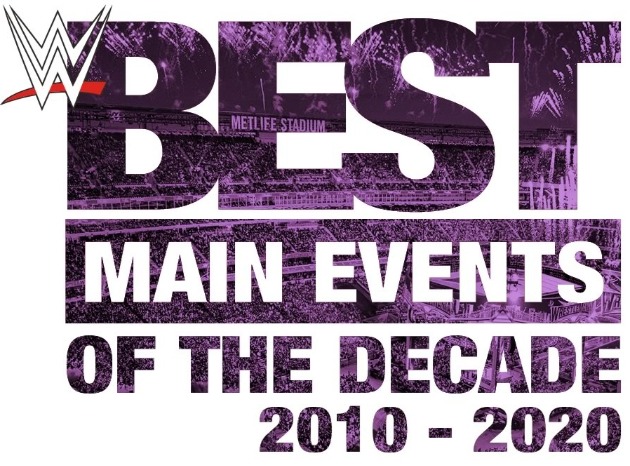 – United States: August 11th. A product listing for the DVD is expected soon on Amazon.com.